When I woke up, the Cathay Pacific app reflected that my family and I had all been upgraded to Business Class from Economy Class. What made the upgrade even sweeter was that we were upgraded to Cathay’s awesome long-haul Business Class cabin.

We checked in at Cathay Pacific’s Business Class counters at Hong Kong Airport, where the agent informed us of our operational upgrade. After dropping off our bags, we were sent on our way through security.

After spending a while at Cathay Pacific’s The Pier Business Class lounge, which Alvin has reviewed before, we headed to our gate where a Boeing 777-300ER decked out in Cathay’s brand new livery (which, despite initially hating it, is one of my favourites).

Cathay Pacific’s 777 business class is laid out in a 1-2-1 configuration. Our 777 featured first class, so there were two rows behind first class in front of the second doors, and a huge cabin with 11 rows behind that. Obviously, being operationally upgraded on the day of departure, I couldn’t snag seats in the front mini-cabin, though you should if you find yourself in this configuration.

This reverse herringbone configuration is basically identical to what you’d find on Cathay Pacific’s longhaul flights (Alvin’s review of his flight from Hong Kong to Sydney dives deep into the hard product, so I won’t be reviewing it as detailedly on this flight.) Do keep note that on flights between Hong Kong and Bangkok, not all flights feature this longhaul configuration; you may be stuck on Cathay Pacific’s far inferior regional business class, so check your seatmap accordingly before your flight.

I was welcomed by the friendly Senior Purser who directed me to my seat, 26A, in the last row of the rear Business Class cabin.

We were parked next to a China Airlines A330.

As is expected for what is one of the world’s best Business Class hard products, there was a ton of space to stretch out. 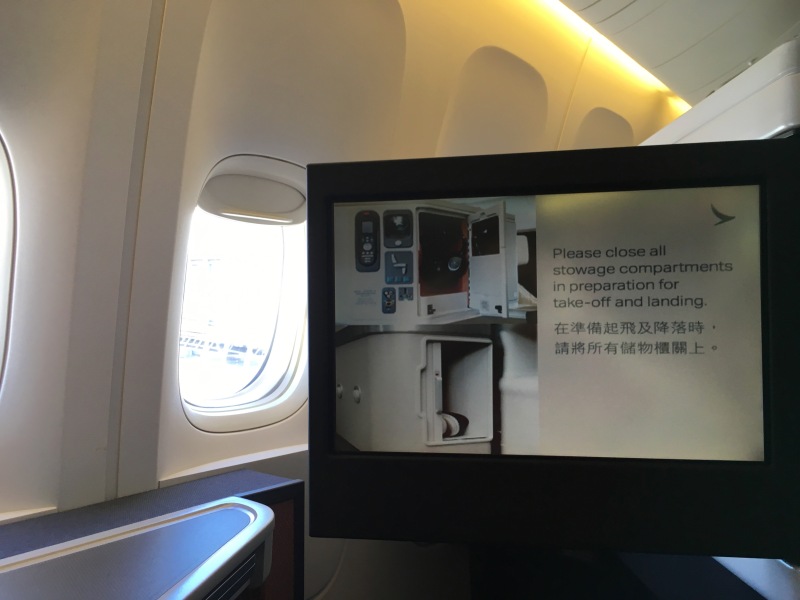 After a 20 minute delay because of air traffic flow control, we taxied to our runway, where we passed by an assortment of traffic. 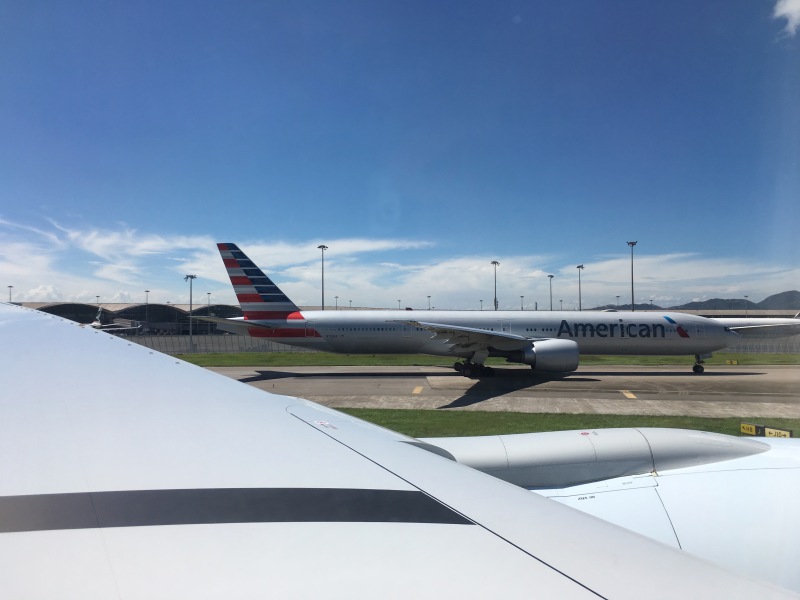 Eventually, we took off after spending a little bit of time waiting for takeoff.

Shortly after takeoff, the cabin crew started the meal service. Cathay Pacific serves an abbreviated meal on routes including Hong Kong to Bangkok, Bangkok to Singapore, Hong Kong to Ho Chi Minh, and flights from Taipei to Japan and Seoul. Essentially, a salad with protein is served in lieu of a full starter and the side salad, which is then followed by the main course and dessert.

The starter for this flight was a cold sesame prawn salad with julienned vegetables and tofu. While the prawns were tasty and the sauce was decent enough, the vegetables were truly revolting.

Shortly after receiving my main, my Cathay Delight arrived, which is one of my favorite drinks of all time.

It’s worth noting that despite claiming that “our menus are ever changing”, Cathay Pacific can’t seem to think of new recipes. Case in point, here’s what I was served when I flew on another flight from Hong Kong to Bangkok exactly one year ago.

The menu was identical to the one that was served the previous year, which I honestly find so disappointing. I know that Cathay Pacific is in the process of cutting costs, but is it too hard to invest in developing some new recipes?

Back to the flight, the meal service concluded with a tub of Haagen Dazs ice cream, which is always a treat.

Throughout the meal, the service was friendly and the crew was well-intentioned. However, with 54 passengers to serve, they were clearly hustling. As is usually the case on Cathay, the service felt a lot like an assembly line.

Before we knew it, we had started our descent into Bangkok Suvarnabhumi Airport. 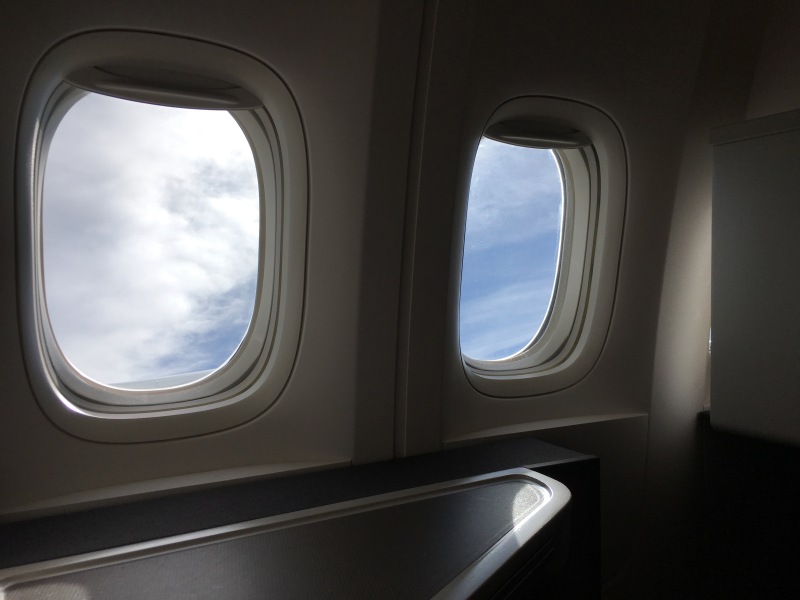 We got some really nice views of Bangkok and their famous “spaghetti roads” as we descended into the airport.

Eventually, we touched down on time. Immigration was a breeze, and we were soon on our way to the Oriental Residence Bangkok.

It’s a real treat to have been upgraded, even on such a short flight. The hard product was phenomenal as always and continues to be one of the best Business Class seats in the industry despite having been introduced 5 years ago. Although I was disappointed how the menu was exactly same as the one the year before, I can’t complain, considering the food was quite decent. All in all, this was an excellent flight.