Earlier I covered some of the overall winners that were given out at the Skytrax 2017 airline awards ceremony. I know that business class is what the majority of frequent flyers fly on most of the time (while I know that a majority of people fly economy, many are travelling on vacation twice a year, and you shouldn’t need to frequently fly in economy if you manage your miles and points correctly). I’ve had the opportunity to fly quite a few great business class products over the past few years, so this is one of the awards that I have the most to talk about.

Singapore Airlines won the best business class of 2016 – did they retain their win?

The Best Business Class Of 2017

The best business class of 2017 overall went to:

Qatar Airways is being constantly innovative with their business class product, and were the first to introduce double beds in business class (Delta beat them to the doors, but Qatar’s planes with doors are flying first this week). Their 777s are the backbone of their fleet, and feature basically the same crappy business class product as Korean Air, so I’m not sure if they’re the overall best, though I guess Singapore Airlines flies their angled lie flat A330s to Singapore as well, and they managed to win last year, so I’ll assume these results are potential based, and weighted more heavily on their flagship product. 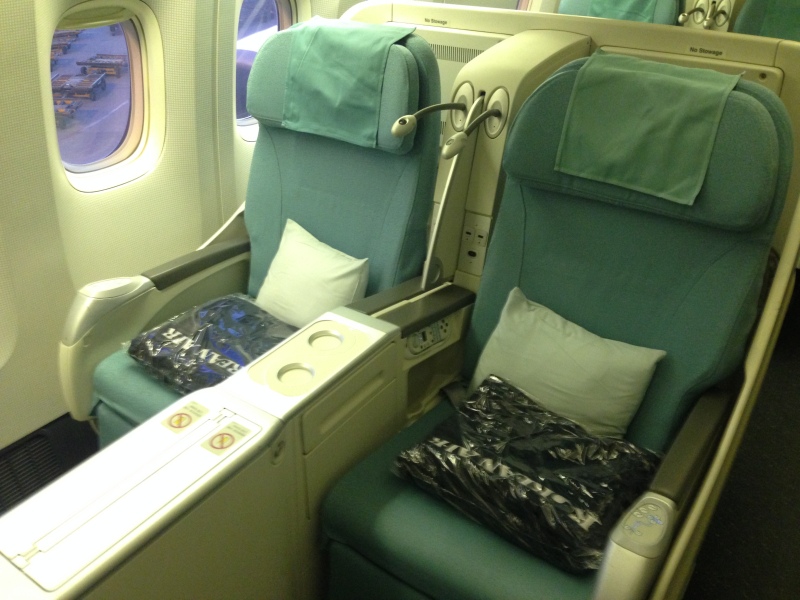 Korean Air and Qatar Airways’ 777s both feature the B/E Aerospace Minipod, but Qatar Airways has one less seat per row for a total of six seats

I’m curious how Lufthansa’s business class product managed to beat out Turkish, Garuda, EVA, Emirates and Cathay Pacific, so let’s read on. Japan Airlines scored eleventh, though I’ve read from multiple sources that they have some of the best seats, service and food in the industry.

The Best Business Class Lounge Of 2017

The best business class lounges of the year went to: 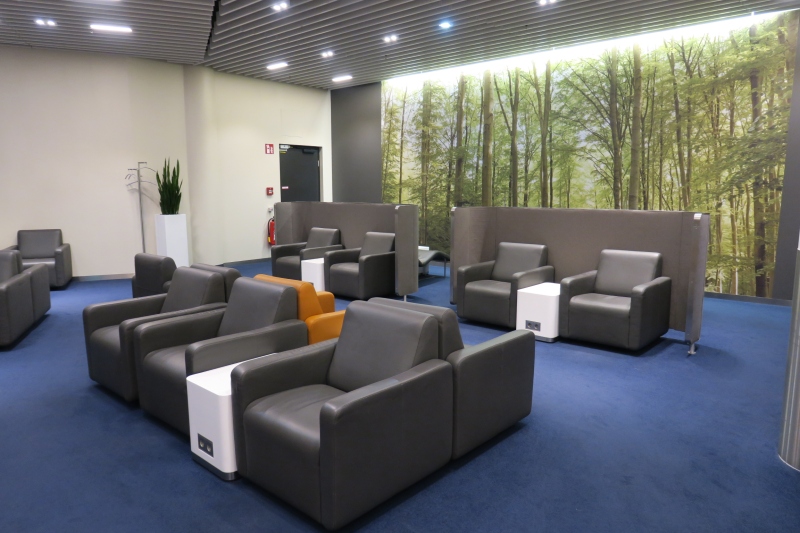 Better than I expected, but one of the world’s top five business class lounges? No way

The Best Business Class Seat Of 2017

The best business class seats of the year went to:

I’ve only had experience with one of these seats before, but I think that I have a rather good idea of what all these products would be like, especially being an avid trip report reader as well as a writer. I’ve flown in reverse herringbone seats before, I’ve flown in staggered seats before and I think I know what an Apex suite would feel like (I’ve sat on my sofa with two pillows propped up against me on each side before, so I would know). 😉

Singapore Airlines has a really wide business class seat, though I know that it could be hard to sleep in it, since you have to sleep diagonally. I’m not sure how Swiss’ business class seat is any better than other reverse herringbone seats out there, such as Cathay Pacific’s or American’s.

The Best Business Class Catering Of 2017

The best business class catering of the year went to:

I’m rather surprised to see Virgin Australia at the bottom of this list, and for that matter not included in the top 10 of business class products as well. Their entire longhaul fleet runs on reverse herringbone seats now, and I’ve heard that their service, food and amenities usually top notch. That said, I guess that they aren’t a crowd favourite, so I can’t speak for everyone that voted.

Turkish, Qatar, Etihad and Austrian all have compelling menus that I know earned their spots up as the top four, though I’m surprised, and rather shocked, actually, that Lufthansa made their way up the list at all. My two flights with Lufthansa have both had food that I would consider substandard at best, and some of the food was bad enough to give me food poisoning for the week after. 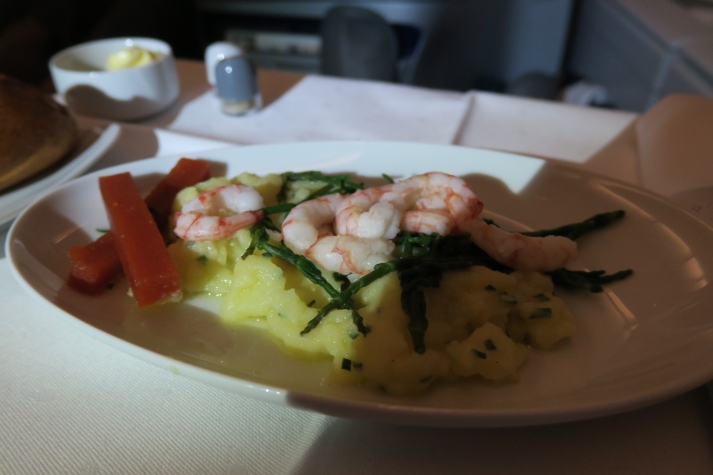 Lufthansa’s meals are often overcomplicated and poorly executed, as I’ve both read and experienced firsthand

The best business class lounge catering of the year went to:

Once again, I haven’t had much experience with these lounges, though I know that Turkish and Qatar offer great catering in their lounges as well. I know that Cathay Pacific’s lounge food is also great, at least at The Pier, their newest hub lounge at Hong Kong Airport. However, I’m not too sure why Lufthansa is so high on the list again, as their lounge food is average at best – good bratwurst and pretzels, granted, but it’s nothing special. If anything, I think that Swiss deserves a spot on this list for their great food at the Terminal E lounge.

Lufthansa’s bratwurst, sauerkraut and pretzels are good, though not excellent

The best business class comfort amenities of the year went to: 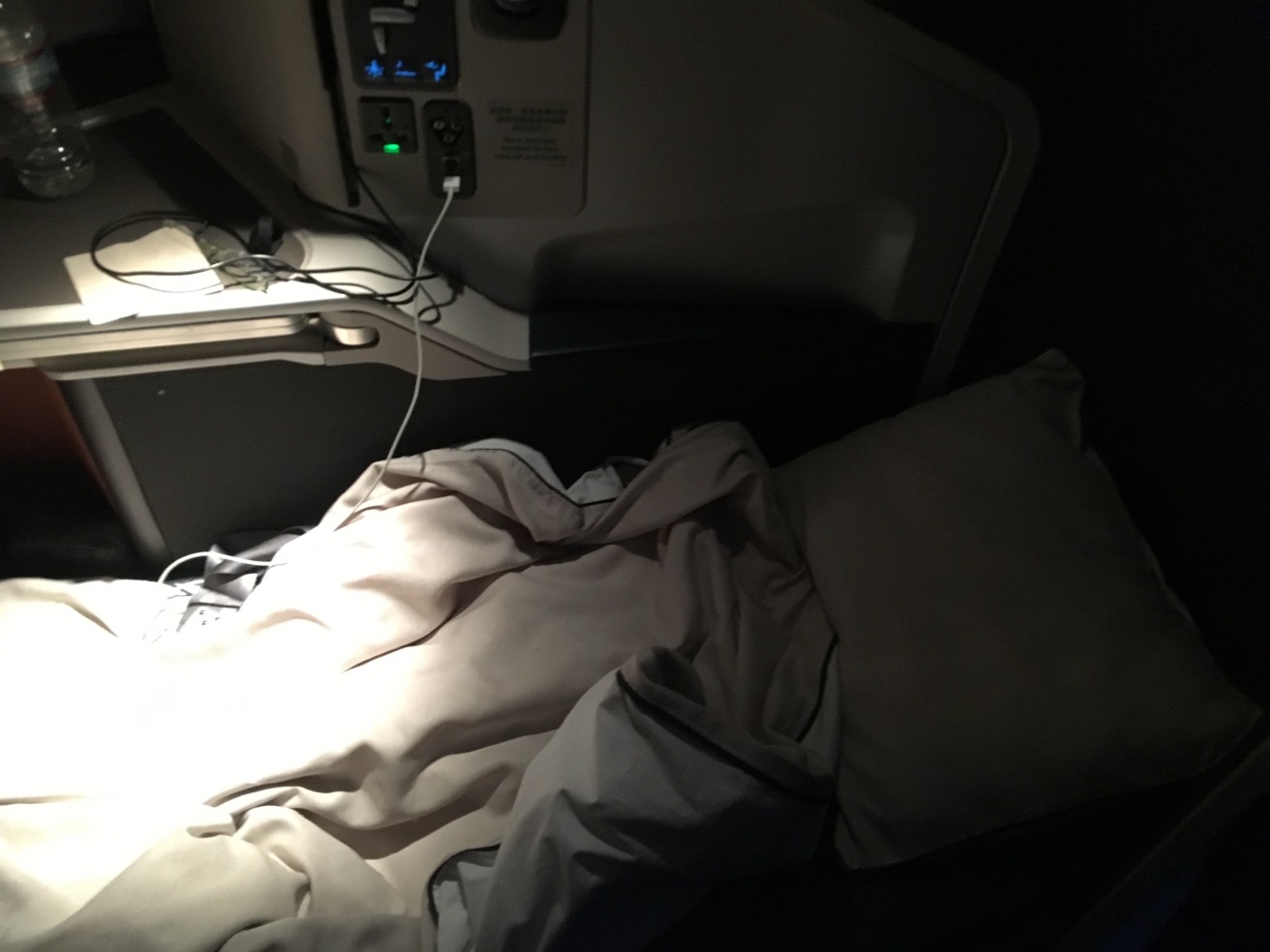 Cathay Pacific’s bedding is good, but is it really heavenly?

I’ll be talking about premium economy and economy as well – I’ve had quite a bit of exposure to economy, and I think I’ll be able to add my thoughts to it.

I am quite surprised at some of the results, and don’t agree with some of them – I definitely don’t think Lufthansa does particularly well in the catering department, and think that Cathay Pacific’s business class definitely deserves a spot up on the list of best seats, especially when Swiss’ seats are also on the list (you have to pay for a throne seat now, and their other window seats don’t even have direct aisle access).

Cathay Pacific has a good business class seat, even though we rag about their other services

I wouldn’t put too much weight on these results, but apart from the aforementioned points, I do think they’re representative of what I’ve heard from other reporters in the industry.