Being in the travel industry for a while I know that it’s more economically viable to book trips either seven months out or seven days out. Being a student, the former works better for me, though I know that the latter is kind of a better way to make travel easier.

Getting to the point, I’ve booked for a student tour to be on Virgin Atlantic economy and am looking at extra legroom seating. While premium economy comes in over HK$21,000 (in comparison, Korean Air business class for two more hours comes at HK$7,000 more), I have no problems with an extra legroom seat, even if I end up in a middle seat beside a friend I’ll be with (yeah, I figured the “book the aisle and the window” strategy doesn’t work when there’s one extra legroom row in total). Given I’m sitting next to a friend I have basically full access to one of the 787-9’s windows, which I’m looking forward to.

While it’s half a year out, I value extra legroom, a window seat, and sitting next to my window-seat loving friend…I’m looking at crossing out two of these, as long as I still get to play with the window. 😉

An extra legroom comes at HK$590, which is a pretty great value for 13 hours, and even if travelling alone, I’d probably be inclined to take it. But then, a normal seat selection costs HK$300.

I mean, Thai Airways gives out seat requests for free on its lowest fare class, and we booked fare X on Virgin Atlantic, which, while not an upgradeable fare class, is far from its lowest. 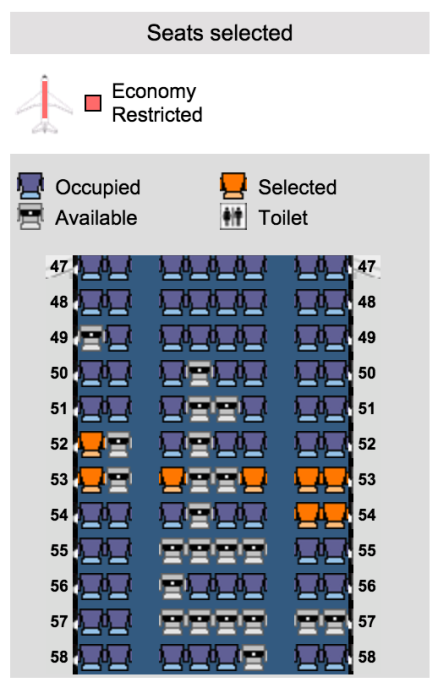 While I get that people should pay for seats they prefer, that should be in the fare class base fare and not in addition, in my opinion.

Either way, even if I can’t secure an exit row seat in time, I’ll go the extra $300 to not get stuck in a middle seat (like I did on a Singapore A380 flight before the blog).