I’ve had quite a close relationship with Hong Kong Airlines, and have always been fond of their well-constructed shorthaul network. I’ve been fortunate enough to fly their A330 between Hong Kong and Osaka, and have also been invited to tour their newest A350, which I’ve found to be a very nice aircraft, both inside and out.

Unfortunately Hong Kong’s dismal financial situation brought some of the shortcomings out of Hong Kong Airlines, including their somewhat confusing longhaul network, and some of their internal financial instabilities. I’m finally off university exam period, and figured I’d share some of my thoughts, as I really do wish the airline well.

Hong Kong Airlines’ close call to getting out of business

Early this month it was reported that Hong Kong Airlines was unable to pay its staff (as well as an HK$550 million bond) sufficiently. For that reason, the Air Transport Licensing Authority of Hong Kong gave Hong Kong a deadline where they’d have to find investors in order to keep their license. Fortunately HNA acquired loans from eight third-party banks by the end of the week securing a cash injection that was able to pay Hong Kong Airlines’ outstanding payments. 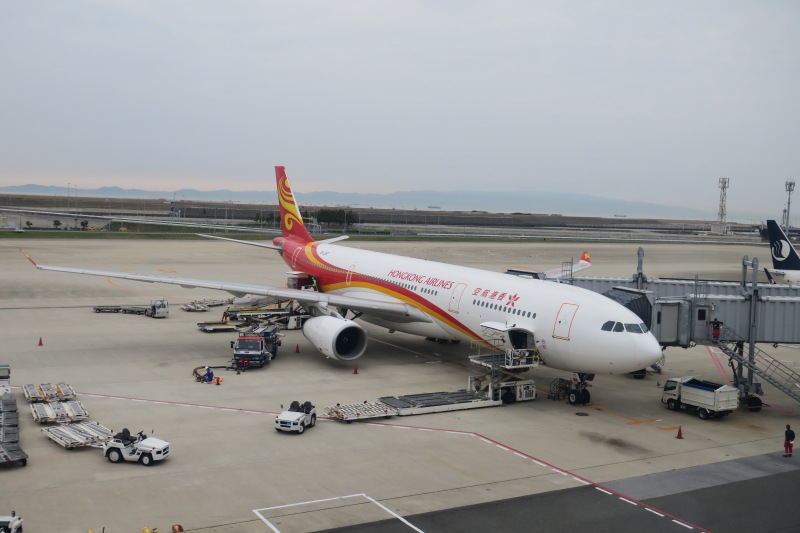 I’m very glad that Hong Kong Airlines has been able to secure a payment, but their ongoing financial struggle cost them all of their longhaul flights. After axing their Los Angeles and San Francisco routes, Hong Kong Airlines recently announced that they’d axe their Vancouver route as well, leaving them with a bunch of longhaul aircraft and no longhaul routes whatsoever.

Furthermore, a few A320s and A330s were seized by the Airport Authority of Hong Kong after they missed a payment. Hong Kong Airlines also returned two of their A350s featuring their leased business class configuration.

Hong Kong Airlines’ odd position and what they could focus on

I’ve long admired Hong Kong Airlines’ desire to grow, but felt like they reached out to longhaul destinations a bit quicker than they should’ve. They have a very solid shorthaul network (with somewhat undesirable slots, but low prices to make up for it), but they only flew to Los Angeles, San Francisco and Vancouver. They had a really good onboard product to complement their longhaul flights, so I was very impressed by how quickly they were growing.

Hong Kong Airlines was not built on a very stable expansion plan. While I really admire the team that currently operates the airline, the flaws of their previous business plan caused many gaps in the airline’s business structure. For a while Hong Kong Airlines operated all business-class flights to London Gatwick, then they decided to fly to Moscow Vnukovo, the city’s smallest airport…none of these decisions have made much sense, and all these projects have been short lived, which contributed to their slow growth early this decade.

I’m very glad that they were able to rein it in and focus on shorthaul flights for a bit, especially smartly utilising the aircraft that previously operated for their Gatwick flights. Ultimately some of Hong Kong Airlines’ shorthaul network still differs from many larger airlines, with problems that probably need to be initially addressed.

Here are what I feel like Hong Kong Airlines’ next steps could include:

I’m not trying to play armchair CEO here, and I understand that there are business decisions made at Hong Kong Airlines that got them to where they are. Hong Kong Airlines has just been put in a particularly hard position because of their youth and Hong Kong’s political instability, and their previous flaws have come back to haunt them. I’m simply basing my own opinions off how other airlines have excelled and grown into giants in the past couple of decades, recession or not.

I’m hoping that Hong Kong Airlines can find a business plan that works for them, especially because I’ve met some great people from the airline that are incredibly knowledgeable and clearly know what they’re doing.