Turns out that all my guesses were right, and Cathay Pacific is in fact, as of 2018, launching direct flights to Brussels, Copenhagen and Dublin. These are three routes that are currently not operated by any other airline, so Cathay Pacific will monopolise the direct-flight market on these routes.

I was rather excited about these destinations, and reasoned them in my last post, so won’t do so again. Feel free to check out that post for the presumed logic behind Cathay Pacific opening markets to these destinations.

Cathay Pacific’s route to Brussels will be operated by an A350 from March 25, 2018 under the following schedule four times weekly on Tuesday, Thursday, Saturday and Sunday:

Cathay Pacific’s route to Copenhagen will be seasonal (which makes sense, as demand to Scandinavia lowers during the freezing cold winters there). The route will be operated by an A350 from May 2, 2018 to October 12, 2018 under the following schedule thrice weekly on Monday, Wednesday and Friday:

Cathay Pacific’s route to Dublin will be operated by an A350 from June 2, 2018 under the following schedule four times weekly on Monday, Wednesday, Thursday and Saturday:

All of these times seem to be “standard” for Cathay Pacific’s European destinations, in that they leave after midnight from Hong Kong, arrive in the early morning, and leave the European destinations late morning. It’s the best way they can utilise their aircraft while catering to passengers from both destinations, though personally I find the return flight a pain in the ass, as it’s hard to nap during the flight, and you arrive Hong Kong in the early morning while it approaches midnight at your origin destination.

Fortunately Cathay Pacific’s A350s feature WiFi, so this makes passengers’ inability to sleep slightly less problematic. Business class fares for all three destinations seem to be consistent at HK$34,450 roundtrip, which isn’t cheap, though isn’t as expensive as most of Cathay Pacific’s other European destinations where a roundtrip can potentially retail for HK$40,000+. 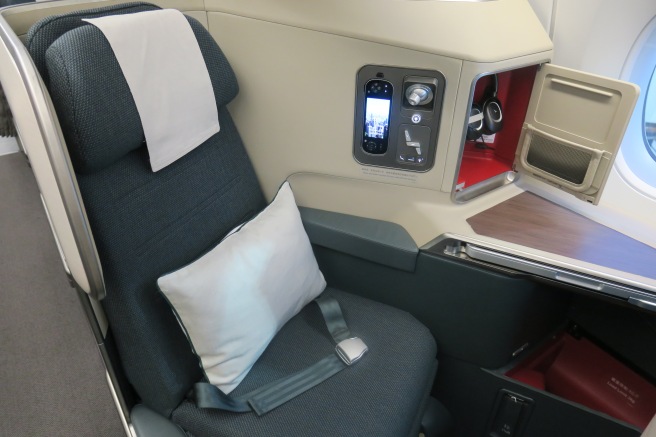 Premium economy is a lot more reasonable, with HK$10,800 introductory fares (which is actually great compared to what Cathay Pacific usually charges for premium economy on some of their other routes). 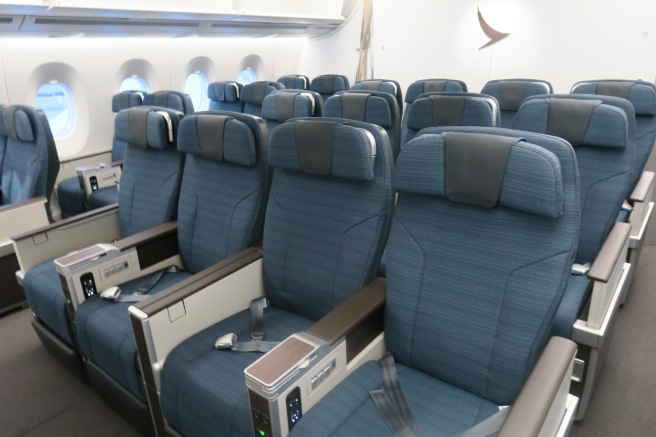 Economy class has some rather crazy cheap HK$4,580 fares, which I’m sure some leisure travelers planning to book early would enjoy. Cathay Pacific’s A350s feature a rather comfortable economy class product featuring their latest economy seat, laid out in a 3-3-3 configuration (unlike how their 777s are slated to be configured in the future). 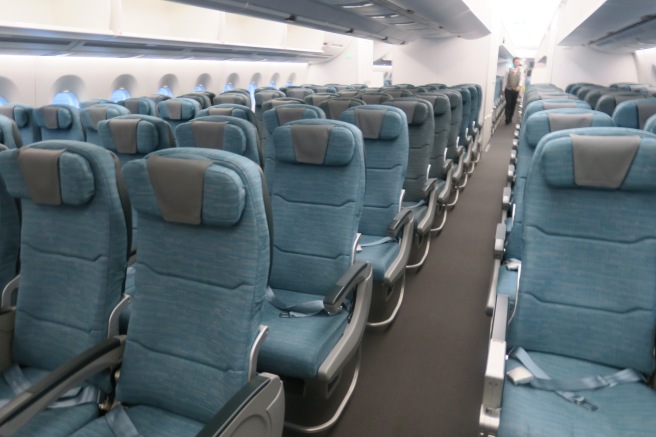 WiFi on these A350s to these destinations will be charged by time, which is great – an hour pass will cost US$9.95 (~HK$78), whereas a full flight pass will cost US$19.95 (~HK$156). That’s a great value, considering how many airlines are switching to usage-priced WiFi nowadays.

I’m excited to see Cathay Pacific expand their A350 routemap, and am also happy to see great introductory fares on these routes. I’m hoping to try Cathay Pacific’s A350 longhaul in either cabin class in the future, so would certainly consider taking one of the premium economy fares if I wished to go to one of these destinations in the future.

Is anyone planning to take any of these new routes?