I’m not sure when this was released, as Finnair has kept incredibly quiet about this, to the point where Jason found out through Finnair’s website when he was reading more into the product. It’s established on this site that Finnair offers one of the better business class products out there, as they have great service, great food, great reverse herringbone seats on most of their routes to Asia (those operated by the A350), great Marimekko amenity kits, as well as free WiFi for every business class passenger upon availability. 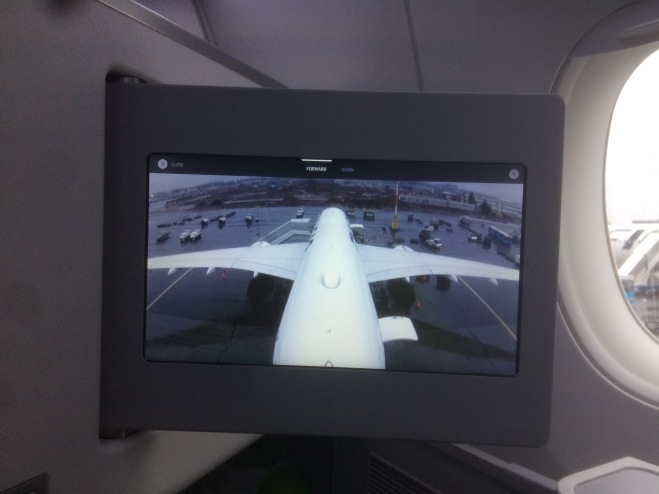 However, it looks like one of the above amenities is being cut. As of now Finnair is no longer offering flight-long free WiFi for business class passengers. Instead, they are now offering one hour of unlimited free WiFi, then they’ll have to pay the standard rate after that.

Ultimately I understand when airlines are secretive about such changes, though Finnair has been perhaps too secretive about it. Jason’s booked on Finnair in the near future (as of next week, I believe) and this came as a rather nasty shock to him, as we learned through his post yesterday. According to him, Finnair’s WiFi was still pretty fast even when shared with all business class passengers and Finnair elites, though I’m sure that it’s probably somewhat of a revenue based decision.

Ultimately Finnair is still charging reasonable prices for their inflight WiFi, though as a business class passenger I would hope for much better speeds. Finnair charges €7.95 for 1 hour of access, €11.95 for 3 hours of access or €19.95 for whole flight access, which I believe is pretty reasonable, with no data caps.

It’s definite that Finnair has just lost a great amenity, as there aren’t many other airlines that allow unlimited WiFi on multiple devices to their business class passengers. However, Finnair is still a compelling option between Hong Kong and Europe, and even if I think this change is pretty big, I’m sure it won’t sway away too many other travelers.