I know that the Gulf countries have long had beef with one another, but I was still rather shocked at the suddenness of this morning’s news. Saudi Arabia, the UAE, Egypt, Bahrain, and Yemen have cut ties with the Qatari government over alleged “support of ISIS and al-Qaeda groups”. This has impacted airlines including Emirates, Etihad, flydubai and Qatar.

The Qatar stock market has plummeted after this, and I’m not sure about the cause yet (though in my opinion, there probably is a reason why only the Gulf countries are getting involved in this dispute).

How does this impact airlines?

Emirates and Etihad has announced that they will no longer fly to Doha from Tuesday onwards. The last flights between Dubai and Doha on Emirates “until further notice” will be: 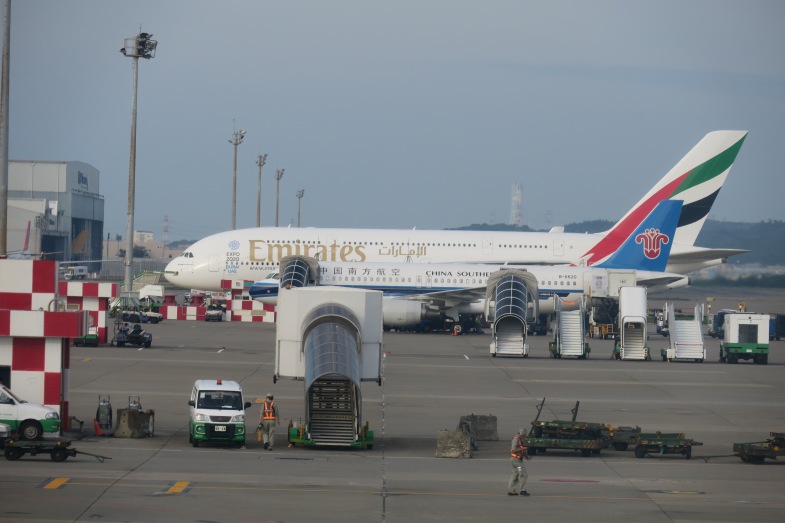 Etihad will also cease flights from Abu Dhabi to Doha, with the last flights being:

To accommodate everyone leaving Qatar due to this incident, Etihad has upgraded the A320 normally operating this route to a 777

flydubai has also suspended flights to Doha from June 6th onwards, with the last flights being as follows:

flydubai will stop flying to Doha on June 6

Qatar Airways hasn’t announced any stopping of flights to the UAE, though they will cease all flights to Saudi Arabia from June 6th onwards. (They will have to stop flights to the UAE shortly, as the Gulf allies have closed their airspace to Qatar Airways.) I haven’t seen any websites reflecting these changes yet (FlightRadar24, FlightAware and Google all show that there will be flights beyond the above stated), though I’m assuming they’ll be logged in shortly.

Qatar Airways will stop flying to the countries mentioned

Citizens of the UAE, Egypt, Bahrain and Yemen in Qatar have been given 14 days to leave, while diplomats have been given a mere 48 hours. I assume the same is true vice versa, but I haven’t read anything stating so yet.

What is the credibility of this incident and should you cancel flights on Qatar Airways?

The Qatari government has repeatedly denied having ties with any terrorist groups, though they have been accused of “supporting, funding and embracing terrorism, extremism and sectarian organisations”, as per BBC quoting news agency WAM. Qatar has been accused for such by all four countries for an extended period of time, though once again with no credibility – they participated in the US-led military action against IS in Syria, and the IS just serves as a convenient blaming point for the Gulf allies to go to war with Qatar.

So if I was flying Qatar Airways in the near future (I am), I would be wary of the news, though wouldn’t jump to conclusions yet.

I hope that the situation between Qatar and the Gulf allies de-escalates, though I know that would be very unlikely. I would recommend citizens of the aforementioned countries in Qatar to leave, since the tension between these countries will soon increase. If you are planning to fly Emirates, Etihad or flydubai to Qatar in the near future, I would recommend tweeting them, as at this point you are unlikely to receive a reply if you contact their call center. If you are planning to fly Emirates, Etihad, flydubai or Qatar Airways but haven’t ticketed yet, I would consider alternative routings, as the tension between these countries will definitely escalate further. However, I wouldn’t think much about it if I were flying any of these airlines in the near future.

My heart goes out to those directly affected by this situation, as well as those affected by the recent London and Manchester attacks.