Skip to content
Home » Cathay Pacific’s A340s Have Been Retired

While the Cathay Pacific 747 retirement has been a big blow to Hong Kongers, no one has really mentioned the A340. This is because the 747 has been around for a long time and has basically changed travel possibilities all around the world, while Cathay Pacific only acquired their first A340 in 1994. Nonetheless, the A340 served tons of routes around Asia and acted as Cathay Pacific’s backbone fleet before the 777-300ERs started dominating as of late.

Jason last wrote a review of the product mid-last year, upon an equipment swap from the A350. The last time I flew one of Cathay Pacific’s A340s was in 2014. According to Routes Online, the Cathay Pacific A340’s last flight occurred on March 26th, 2017 operating from Taipei to Hong Kong as CX 469. The aircraft in operation was B-HXJ, which will still be at Hong Kong Airport until it flies to Tarbes, France to be handed over to decommission and recycling. I believe most of us missed this due to an ongoing scheduling update, which saw numerous changes to the Cathay Pacific A340’s final flight.

What does this mean for people like us in the industry?

Ultimately, this is bad news for Hong Kong-based avgeeks, as Cathay Pacific now no longer flies four-engined aircraft. The Cathay Pacific fleet now consists entirely of A330s, 777s and A350s, of which the first two types have shorthaul and longhaul configurations.

This is a move we all saw coming, but I didn’t know it would come this early. I’m certainly sad to see them go, as the first flight I reviewed was on one of these planes. I don’t think I’ll ever forget the flight between Hong Kong and Auckland, walking around the economy cabin snapping pictures with my iPhone 4S. I had no idea it would be my last time on a Cathay Pacific A340.

Throwback to when this was a good picture

What does this mean for passengers?

I don’t see shorthaul passengers being affected tremendously by this, as A340 operations were scarce and irregular to start with. However, if you booked yourself on an A340 (or, in fact, on any shorthaul flight), you might want to check your equipment again.

However, this does represent the death of Cathay Pacific’s first-evolution flatbed herringbone seat, which was featured solely on 747s and A340s as of around 2014. Personally I am a little sad to see the seat go, albeit the fact that their new international business class products are much better. Fans of this seat may be a little disappointed. It also means that the shell seat economy product is only featured on the regional 777-300s, though those will all soon be gone in lieu of an apparently more ergonomic 3-4-3 product. That’s almost a good thing, as I’ve heard that by this stage most of the power ports are broken – as much as I hate to admit it, I’d take a narrow seat with working power ports over a wider seat with broken power ports, since I basically live on technology. What does this mean for Cathay Pacific? Hopefully their 777 move gives them a bit of extra revenue as well, as it’s probably the only good that can come out of that project.

What other airlines fly A340s to Hong Kong?

We’ve mourned over the diminishing of 747s at Hong Kong Airport. United pulled their 747s around a week ago in favor of a 777-300ER with a much better product. Lufthansa no longer flies 747-8s to Hong Kong – they fly A380s, due to the amount of demand there is. KLM still regularly flies a 747 to Hong Kong, and Korean Air has fun giving us 747-8s and 747-400s at times (and switching them up under mechanical difficulties). I believe China Airlines and Asiana still fly 747s to Hong Kong. 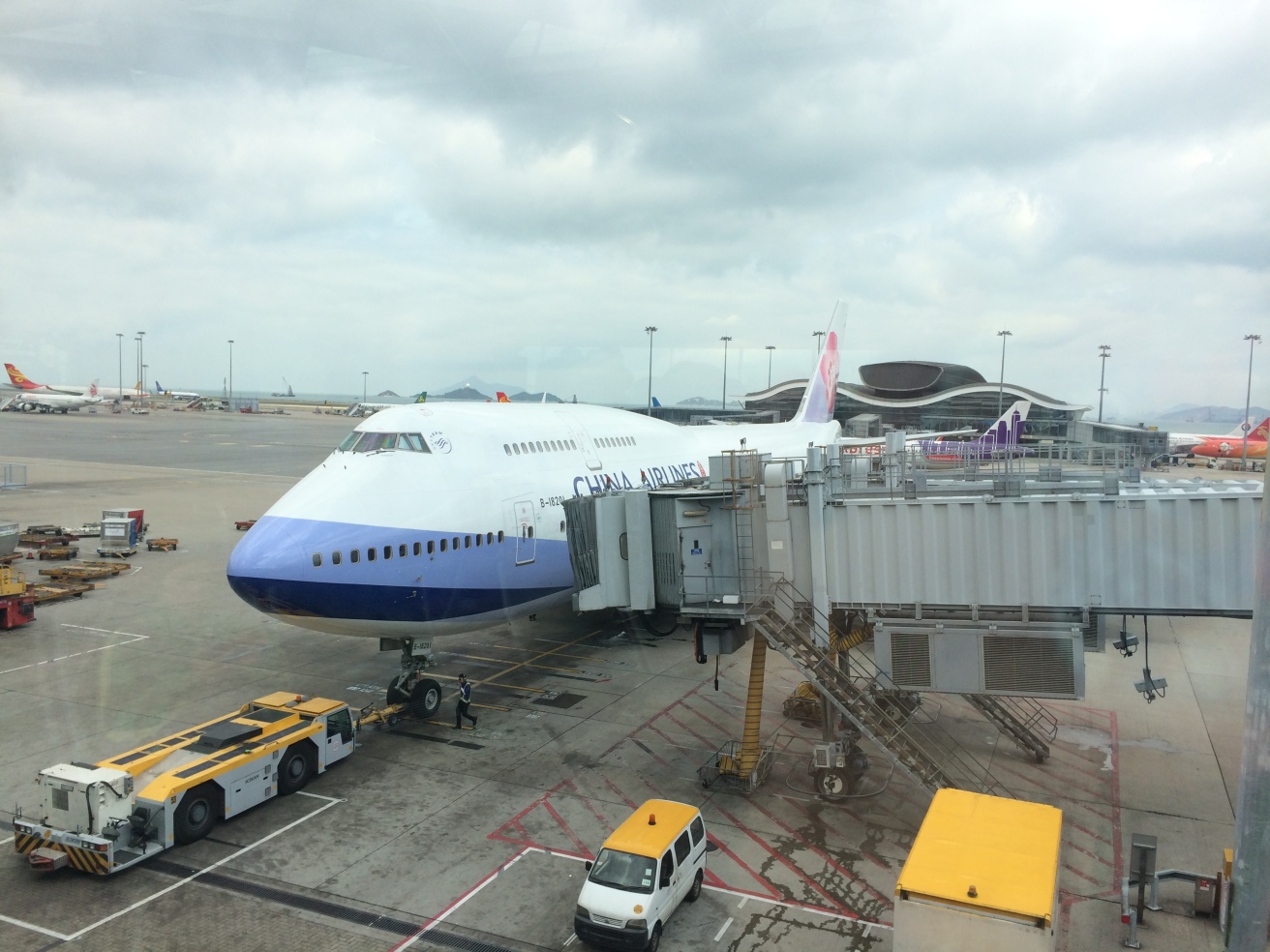 However, it’s notable that the number of A340s flying to Hong Kong is decreasing pretty rapidly as well, and I don’t think nearly enough of us avgeeks have been aware of it. Lufthansa still flies an A340 between Hong Kong and Munich, South African still flies an A340 between Hong Kong and Johannesburg, and I’m guessing China Airlines and Philippine Airlines may occasionally operate an A340 here (the latter doesn’t even have schedule any flights here, though they’re known for equipment swaps), though that’s about it.

Numerous airlines, such as Swiss, Virgin Atlantic and Finnair, used to fly A340s longhaul to Hong Kong, though have lately swapped them out for more fuel-efficient aircraft such as 777s, 787s and A350s.

So, if you’re an A340 enthusiast, I’d suggest taking one of the above airlines before they phase out their A340s from Hong Kong as well.

It’s sad to see four-engined aircraft being retired. It’s especially sad to see an aircraft as influential and powerful as the A340 being retired from an airline so quietly. At the same time, these aircraft are truly gas guzzlers, and the A340 didn’t have the majesty or importance to its name compared to the 747.

This represents an upgrade for (most) Cathay Pacific passengers, as their economy product wasn’t good at all, and their business class product was average at best. Their premium economy product can also be found across all other planes (apart from the A350, which features a newer product), so I don’t have much to say in that regard. The only passengers that see a downgrade are the passengers that booked themselves on an A340 but now see themselves on a regional 777.

Still, I’m sad to see them go and will make an effort to fly an A340 out of Hong Kong in the near future before the opportunity disappears. I’m probably going to try to go out of my way and go planespotting on the day when I know when B-HXJ will depart, since it’s Easter break, unless I have other commitments.

Is anyone going to go planespotting on April 10th just to see the final departure of the last Cathay Pacific A340?