After the 1994 Rwandan Genocide, the Rwandan government scrambled to create a new means of transportation for people to get in and out of Rwanda. That’s how Rwandair was formed, and it hasn’t really had that much of a reputation. It hasn’t even gained enough recognition for Skytrax to rate them, so really they haven’t made themselves relevent in the airline market yet.

Well, Rwandair is about to launch Airbus A330-200 flights four times a week from Kigali, Rwanda to Dubai, the United Arab Emirates as of October 26th, 2016. This will be their inaugurating A330 flight, which will be a nice replacement to their 737 that runs the route at this moment.

Why is this important?

That’s because Rwandair actually features pretty industry-leading business class products on their A330. Rwandair features Vantage XL staggered seats in business class, similar to those I had on Swiss…

…and they feature economy class seats in a 2-4-2 configuration, though I can’t find pictures of that. Overall the seats actually remind me rather heavily of SAS, who features the same cabin products, but it looks like Rwandair will feature 21 premium economy seats instead (SAS features 56), and they can’t possibly have leased the plane from SAS, which only features A330-300s. It seems like there’s an A330 coming, but the first plane added into service will be an A330-200, which will make it to Dubai on October 26th.

Via the press release:

Aircraft deliveries will begin in the second half of 2016, enabling the country’s carrier to deploy its new flagship aircraft on medium and long-haul routes serving destinations in Europe, the Middle East and Asia.

“As we look to introduce wide body aircraft for the first time into our fleet, with its proven economics, reliability and passenger comfort, we have found the A330 to perfectly support our plans to expand into Europe and Asia, to enhance our regional presence, to open up new routes and to grow our market share. We are also delighted to have these aircraft powered by Rolls-Royce, as the Trent 700 engine delivers the most efficient and reliable power, and will maximize the revenue earning potential of our new aircraft’’ said John Mirenge, Chief Executive Officer of RwandAir.

“We are extremely pleased that RwandAir has confirmed its confidence in the A330, and are happy to welcome them as a new A330 customer,” said Christopher Buckley, Executive Vice President, Africa, Europe and Asia Pacific. “Their Passengers will enjoy best-in-class passenger comfort that only Airbus offers as well as the newest state of the art in-flight entertainment system. RwandAir will be able to benefit with the A330s from the unique combination of unbeatable economics, versatility and fuel efficiency.”

To date the A330 Family, which spans 250 to 300 seats, has attracted more than 1,500 orders and around 1,200 A330s are flying worldwide with over 100 operators. Ever since the original A330-300 entered service, its hallmarks are its very efficient operating economics, innovative cabin features, while offering passengers much wider economy-class seats than any competing aircraft. Moreover, with numerous product improvements and with an operational reliability of 99.4 percent, the A330 is the most cost-efficient and capable aircraft in its class.

From Kigali as its hub in the heart of Africa, RwandAir is one of the fastest growing airlines and operates one of the youngest fleet on the African continent. The airline which is also well reputed for an excellent on time performance, reaches out to eighteen cities in Western, Eastern and Southern Africa and the Middle East.

RwandAir recent major milestone is the passing of the IATA Operational Safety Audit which resulted in the acquisition of the IOSA certificate. The airline’s commitment to operate with the highest and international industry safety standards continues with the pursue of another certification, the IATA Safety Audit for Ground Operations expected to be completed by June 2016.

This means that Rwandair now features business class seats with direct aisle access, and they have PTVs as well, which is a major improvement. Their prices are also great, from USD 1,083 (~HK$8,400) roundtrip from Dubai to Kigali.

Why this is important for the Dubai industry

However, the main plane they fly to Africa is the 777-300ER. Their old business product on the 777-300ERs are a mess, with angled lie-flat seats in a 2-3-2 configuration. Their economy product, furthermore, features seats in a 3-4-3 configuration, which makes them one of the least comfortable in the industry. 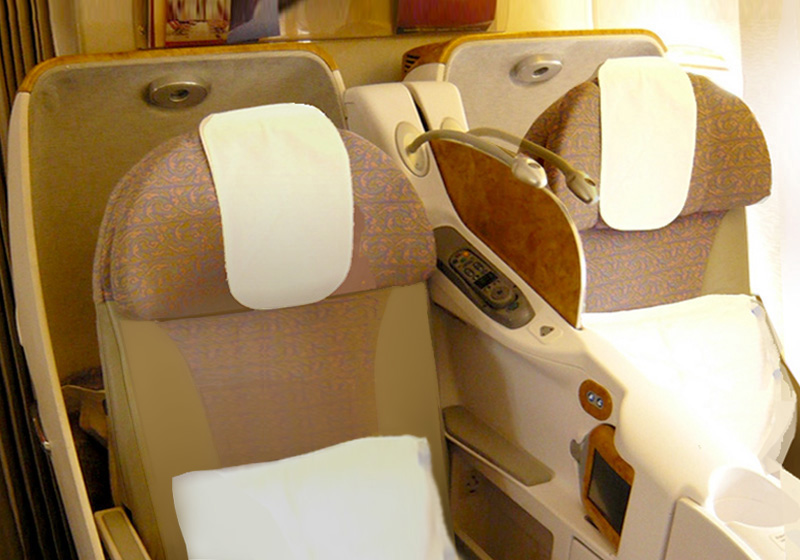 Their new business class seats are better, but still don’t feature direct aisle access (or much storage, for that matter), and won’t be rolled out until late 2017.

This means that as of now, Rwandair will operate a better product in all classes to Africa than Emirates does. Emirates doesn’t operate to Kigali, but Dar Es Salaam, Tanzania, 15 minutes shorter of a flight and a roughly equal market, costs more than triple the amount that it does to get from Dubai to Dar Es Salaam through Kigali on Rwandair.

While I did post this for people going to Rwanda to realise they had a new option for getting there, it was mainly to prove what reputation to do to airlines. Rwandair, an airline without a Skytrax rating and just recently received their IATA Operational Safety Audit, now has a better business class product than Emirates does, which is pretty disturbing, in my opinion.

I don’t see myself making it to Rwanda in the near future, but if I do, I’d definitely consider Rwandair, especially since their website isn’t that hard to navigate around.