I’m glad I manage to do what I do on this site, which is review a bunch of airlines and hotels from a well-informed perspective. I always aim to fly new airlines and stay at new properties whenever I’m presented with the need (or the opportunity), and have been fortunate to fly a variety of new airline products and stay at a variety of hotels over the past few years.

This wasn’t always the case. My parents love Japan, and as a kid we would always fly to Sapporo for a ski trip  during the winter and visit Tokyo during the summer, using the miles Dad earned for his business trips to redeem flights on Cathay Pacific. During our Tokyo visits, we’d always stay at the Century Southern Tower, as it was affordable, had a great location, and had a room that could accommodate all four of us. I learned a lot about hotels from this place, and after so many years of writing, I thought it was “unfinished business” that I hadn’t written a review of this place. So we booked a twin room at the Century Southern Tower for ~HK$1,900 a night (our first three nights cost HK$1,800, whereas the last night cost more), and rolled up to the hotel at around 10:30 PM after our flight on Japan Airlines.

The Hotel Century Southern Tower takes up the top 15 floors of the Odakyu Southern Tower, which is a minute away from Shinjuku station, near the New South Exit. It’s accessible through a large pedestrian street called the Shinjuku Southern Terrace, which is a really nice walkway (on a nice day). There’s also a ground-level entrance (the terrace is slightly above ground level) if you’re dropped off by an airport coach as we were, if you’re looking for the hotel’s gym (which is across the street), or if you’re looking to take the Tokyo Metro’s Toei Oedo line.

The lobby is on the 20th floor. The wood notes are quite timeless and sleek, and despite its age I didn’t find the lobby to be too past its prime. 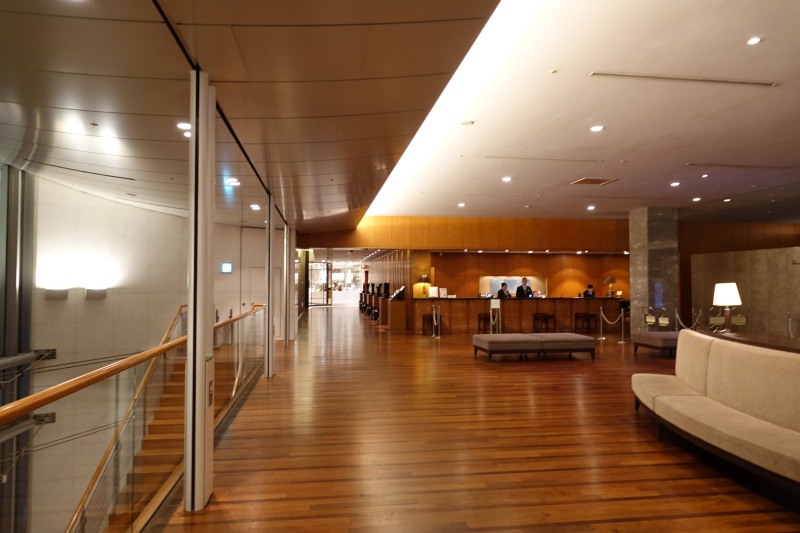 We were checked in by a friendly hotel associate who asked for my signature and took my credit card details, explaining the breakfast options, before checking us into our twin room. The hotel has a rather triangular shape, where most rooms are similarly sized with a couple of rooms drawing the shorter end of the stick:

Our room was on the 31st floor, so we made our way there. The hallway seemed like it had been recently renovated, as it was quite nice.

We were assigned room 3172, which was right next to the lift lobby.

The room itself was functional, if small and dated. I found it to be reasonable for a mid-tier hotel in Tokyo, though from memory I was kind of expecting it to be a little bigger. The room featured two comfortable beds, a padded sofa chair, a desk and chair, a TV, and an Alexa device. 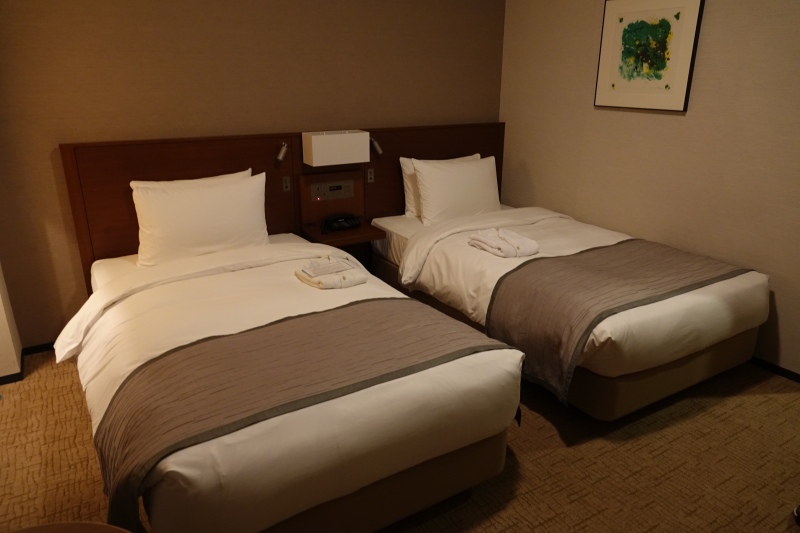 You’ll probably find the colours drab and dated here, though everything was clean, as is the norm in Tokyo.

The bathroom was also quite basic, featuring a Japanese-style bidet toilet, a sink, and a shower/tub combo. I have to say, however, that the water pressure from the shower was quite good. 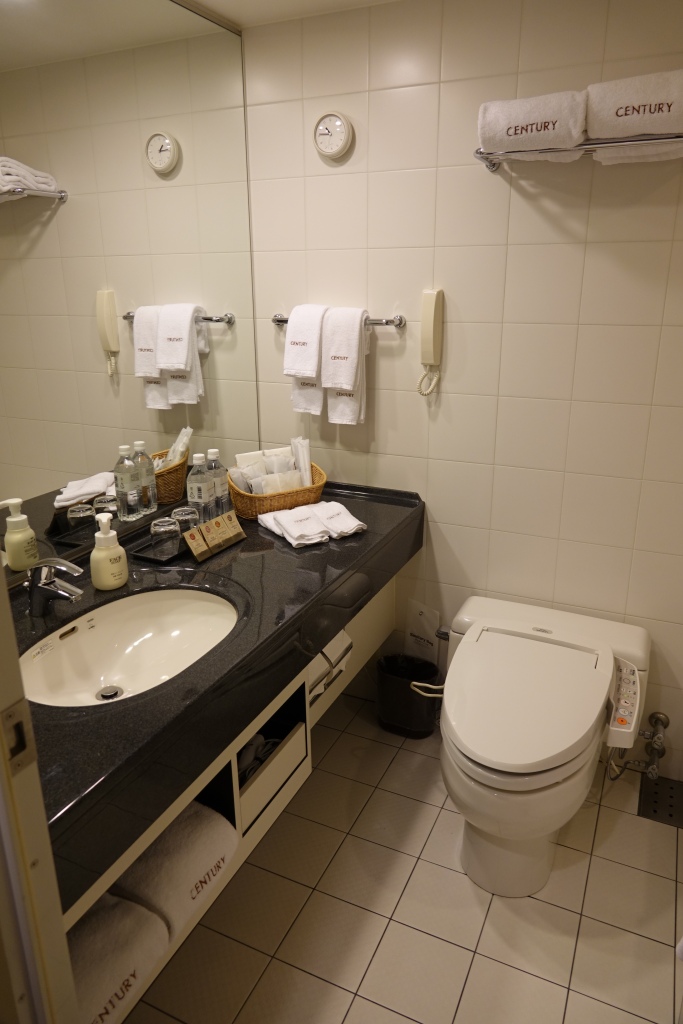 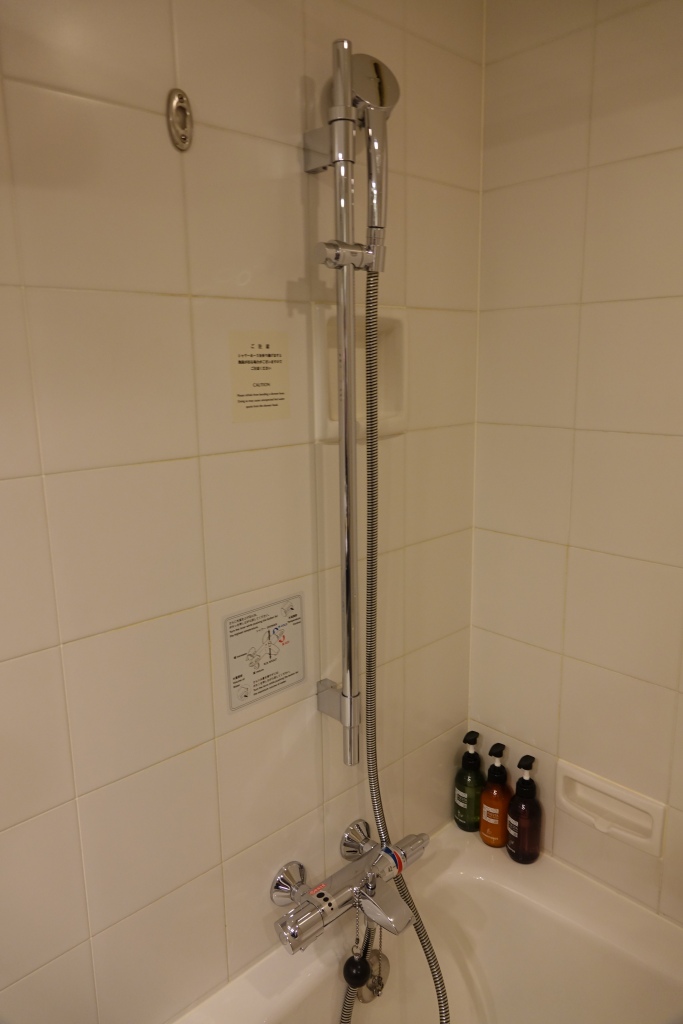 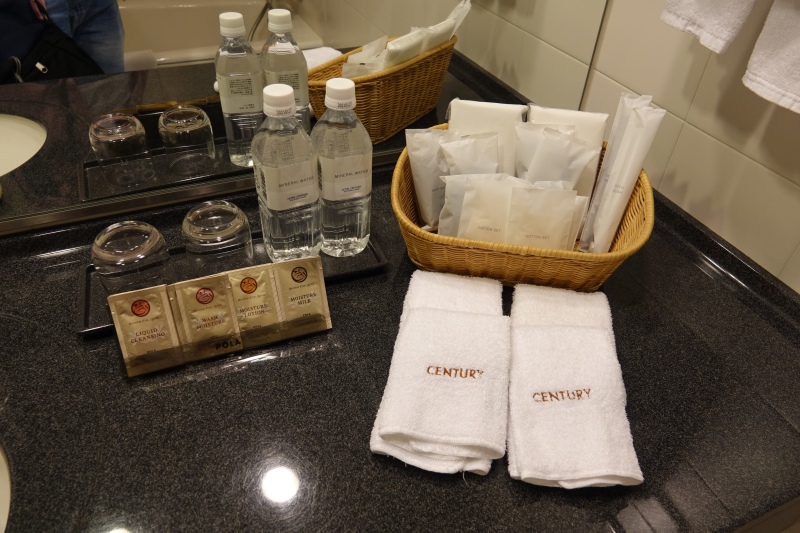 Given the Odakyu Southern Tower (which the hotel is housed in) is one of the tallest buildings in the area, our hotel room featured expansive views of the city below, which I loved. Not only could we see Tokyo’s skyline, we could also see the massive Shinjuku station down below (we only saw trains pulling in from the distance, though – if you’re a train fanatic, you might be able to request a room that directly faces the station, so you can see all the JR trains parked in the station as well).

Even though our room didn’t directly face west, the sunset views were even better, and the night views weren’t bad either.

Overall, I thought the room was decently appointed, though was definitely showing its age. Considering Tokyo is one of the most high-yield destinations out there, though, I’m glad I wasn’t paying upwards of HK$3,000 per night just to be in the midst of the action. I thought this was a decent value hotel room considering we were in the middle of Shinjuku, and a couple of train rides away from most of Tokyo’s busiest/most interesting spots.

In terms of the hotel’s other amenities, we checked out the breakfast spread one morning. It wasn’t included in our room rate, so we paid an extra HK$180 to try it out. The restaurant itself was renovated since the last time I was here, and it was very nice, though unfortunately I lost the picture I took of it.

I remember eating here quite vividly, as this hotel introduced me to onsen (sous-vide) eggs. I was happy to see that onsen eggs were still part of the spread, and though that the spread was reasonably extensive for an Asian hotel buffet. Most of the items, including classic breakfast dishes such as bacon and some very fluffy pancakes, were very well executed. 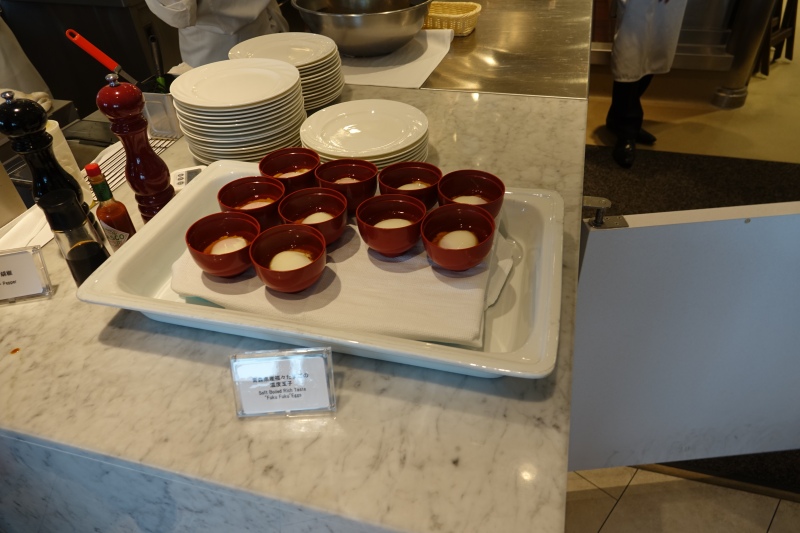 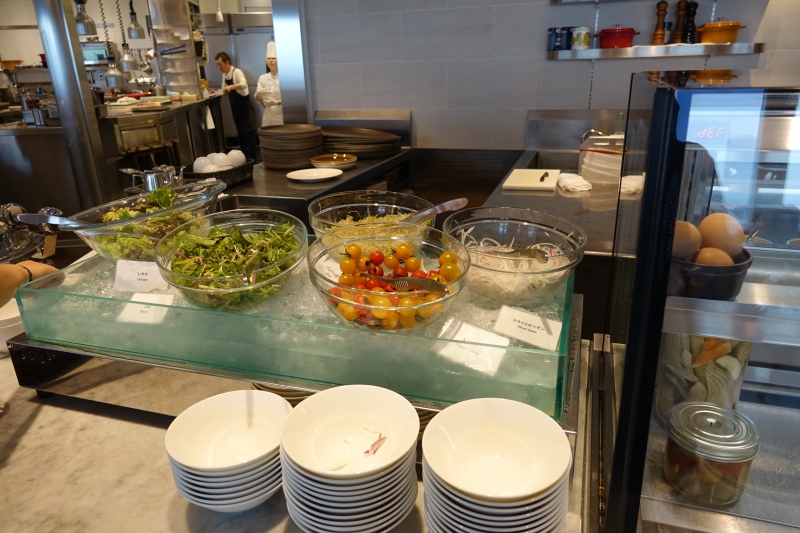 I have to say that there was a training chef cooking eggs at the egg counter, and while I hate to single out somebody for criticism, he really wasn’t the best at making eggs. The omelet I received was rubbery and overdone (meanwhile the other chef cooking eggs made my mother a perfect omurice-style omelet, though I wasn’t able to get one from her), so I ordered a gratinated egg, which featured some runny egg white and was a little bit on the raw side for my liking.

Apart from the breakfast spread, the hotel also partners with a fitness club, which is across the road from the ground entrance of the hotel.

I don’t think I’ve gone through as laborious of a process to get into a hotel-affiliated gym. Not only did I have to register, but I also had to change my shoes – in addition, the gym featured a system where you had to write down the time you expected yourself to finish using each piece of equipment, which wasn’t explained to me at any point. In addition, the gym members didn’t speak any English – you’d figure the hotel would employ a single English-speaking associate to assist non-Japanese speaking hotel members at a hotel-affiliated gym.

There’s also a lobby lounge and another restaurant at the top floor of the hotel, though I didn’t get to check these places out.

The Hotel Century Southern Tower definitely has a special place in my heart, due to all the things about travel that I’ve learned from this hotel. It served as home base three years in a row while I went on to explore Tokyo, a city I loved as a kid, but I also learned a lot about hotels here. It also has a special place in Tokyo, and is reasonably priced given its location. That being said, the hotel is starting to become past its prime, and given that it’s not part of a hotel chain with a rewards programme, there are probably better value options out there.

Have you stayed at the Hotel Century Southern Tower before?