Korean Air is offering 15% off all premium cabin tickets to all AmEx Hong Kong cardholders from Hong Kong to Korea, the Americas, and Japan before February 28, 2019.

This is in addition to the 10% discount that they are offering to all economy tickets within the same time period.

Korean Air features one of my favourite business class products, with Apex Suites in business class. These are fully flat seats that are especially private, if you can snag a window seat. I flew Korean Air’s business class from Hong Kong to Seoul and back, and was pleased with the experience. While Korean Air currently hasn’t scheduled any aircraft with this business class configuration to fly between Seoul and Hong Kong after October 28 (you can learn which product your flight will feature using this post), many of Korean Air’s longhaul flights to the U.S. and Canada currently feature their newest business class seat.

Here’s how to get 15% off your next Korean Air flight in a premium cabin.

How To Get 15% Off Your Next Korean Air Flight

When booking a flight with Korean Air, book a premium cabin ticket as you normally would on Korean Air’s website. After you enter your information and click “Pay Now”, you’ll reach Korean Air’s payment page. Scroll down to “Apply Coupon Discount” and enter:

After that, agree to the terms and conditions and click “Apply”. After a short buffer, your fare should be revised. It’s worth noting that you have to be an AmEx cardholder and pay with an eligible American Express card issued in Hong Kong to take advantage of this fare – if your credit card isn’t issued in Hong Kong, you can’t take advantage of this fare, unfortunately. While Korean Air isn’t offering as generous a discount for economy class passengers (10% off as opposed to 15%), Korean Air consistently offers cheap economy fares between Hong Kong and the U.S. (with a transit stop in Incheon), so to get a further 10% off that is a nice offer. Unfortunately the 10% discount doesn’t extend to Korean Air’s promotional economy fares (their booking class “N”). 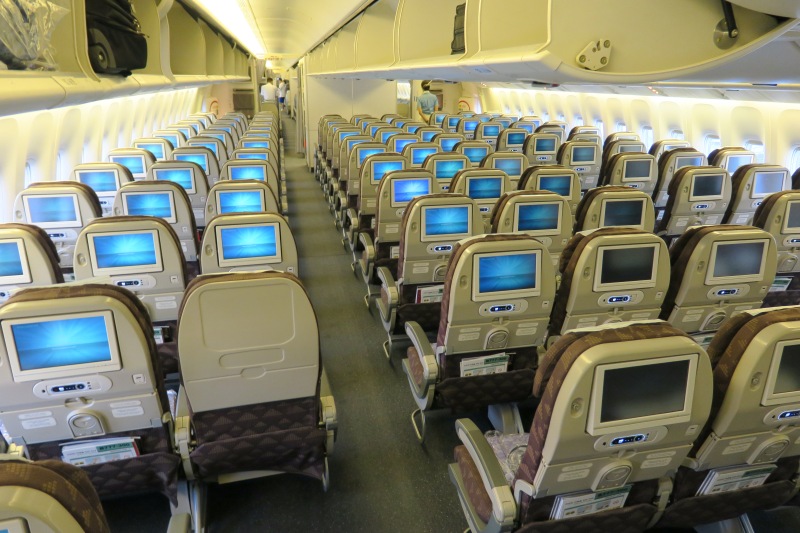 Korean Air’s economy class is also industry-leading, with 34″ seat pitch: use the same hack, but the “AMEXHK10” code instead

You’ll get a 15% discount (or 10% in economy) off your base fare, so obviously you can’t apply this to a mileage redemption, because 15% of a base fare of $0 is $0. I would say “hurry up”, though the discount lasts till September 30, so honestly you can take your time. 🙂

A Special Fare To Take Note Of

While Korean Air has marked up their prices for business class flying between Hong Kong and Seoul quite significantly as of late, there’s a fare that’s really worth paying attention to.

If you need to get between Hong Kong and Vancouver before February 2019, I’d seriously consider taking Korean Air. The below itinerary, after the discount, now prices at a fare of HK$18,530 (originally HK$21,660). While the dates I picked below aren’t exactly during the Christmas holidays, I see similar fares over the Christmas holiday period, which would be really valuable for some of you who are thinking of skiing in Whistler (or something) this Christmas. HK$18,530, while not dirt cheap, is actually cheaper than Cathay Pacific premium economy on the same route, so I’d seriously consider taking advantage of it. As I noted above none of the Hong Kong to Seoul routes are scheduled to fly with Apex Suites-configured aircraft after October 28, but the Seoul to Vancouver 9-12 hour flight is operated by a Korean Air 787, which features Apex Suites in business class. 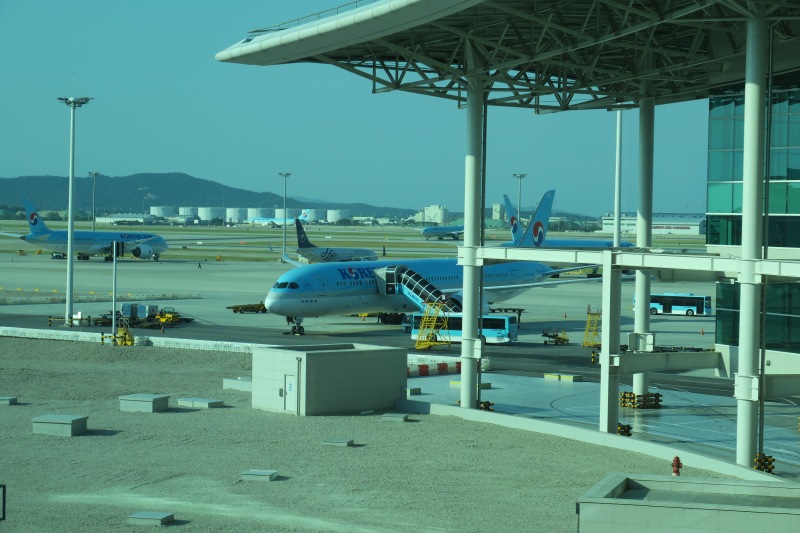 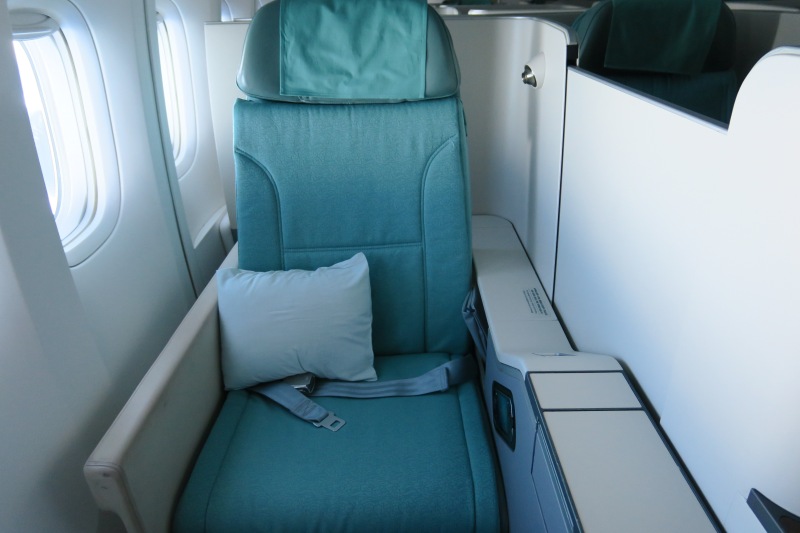 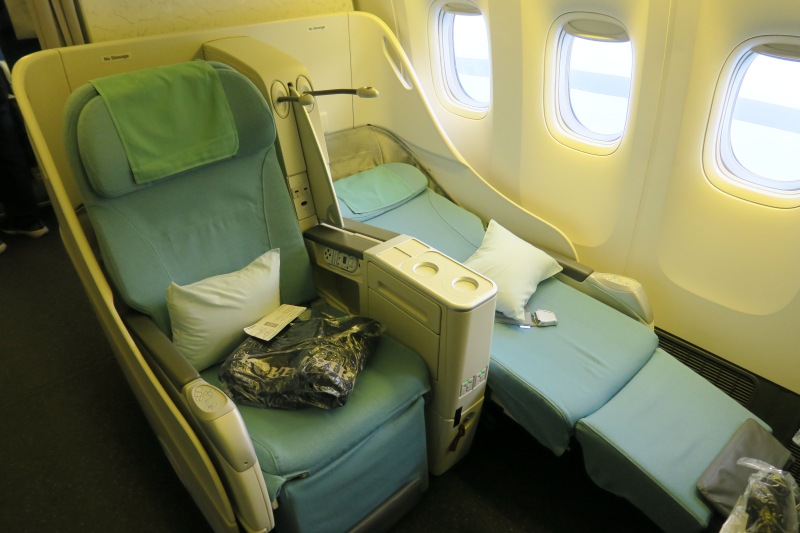 I’ve also found the service and food in Korean Air’s business class to be consistently good. The above itinerary actually even leaves desirable 2-3 hour connections in Seoul both ways, so you won’t have to suffer excruciatingly long layovers at Korean Air’s subpar lounges at Incheon’s Terminal 2. 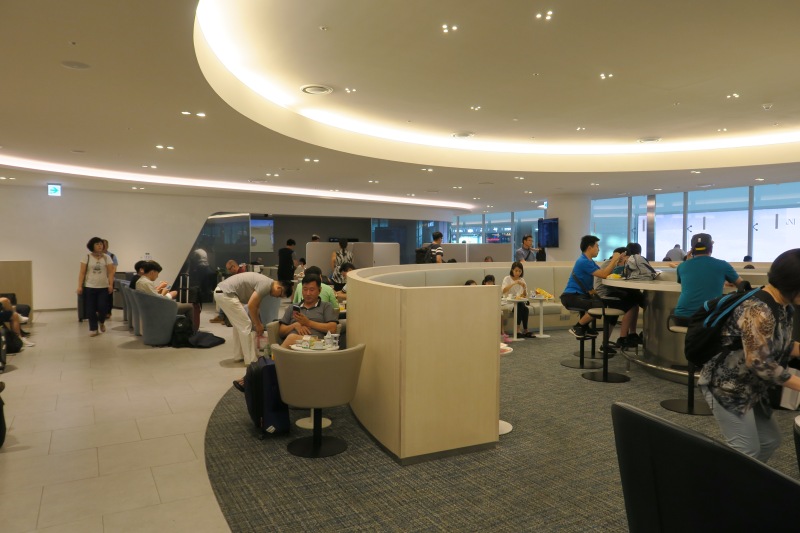 Korean Air’s lounges are, by far, the low point of the experience, but you won’t have to spend too long in them if everything goes smoothly

I wish I had time to go to Vancouver this Christmas, as I’d jump on this fare in a heartbeat. I’d really recommend you to take advantage of this fare, especially if you’re flying Korean Air business class to Canada/North America soon. I sure wonder if this has anything to do with Korean Air cutting ties with Chase, and if it signifies a future partnership with AmEx, which would be phenomenal.

Anyone looking to purchase these discounted Korean Air fares soon?