I’m always in support of smaller players in the market, even when their business model is terrible. While airlines such as Lufthansa can take their premium passengers for granted and get away with charging top dollar for a subpar product, newer airlines don’t have the luxury of branding, and usually the product will be worth more than what’s charged for it. Before the ME3 airlines were raised to prominence, they were prime examples of this (the same can’t be said about them today – hello to those reading this post from Emirates 777 business class middle seats!).

Anyways, today I was spending some time on a reputable travel blog site, and after doing some tangential research I came across an airline called Neos. I came to realise that they owned a 787 and operated flights with it between Milan and Nanjing, as well as a couple of destinations in Madagascar and the Dominican Republic (that’s Nosy Be and La Romana, respectively).

I wanted to have a look at their onboard product, and found some nice photos from Italiavola.com. Specifically, onboard their premium economy cabin (the airline doesn’t have “true” business class) there are 21 premium economy seats in a 2-3-2 configuration, similar to what you see on Norwegian and Scoot’s 787s.

In fact, their economy class cabin also looks identical to Norwegian’s (Scoot’s 787 economy seats don’t have PTVs), so apart from the finishes, Neos and Norwegian seem to have an identical hard product. 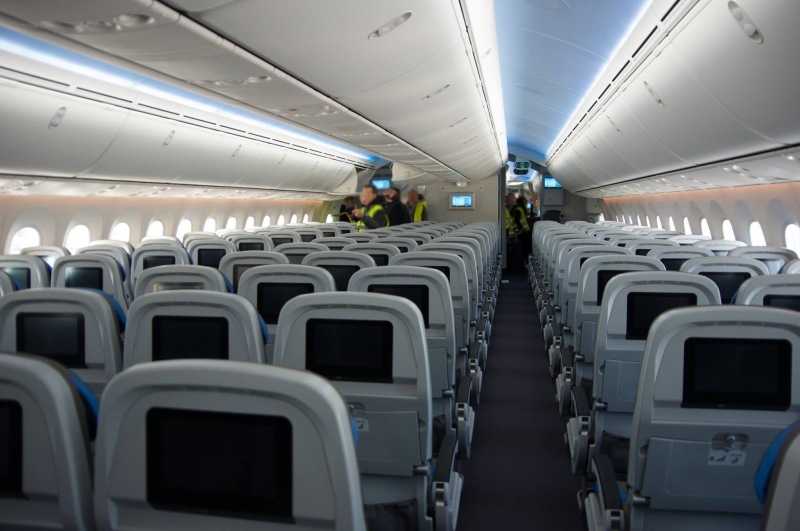 I was most curious to see the pricing on Neos Airlines on their website, and I was quite pleasantly surprised by how attractive they were. Specifically, you can fly between Nanjing and Milan in a premium economy seat for 1,040 EUR (HK$9,605) roundtrip. If the website is correct, premium economy comes with dedicated check-in, a dedicated meal, 30 kg of checked baggage, free entertainment, fast-track security/immigration, and VIP lounge access.

Prior to operating the 787 in April this year, the airline’s longhaul operations relied solely on a fleet of three 767s. The airline used to have a “legitimate” business class product (as far as LCCs go, so that product still consisted of recliner seats), though in December 2015 they scrapped that in favour of a premium economy product, so they could charge lower prices. It seems like two of their three 767s still have the business class product, since they’re configured with 12 seats in their premium cabin according to Planespotters.net.

I found a picture of the airline’s old business class cabin from AviationAirRoutes.net. The airline still seems to operate their two business class-equipped 767s on a few longhaul routes, and seems to sell this cabin as premium economy. The one route I can find this configuration on over the next month is between Milan and Havana. 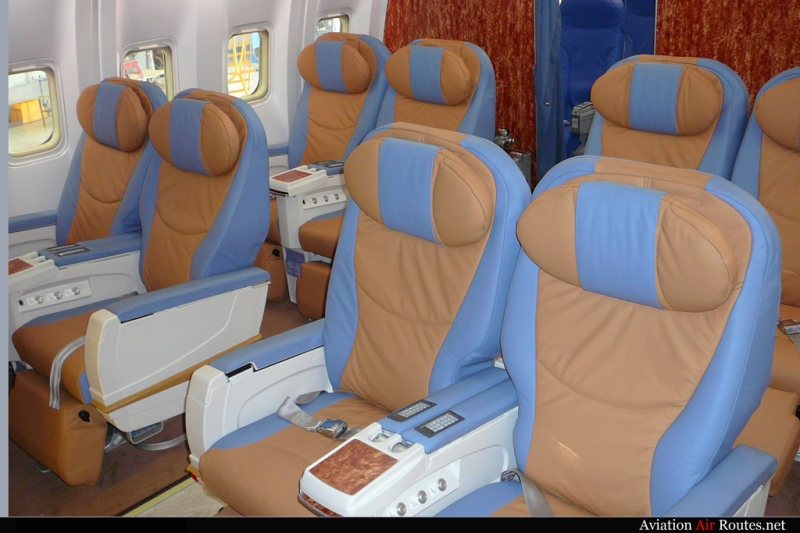 Maybe it’s just me, but I love how retro the beige and blue colour scheme looks. This looks like how luxury flying was 20 years ago.

The Milan-Havana flight seems to be priced slightly more than the Milan-Nanjing flight despite being shorter, though I’m guessing that’s because of increased demand from Italian travelers, and not a function of the hard product (in case you were wondering, Neos Airlines operates 1-2 flights a week to every destination, which probably explains why they can sustain so many routes). Still, if you wanted to try out Neos’ luxury 767 product and happened to need to commute between Milan and Havana, EUR 660 (~HK$6,095) isn’t a bad deal (keep in mind the below prices are one-way).

Meanwhile, the below photo of Economy Premium, which I nipped off the airline’s website, consists of 21 seats, in a 2-3-2 configuration. This is how economy should be on a 767, and seems to be how premium economy is configured on Neos’ last 767.

In both cases, economy on Neos’ 767 is not where you want to be, as it’s configured 2-4-2 (the standard configuration for economy on a 767 is 2-3-2, as shown in the Economy Premium configuration above). 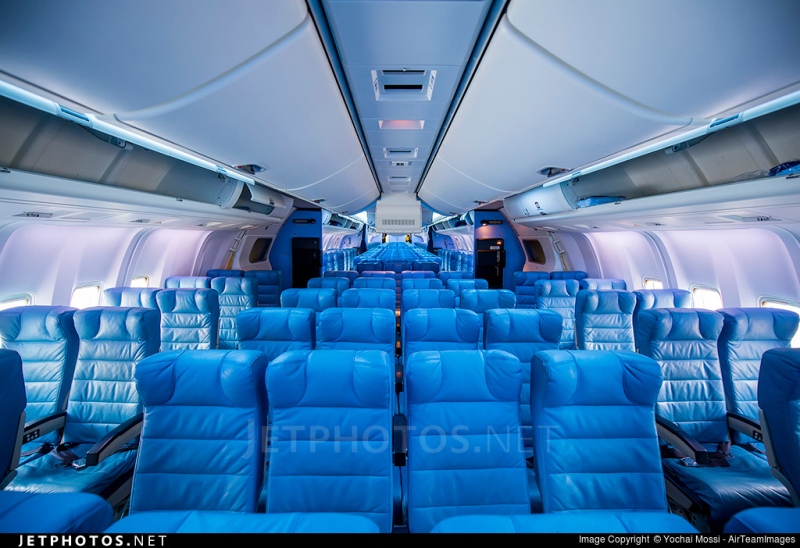 The main takeaway of this post is that you can commute between Nanjing and Milan in a decent premium economy seat for sub-HK$10,000 prices, though if you’d like to be adventurous I’d love to hear back on your experience in Neos’ 767 business class product. Unfortunately Neos Airlines only allows you to book a direct flight on one ticket, and only operates a flight to each destination a week, so there aren’t many connection opportunities there. For example, if you need to get between China and Havana, your best bet is still on Air China through Beijing and Montreal.

If you’ve flown Neos Airlines, we’d love to hear how your experience went!