Today was a terrible day in terms of weather in Hong Kong. For the first time in five years, the Typhoon 10 signal was hoisted, which meant that winds passing Hong Kong exceeded a speed of 118 km/h. Typhoon Hato caused these winds, blowing up north from the South China Sea. The situation was much more tragic in Macau, since three people were killed as a result of the incident and the entire city seems to be out of power, though we still received some shocking videos this morning, and one person seems to have passed as a result of being pulled into the sea by huge waves.

Obviously that’s bad news on the airline front, and most flights out of Hong Kong were canceled or delayed for a significant number of hours. I’m not sure if I can add value to this, but I have to post this story as it’s interesting. During the height of the storm at 10 AM this morning, a KLM 747 from Amsterdam touched down in Hong Kong.

The 747-400, with tail number PH-BFR, seemed to have a rather rough landing at Hong Kong. According to German news reporting site RTL Nieuws, the storm broke right after the 747 landed in Hong Kong. The same site also says that the plane had enough fuel to fly for 90 more minutes, so they could have diverted, but apparently the pilots decided it wasn’t needed. 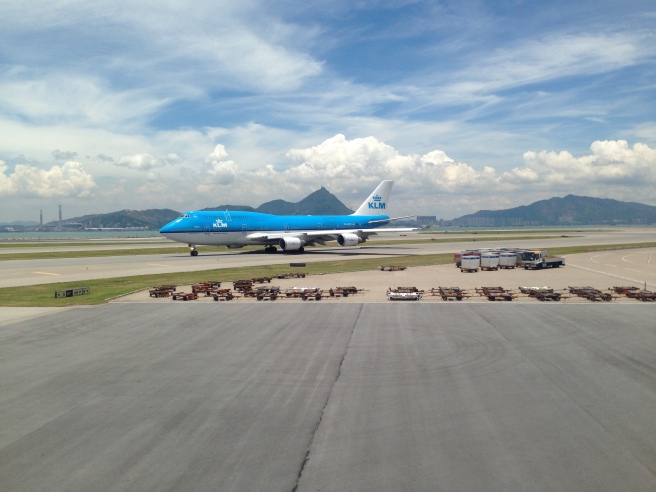 The flight seemed to have a wonky flight path upon arrival into Hong Kong as they were avoiding terrible weather, with extreme storm cameraman Jim Edds commenting “this is nuts!”. I do have a few questions:

An Ethiopian 787 also tried to land into Hong Kong, though ended up diverting to Xiamen. 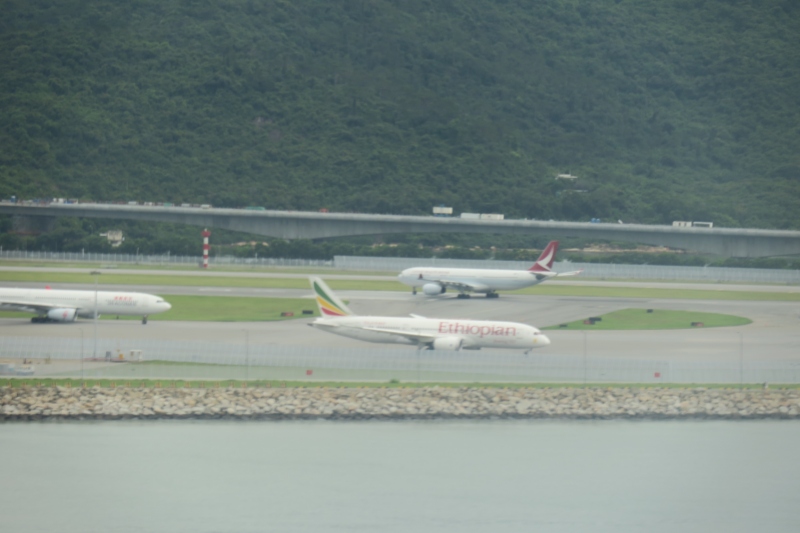 The airline industry is hard, especially when it comes to aerospace engineering and when pilots try to make the best decisions inflight. I’m glad that the flight landed safely, as it’s clear that the situation could have been much, much worse.