Last week I wrote about how Lufthansa was transferring five A380s to Munich due to turbulent relations with Frankfurt Airport. In a nutshell, Ryanair got more slots cheaply at Frankfurt Airport than Lufthansa would have liked, and obviously, slot prices rose as supply decreased, so Lufthansa  started to move some of their operations to Munich instead. Lufthansa announced that they would be operating these A380s from Munich to Beijing, Hong Kong and Los Angeles.

Well, if Frankfurt loses five A380s, obviously some routes will have to be cut as well. Earlier today, Lufthansa released the five destinations that will be losing A380s.

These destinations will be Beijing, Hong Kong, Los Angeles and Seoul. Against my predictions, Lufthansa is pulling the A380 off the Frankfurt to Hong Kong route, despite normally impressive loads. This makes sense, as operating A380s from both Lufthansa’s Frankfurt and Munich hubs to Hong Kong would be a bit much, as half of Lufthansa’s A380 seats are probably filled with connecting traffic.

Those flying from Frankfurt to Hong Kong after October 27, 2017 will definitely not be seeing this economy mini-cabin

All four destinations will have their A380s replaced by A340-600s, which are pretty much just as comfortable, except for premium economy, which will no longer be separated from economy (instead, there will just be a small partition). 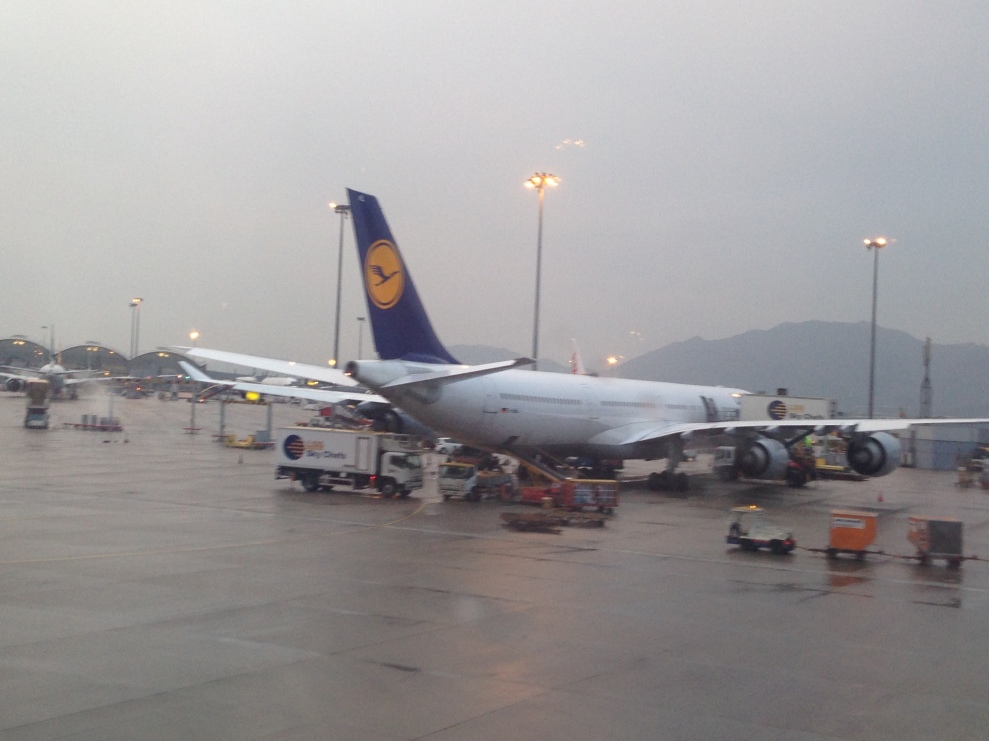 Lufthansa’s A340 business class won’t be as spacious, especially near the windows

The main change is capacity, though I believe that Munich has more direct traffic than Frankfurt, as Bavaria is more of a tourist destination than Frankfurt is. Quite a few routes sprout from Munich Airport on Lufthansa, so I wouldn’t find connecting a problem.

The last flight from Frankfurt to Hong Kong on an A380 will operate on October 27, 2017. However, it won’t go straight to an A340 – the route will be operated by a 747-8 for a period of time. Hopefully the loads are reassessed and the 747-8 can sustain flying to Hong Kong from there (despite the inferior business class product), but as of now, the A340 will start flying to Hong Kong from March 25th, 2018 (which is also the day Munich to Hong Kong switches to an A380).

Ultimately this isn’t a big change unless you’re booked on an affected route already or if you’re planning to fly direct to Frankfurt in the mid to far future, as you can just as easily route through Munich if you’re planning to fly Lufthansa’s A380. Hong Kong will lose an A380 for a few months, as the Munich to Hong Kong route will only switch to an A380 as of March 25th, 2017, though I’d say the 747-8’s a cool plane to fly, given how rare it is.