Skip to content
Home » How Great Is The A380 As A Passenger Plane?

About eleven years ago, Singapore Airlines operated the A380 from Singapore to Sydney for the first time. The A380 has skyrocketed in popularity among customers, though airlines have understandably been struggling to fill planes, due to its size. I’ve had the opportunity recently to try a couple of A380s back to back – I was originally booked on a third A380, though unfortunately due to scheduling opportunities I don’t get to try out the British Airways A380 until probably 2018 or 2019. On a customer’s perspective, I’m not actually sure if I love the plane or not. I decided I’d put together a few factors to see if the A380 is really a plane I’d go out of my way to choose.

PRO: The A380 is a large innovative space for premium passengers

Whenever on the A380, I love asking to visit premium cabins. I’ve only been in business class once and premium economy once on the A380 (and economy once, but that was a while ago back in 2010), and I’m not one that travels enough to comfortably afford first class with miles and points, so it’s always nice to ask to tour the cabins. I’ve been granted access to first class after both my A380 flights in 2017, so it’s been so great to see what different airlines have installed in their cabins in first class. I haven’t taken an A380 flight with a bar yet, but I know those are awesome and I love the concept, and would like to try for myself one day.

PRO: The A380 has awesome upper deck side bins

On some flights I’ve left wondering where to put my travel equipment, as I travel with a huge backpack and a camera bag. It’s always nice to have huge side bins, which is provided on the upper deck of the A380. When flying a plane with side bins I don’t even need to access the overhead bins, as my backpack fits in the side bin most of the time. The A380’s upper deck side bins are really sizeable 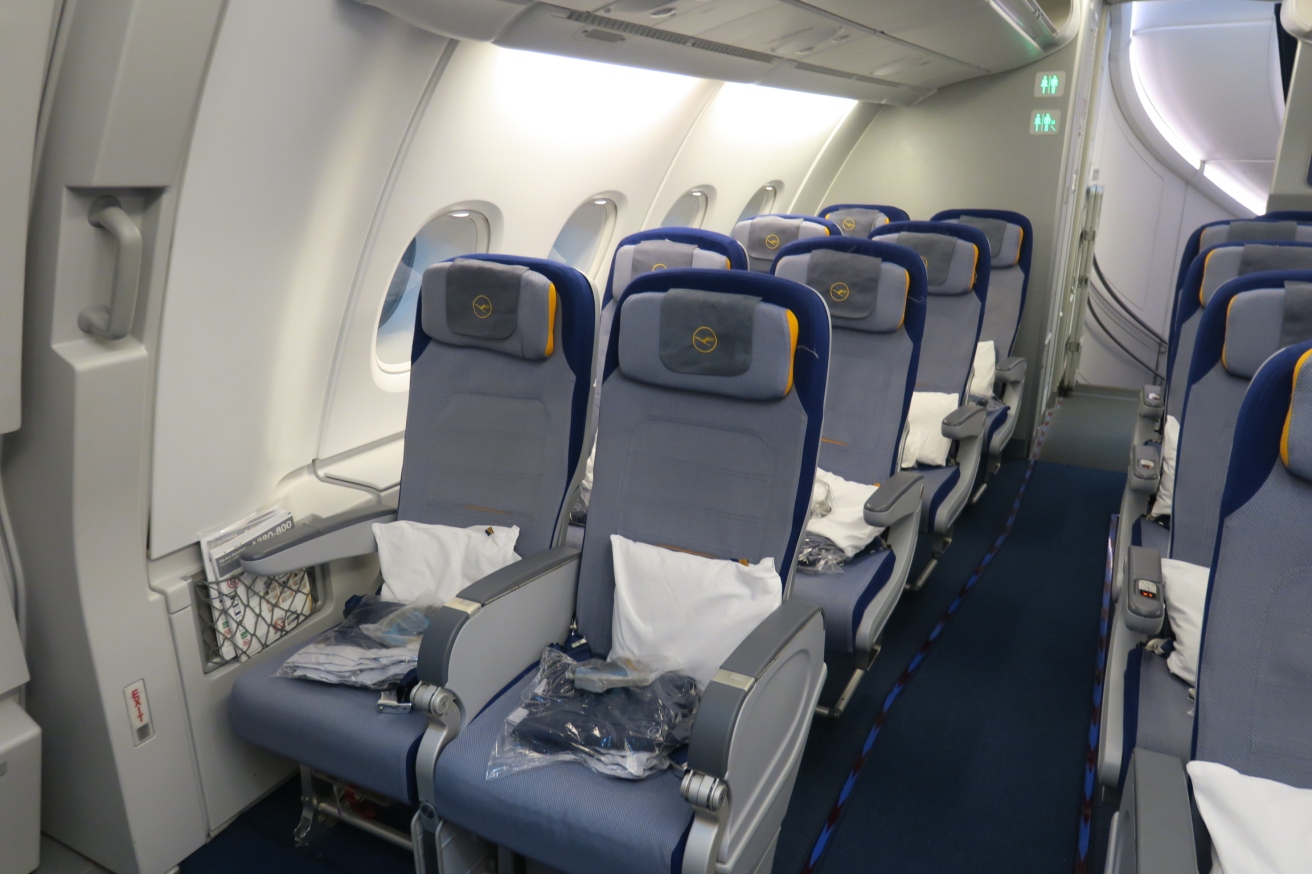 The A380s are almost more fun to sit in down in lower deck premium economy or economy when you’re in a window seat, as the windows are so long. While they’re also wide on the upper deck, they aren’t nearly as long, so you don’t get as panoramic of a view. 😉 Both times on Singapore’s A380 I’ve felt memorably uneasy at parts over the ride from Hong Kong to Singapore. Maybe it’s just the particular route, but I haven’t found it to be as easy to fly as, say, Cathay Pacific’s A330 or Singapore Airlines’ 777. I’m not sure if it’s less subject to turbulence despite being bigger, as the A380 is an aircraft that’s pretty much been blown out of proportion due to its extra deck.

CON: Pictures out of the plane are harder to take on the A380

On every plane, each window has two panels, one of which has a hole to equalise the pressure inside and outside the cabin. However, I’ve found the gap between the two panels to be huge on every A380, so it’s substantially harder to take pictures from an A380 than any other aircraft. If I was flying economy, I’d avoid the A380 unless I was guaranteed a seat on the upper deck. A seat on the lower deck makes the experience pretty cramped, there isn’t much innovation space available at all (economy class passengers are normally kept from accessing the inflight bar), and there isn’t storage space by the windows. However, in an upper deck seat on the A380, or in any other class, the A380 is a magnificent plane, in my opinion. Business class is consistently on the upper deck, so they benefit from whatever inflight bar that is provided, as well as storage space by the windows, and first class is normally really innovative on most A380s. As a premium economy passenger on the lower deck, I enjoyed the A380 this time round, and I think I would choose it on a longer flight. However, it’s sad to see the A380 market become engulfed as smaller yet more fuel-efficient aircraft fill the market, and I don’t want to see these whale jets go.