One of my favourite ways to get from the city center to the airport every time in Hong Kong is through the Airport Express. The Airport Express allows check-in at Central, Tsim Sha Tsui and Tsing Yi, and gets you to the airport in around 25 minutes, which is much faster than a bus, and around the same time as a car or taxi would, while saving you all associated parking fees (and the potential HK$300-500 that a taxi would cost, luggage included, as your luggage is sent on its way at the station).

Some of my earliest airport memories include eyeing the progress map of these trains, which is just slightly less awesome than geeking over an inflight map. 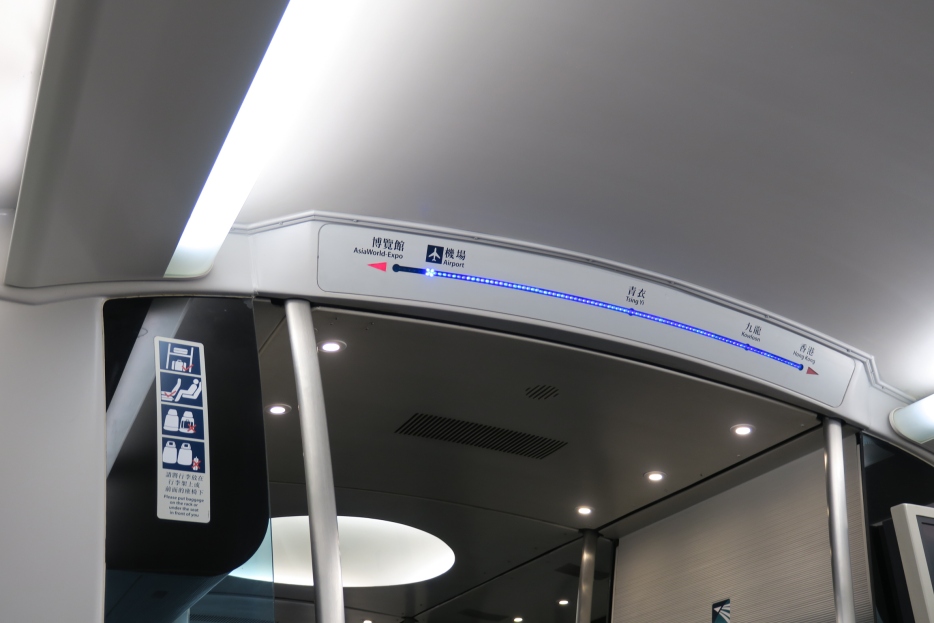 The seats are comfortable, it’s a quick ride, and overall I’d chose it above any other way – while I don’t fund my own flights yet, I do have to fund my own travel to the airport.

Some of the Airport Express’ newer trains actually come with their own in-seat power ports. While the only one I’ve pictured isn’t of a USB port, half of the seats come with USB ports – I’m not actually sure what the below port is, but the other half of the seats feature this port, so pick wisely if you find yourself on one of those trains.

The train would have set you back HK$100 from Hong Kong Island (Central), HK$90 from Kowloon (Tsim Sha Tsui) and HK$60 from Tsing Yi, and if you wanted to head to the AsiaWorld Expo (where the Marriott SkyCity Hong Kong is located), it would have set you back HK$5, no matter if you were paying with your octopus card or buying a ticket. Unfortunately that is about to change, as the Hong Kong MTR has proposed to raise Airport Express fees by 10.3% for the first time since the line opened 19 years ago.

According to SCMP, the new prices on the Airport Express for an adult trip will be (a child fare will probably be exactly half of the below):

The article also states that:

Round-trip adult tickets with extended validity would get HK$15 to HK$30 pricier, while the cost of an ­AsiaWorld-Expo same-day return ticket would go up by between HK$5 and HK$8. Other fare concessions and airport worker fares will remain. […]

“During the period between 2001 and 2016, inflation in Hong Kong was 33 per cent … The operating cost has increased significantly. A fare revision is therefore necessary to bring in sustainable revenue to cater for the escalating cost, in order to maintain quality service,” the corporation said.

I do believe SCMP’s overhyping this change, as the actual fare change is marginal, in my opinion. The article includes quotes stating that:

“I doubt whether this move will generate more income for MTR. Rather, I am afraid that more passengers will prefer taking a bus or a taxi. That will aggravate traffic congestion,” he said.

SCMP is also a site that tends to comment on the growing CBF attitude of the Hong Kong society, so I don’t think they’re in the correct place to comment that Hong Kongers would take a bus over taking a train to the airport. I don’t think that a net change of 10.3% would “aggravate traffic congestion”, either. 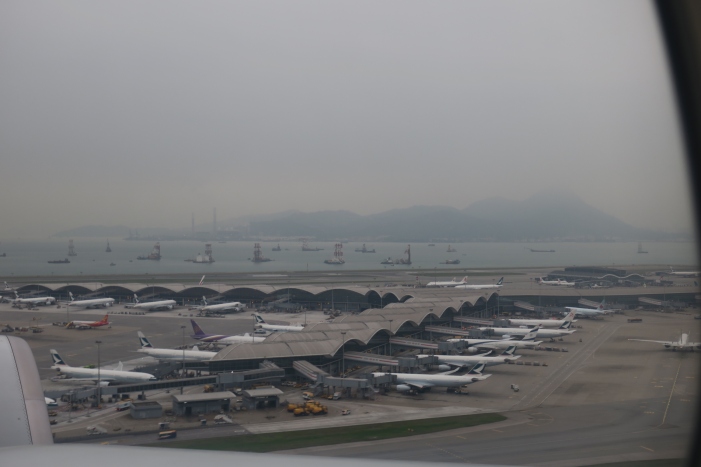 I don’t think these changes are going to affect much, though they are bad news for Hong Kong travelers and something that more people should be aware of. Ultimately Hong Kong’s seem quite a bit of inflation and HK$115 isn’t an astronomical amount of money to get to the airport in 30 minutes with your bags checked beforehand so you can head straight to security, though those frequently travelling between the city and HKG should be aware of this change before it’s implemented.