I spent the better half of last week in Singapore, and I wasn’t sure what to expect going in. I remember enjoying my time in Singapore back in April 2014 (a quick throwback to Hong Kong Airline News, which I’m sure about 1% of you will remember), but people change in three years, especially considering I was 12 back then. I remember loving the Marina Bay area, and I remember always walking The Helix, the bridge that connects the Raffles area (Ritz-Carlton), though that was about it.

I didn’t expect to leave Singapore this time believing that it could just as well be my favourite city. 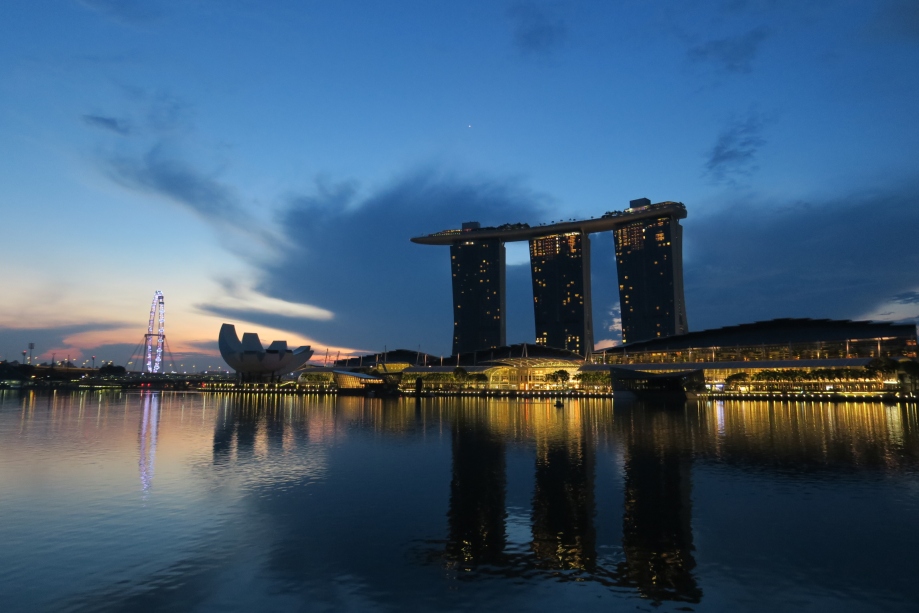 Long-time readers will know that I’m more of a person that “feels” a place, as opposed to just seeing the highlights of the city (e.g. I’m just as happy walking down Central Boulevard as I am next to the Merlion with a view of the Marina Bay Sands), so I thought it would be interesting to provide my take on Singapore. It’s not often that I’ve left a city thinking, “wow, this city would be a great place to live in”.

Singapore is a miscellany of cultures

Modern travelers obsess over immersing in foreign destinations’ local culture. Myriad people go to Cambodia for Angkor Wat, temples and great Cambodian food. Travelers enthusiastically visit Japanese ryokans, wear yukatas and have Japanese food, leaving believing that they have a great sense of Japanese “culture”. While the actual legitimacy of this “cultural immersion” remains in question, it’s undebatable that each community inherits a compelling culture worth learning about.

Singapore is interesting in the fact that it is a combination of adjacent cultures. Singapore was actually occupied by the British for a period of time, so it was left to be consumed by neighbouring cultures after they gained independence. Hence, you end up with a combination of Malay, Indonesian and Chinese culture, while the city still feels westernised with an expansive ex-pat community. It’s common for individuals to be passionate about their own roots in Singapore – while telling my mom a bit about Singapore in a taxi, I was corrected by a Malay taxi driver that Malay was the official language of Singapore, and English only served as a common language. He was wrong – in fact, the number of official languages is another proof of Singapore’s multiculturalism – English, Tamil, Chinese and Malay are all official languages of Singapore, contrary to what I initially believed. 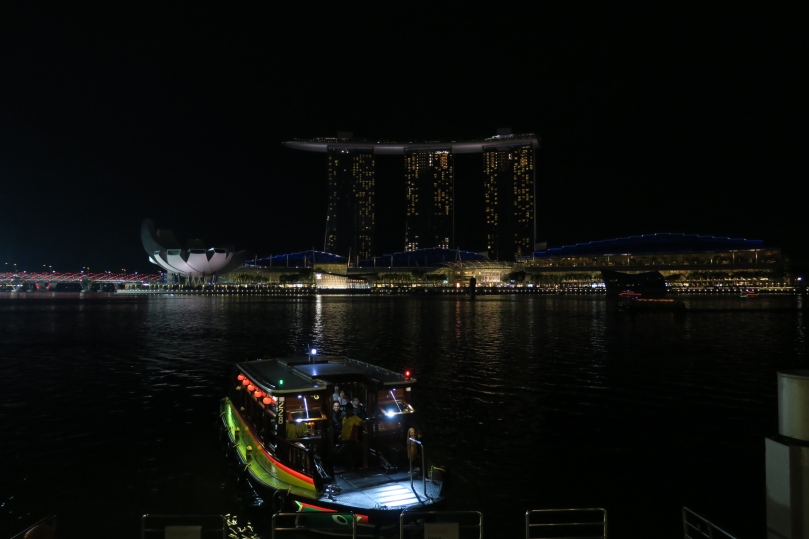 I don’t remember the last time prior to this trip that I’ve had Indonesian, Chinese, American and Japanese cuisine all on the same trip.

People are friendly in Singapore

While there is a cultural gap between Singaporeans of different roots, it’s amazing how these different cultures are so appreciative of each other and so subtle in their promotion. When communicating with different people in shops, Ubers, etc., everyone was at least reasonably friendly with us and tried to make small talk with us and figure out where we were from. While the term “foreigner” is defined in unicultural countries such as Thailand, they’re much harder to define in Singapore. Therefore everyone just learns to be inclusive of each other, which has been the case with everyone I met.

There were people hanging out by the street (presumably by their motorbikes) by Central Boulevard, and while texting on the road I almost stepped on someone. In Hong Kong I’d have been at least yelled at, while all the guy did was bend his knees to make way for me (and, presumably, wait for an apology, which I promptly gave him).

Singapore is laid back

I’m not sure if I visited enough of Singapore’s industralised areas, though the Westin Singapore is certainly situated near one, with a large retail and office building (Asia Square) right by and a variety of shops and restaurants situated adjacent to the hotel. Something I realised was that roads and alleys were much wider than you’d see them in Hong Kong, and much cleaner as well. Singapore has a growing population, but many residential buildings I passed by seemed to be clean and new, especially around the CBD area. Much like Hong Kong, the MRT was also easy to use.

I’d say Singapore’s image is definitively touristy as well – when people think of Hong Kong, they may think of the IFC, an office building, or the Peak, which overlooks Hong Kong’s constant buzz. Meanwhile, when people think of Singapore, many turn straight to the Merlion, a strong Singaporean marketing icon, or the Marina Bay Sands, Singapore’s S$8 billion casino resort. Just search up Singapore on Google Images – the first eleven images are all of either of the above, most of which encapsulate both in the same image. 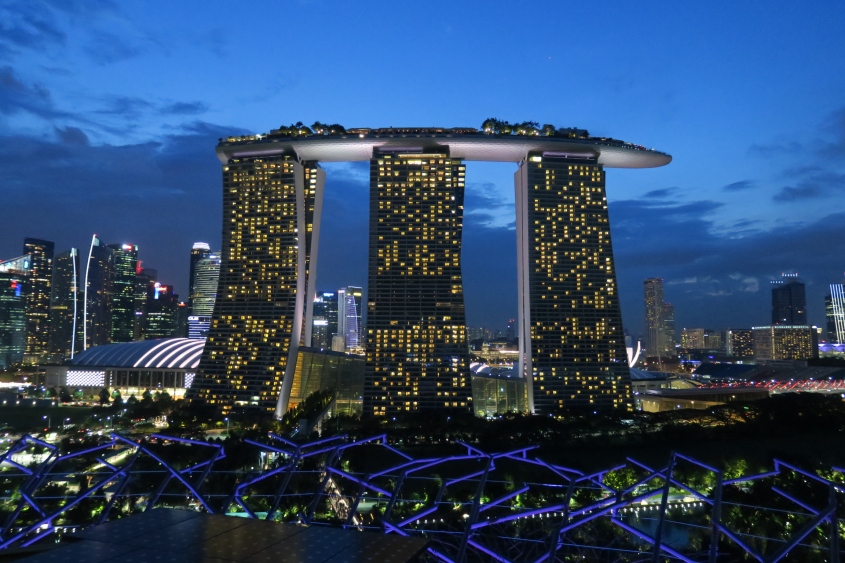 I’d suggest that Sentosa is a pretty glaring example of why people define Singapore as a tourist city. I mean, I can’t name another city that deliberately cuts off an area of land for recreation, relaxation and enjoyment. 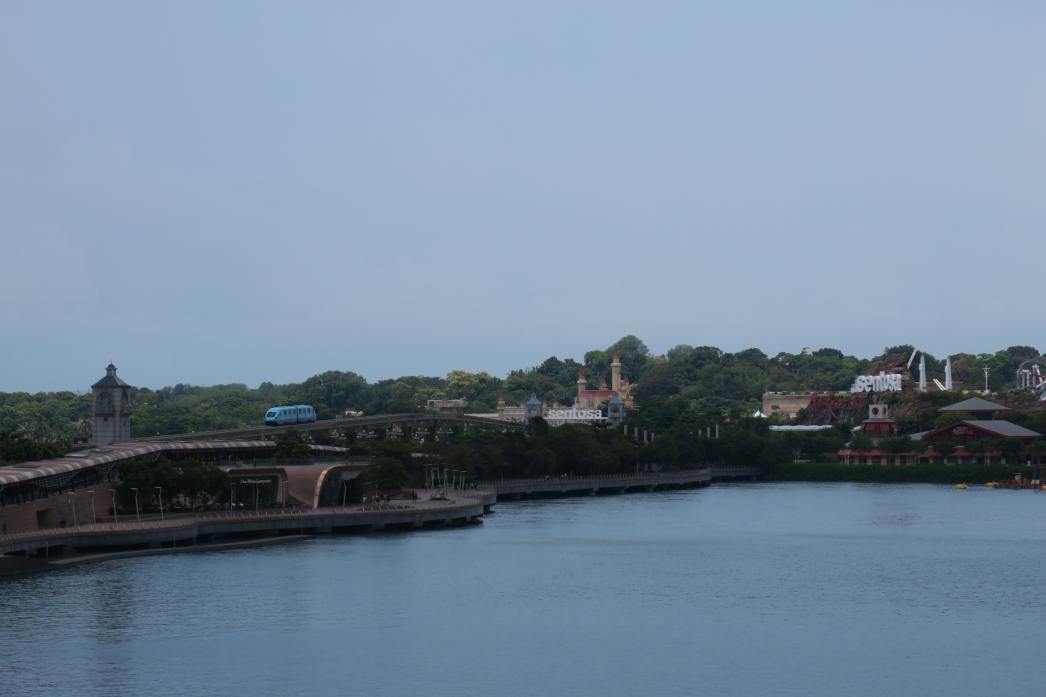 Singapore isn’t the sterile, vibeless city that some bloggers say it is. It’s got its own life to it, and when people watching, you see a beautiful harmony of distinct cultures that mesh together to create what we see as Singapore today. It’s easy to look at Singapore as tourist city, and people do, for good reason I suppose – the Singaporean government prides themselves in beautiful Marina Bay, the Merlion, and Sentosa, three recreational masterpieces that Singapore is well known for. It’s also got a vibrant, spread out CBD, which is a pleasure to stay and spend time in. 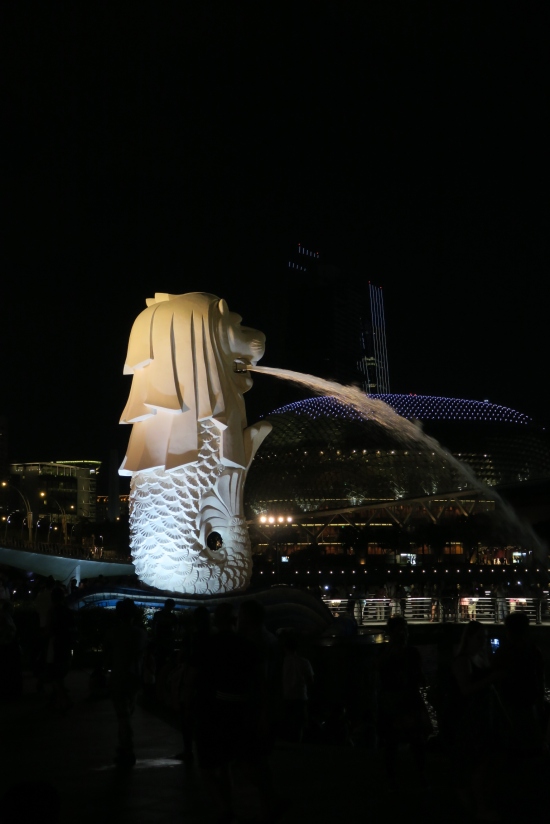 The harmony of cultures and the relaxation element of Singapore actually makes me confident that it’s my new favourite city. I’ve yet to visit many cities in the world, so I’m sure looking forward to explore more. However, this trip has opened my eyes on how a city takes cultures and blends them so immaculately, which is what the rest of the world probably needs to learn from.

Does anyone else find Singapore as compelling as I do?

2 thoughts on “Why Singapore Is My New Favourite City”