I know that there are three major entertainment systems out there that are known for a huge selection – Singapore Airlines’ KrisWorld, Emirates’ ICE and Cathay Pacific’s StudioCX. I haven’t been on Emirates before, so I really only had one point of comparison. And the competition sure is stiff – Cathay Pacific’s A350 features an updated StudioCX selection which is extremely easy to navigate, and features a wide selection of movies and music. This left me doubting that Singapore would have a better entertainment selection.

Let me start off with the three negatives of KrisFlyer, as I don’t think the system itself is absolutely perfect. The first downside is that the screens aren’t touchscreen. This seems minor (and it is), but it does make a difference compared to Cathay Pacific’s interface, which is so responsive it might as well be an iPad.

The second negative is that it isn’t exactly easier to get from one screen to another. On StudioCX, you can easily move from a movie selection screen to your playlist or the flight map. On KrisWorld, you have to return to the home screen every time, which can be a bit of an inconvenience when you’re trying to pause your music, etc.

The last negative is that the flight map itself isn’t as detailed as some of the “newer” entertainment systems out there. I’m starting to become pedantic, as the KrisWorld entertainment system has been in place for years whereas the newer Panasonic systems have only been in place for a short amount of time, but you can’t adjust the view, there’s no “cockpit information”, etc.

The selection itself is amazing

During takeoff, I decided to quickly browse the inflight entertainment selection, and found myself open-mouthed at the range of choices presented in each section. I mean, I was overwhelmed. I don’t normally watch airplane movies (and I didn’t on the flight), but I was so compelled to watch something because of how wide the selection was.

There are 47 European movies to choose from. 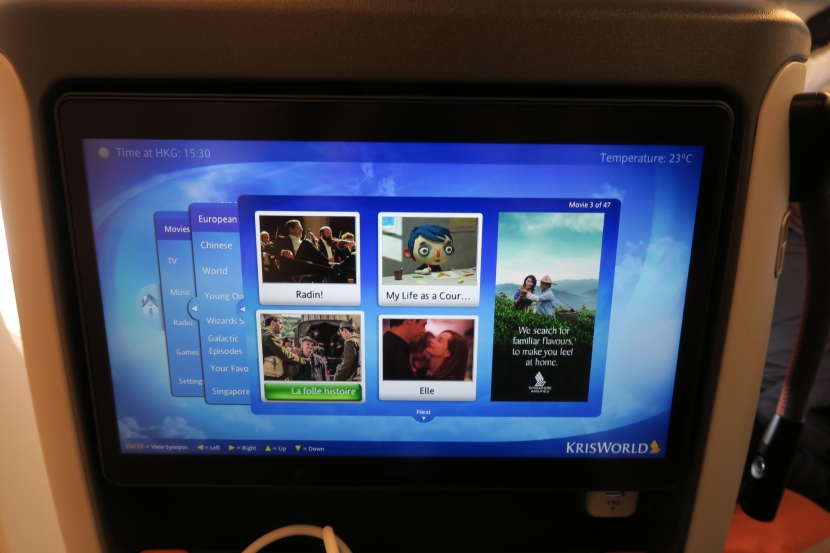 There were 15 newly released movies, most of which were Disney’s. This included Trolls, Moana, Sing, etc.

All eight Harry Potter movies were present in a “Wizards Special” section. 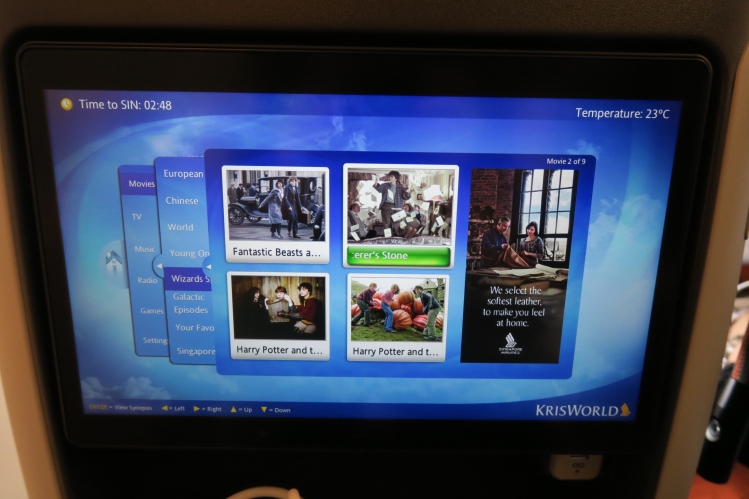 And if that doesn’t suit you, there were seven Star Wars movies to choose from as well under “Galactic Episodes”. 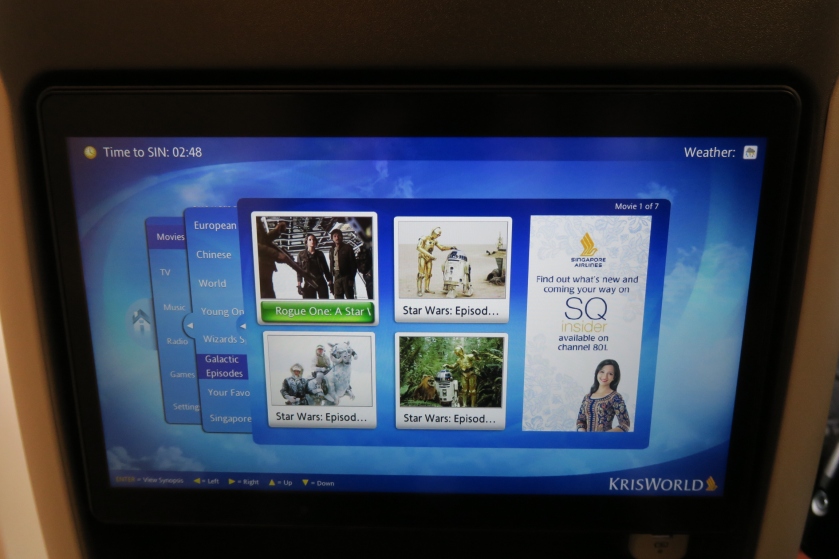 What else was there? I don’t normally watch TV, but it’s nice to have entire seasons of TV there as well. There were 34 seasons of TV shows to choose from, from Glee to Silicon Valley. There were also back-to-back episodes, as well as a myriad of HBO TV series, classic TV, etc.

I was personally most excited about the music selection. Under the “Pop Music” selection alone there are 160 albums to choose from. I don’t think Cathay Pacific has any more than 50, nor do they have UK Top 20 playlists dating back to 1960. 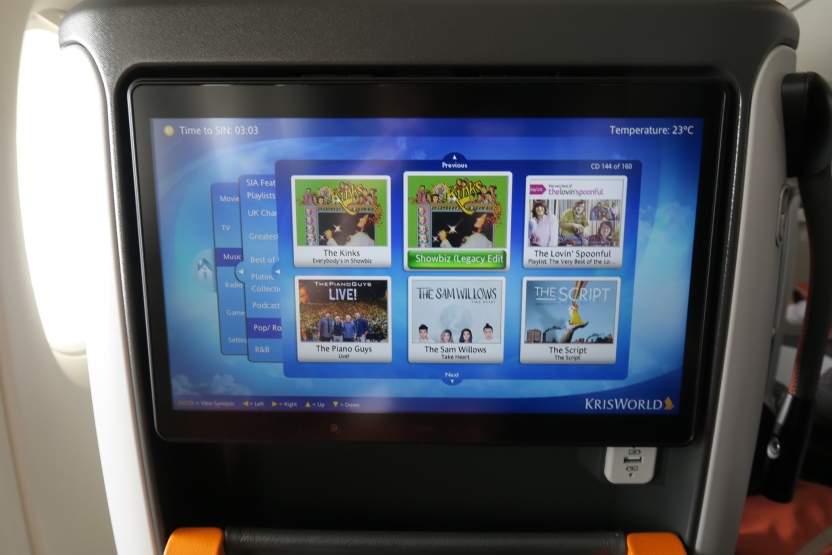 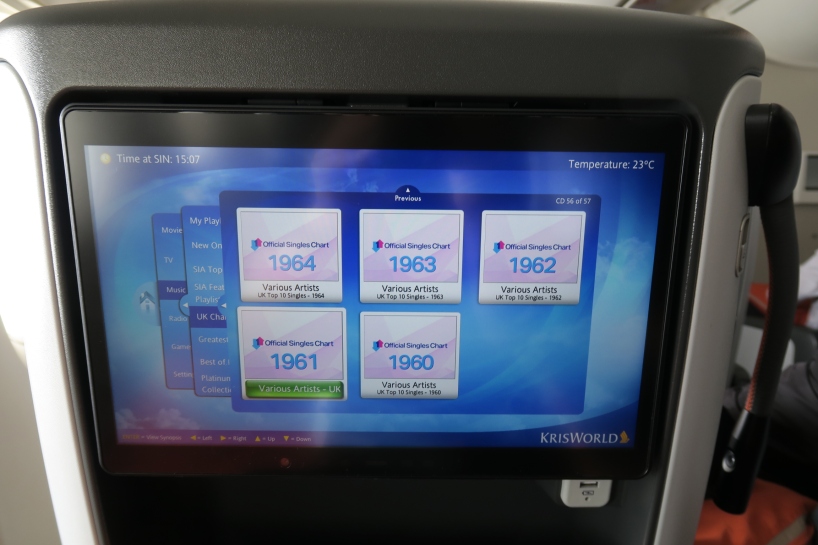 I’m confident that KrisWorld is one of the best entertainment systems out there just based on the variety of entertainment. While it’s nice to have a good interface, which they definitely could work on, the amount of TV shows, movies and music can probably keep me busy for quite a few back-to-back 24-hour flights.

Has anyone else been impressed by Singapore’s KrisWorld entertainment selection?