In 2013, Cathay Pacific launched a flight from Hong Kong to Newark, complementing the four existing daily services that the airline offered to the New York area. I decided to book a flexible student fare in Premium Economy, which then allowed me to upgrade my flight with Asia Miles. For such a long flight, it seemed like a great deal. What makes this flight so special is that it features Cathay’s “sleeper service”, which we haven’t reviewed. In this first instalment, I will be reviewing the British Airways Galleries Lounge at Newark Airport.

Cathay Pacific check-in at Newark Airport opens at 8:40. Interestingly, the airline offers an early check-in option where Cathay opens a small number of counters to process any early-arriving passengers. It’s a unique service addition that I haven’t seen Cathay offer at any other ports, so kudos to the Newark ground services team for offering that.

I made my way to the counter where I was greeted by a friendly ground agent. As I had already completed online check-in, all I needed to do was check my bags through to my final destination. The agent was incredibly friendly and we had a nice conversation about life at my boarding school and my holiday plans. Afterwards, I was sent on my way to security, where the TSA were uncharacteristically pleasant.

After clearing security, I headed to the British Airways Galleries Lounge, which Cathay Pacific passengers can use.

The lounge is decorated similarly to British Airways’ flagship Galleries’ lounge in London, so while it’s not too shabby, it’s not all that nice. The lounge features a variety of seating areas with different chairs for sleeping and relaxing. Unlike some older British Airways lounges, this one actually featured power ports, which enabled me to do some work. 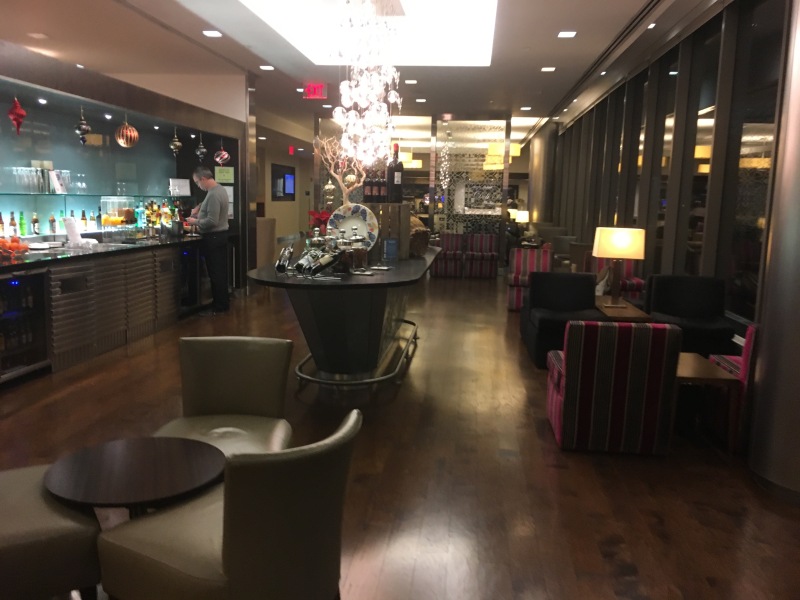 While the lounge features a pre-flight supper facility, Cathay Pacific passengers aren’t allowed to use it, which sucks. Instead, passengers are treated to a small snack selection which consisted of a selection of stale sandwiches, packaged snacks and Cathay Pacific branded cup noodles. The lounge also offers an abundance of alcoholic beverages, as you can see in the picture below. I wasn’t exactly impressed by the food selection. Would it be that hard to include a couple of hot dishes and more substantial dining options?

The lounge also featured a coffee-house setup which consisted of an espresso machine, a selection of tea bags and some incredibly tasty cookies. While hardly gourmet, the cappuccino that I made wasn’t too bad. 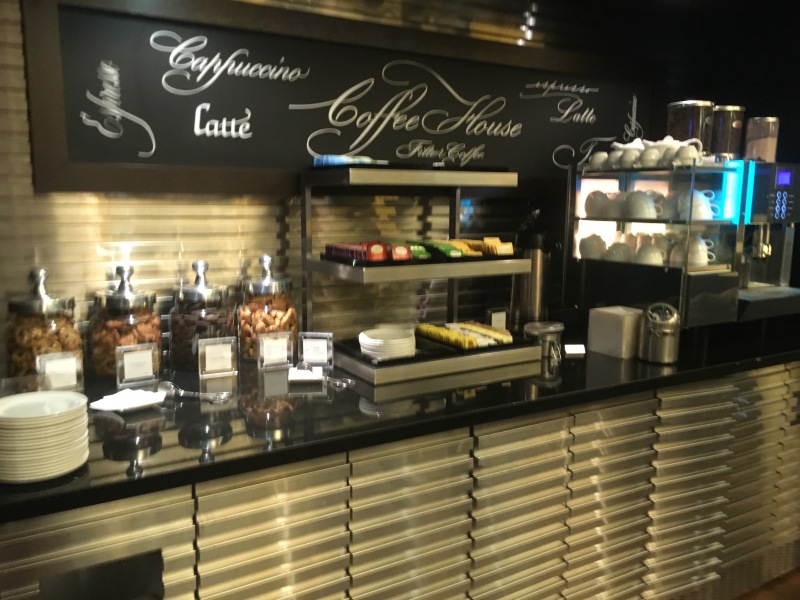 The service in the lounge was fantastic. Staff members were constantly roaming around helping to pick up trash and empty plates. They were also very proactive and helpful. For example, when I was making cup noodles, an attendant came up to me with a holder for the cup noodles to avoid any sort of accidents.

Speaking of the cup noodles, they were chicken flavored and a relief from three weeks of American food. 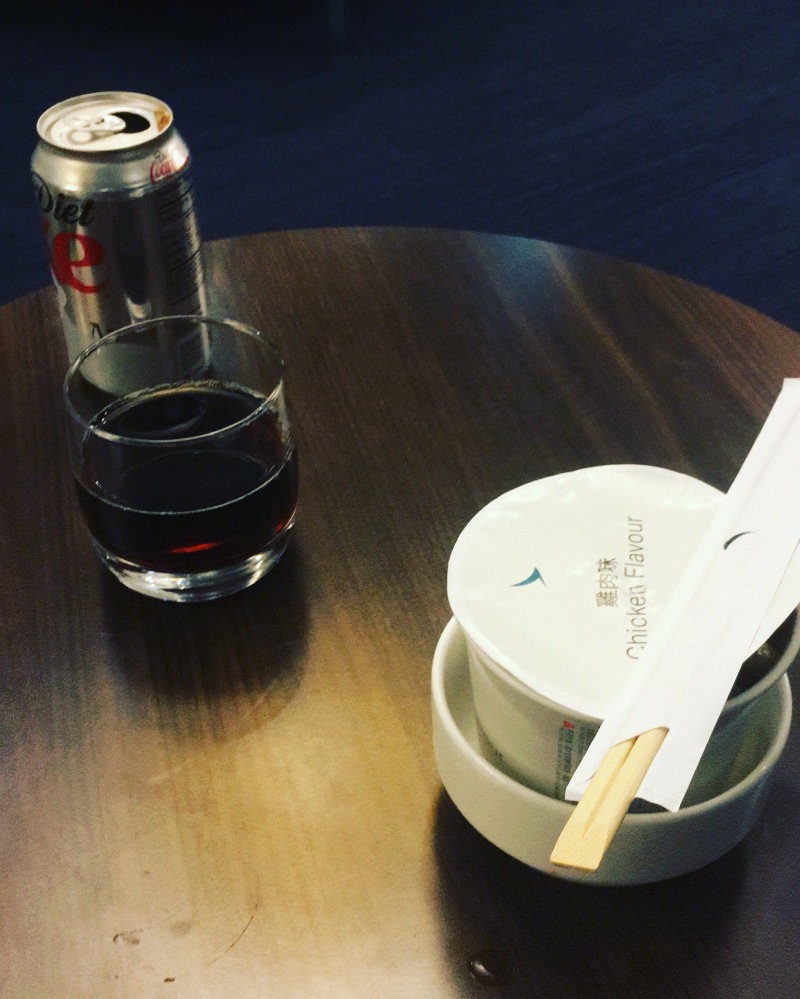 Interestingly, while I was in the lounge, the Port Authority held a fire alarm test. Unfortunately, they forgot to communicate that with the lounge agents who only found out about the test after the alarm had started blaring. As such, many passengers had already started heading towards the fire exits by the time that it was announced that it was a drill. The lounge staff were very helpful and started handing out ear plugs, which I thought was a thoughtful touch.

While the lounge also had showers, I wasn’t able to secure one in time for my flight, which sucked. I managed to take a peek of one while I was leaving the lounge, and it didn’t look too shabby.

British Airways isn’t known for their lounges, and I can certainly see why. While it was a perfectly nice place to spend a couple of hours in. The lounge was nicely decorated and featured an abundance of power ports. However, I was disappointed by the poorly thought out food selection. While I wouldn’t come to the airport early to visit the lounge, it was a welcome change of the clusterf*ck that is Newark Airport.