I’ve reviewed Cathay Pacific countless times in the past (including their lounges), so I’m not too new to what they offer. Back in mid-December, I received an invitation from Cathay Pacific social media manager Dennis Owen if we wanted to meet up with him for coffee and a short tour around Cathay City. I was thrilled, as I’d get to ask a few questions about the new brand and, more importantly, their declining reputation here in Hong Kong. Naturally, I dragged Jason along, since his understanding of Cathay Pacific is about a hundred times better than mine.

Dennis is a nice, honest guy

I went into Cathay City expecting to be defensive of what I’d written about Cathay Pacific in the past. After all, it’s hard to look beneath the “surface” when you get three of Cathay Pacific’s most passenger-heavy fleet consecutively diverted to Tokyo instead of Sapporo.

He addressed that, saying that they only had three ground staff at Sapporo and a few handlers, and were still able to put all people in rooms on the first night. He also correctly pointed out that people may have irrationally high expectations, which is always true.

Dennis was also honest about the budget cuts due to a not-so-successful few years at Cathay Pacific. Personally, I think the A350 is one of Cathay’s biggest selling points, and he did say that they had to cut a lot of advertising because of how low the marketing budget was. He also admitted that Cathay Pacific has a bit to improve, which I can run over later.

Cathay Pacific Airbus A350-900 Premium Economy – on the surface, it looks like one of the world’s best premium economy products

He said that Cathay Pacific had used up one of their best marketing techniques, which was the passing of their 747. He said that the 747 was a really special plane which people can connect to, as it changed aviation. They flew the 747 around Hong Kong, which cost a little bit of fuel, but gave them a whole lot of publicity. Dennis wasn’t so sure if the A340 would cause as much of a commotion – “that one, it’ll just go away quietly”.

The thing when it comes to press in Hong Kong is that they don’t have many things to pick on, so they turn to their local airline (as does the U.S.). News sites such as SCMP have basically been targeting Cathay Pacific for about a year and a half.

Dennis said that sometimes they tend to magnify situations and in reality they have a whole department designed to “fill in the gaps” so Cathay Pacific doesn’t collapse if something goes wrong, which will probably be well appreciated if Oriental Daily still exists by 2020.

When I asked Dennis what airline he looks up to the most in terms of their branding, Dennis mentioned Virgin America. He mentioned that people fly Virgin America because they’re a “cool” brand. Ultimately I agree – I kind of wanted to see what the hype of Virgin Atlantic was back in July, as they’re also known as a “cool” brand.

He pointed out that you don’t necessarily fly United because they’re a cool brand (but to be fair, their new Polaris branding is brilliant beyond belief).

He mentioned that with Cathay Pacific, they were looking for a brand that wasn’t “bling” like the Middle East airlines, but rather offered understated luxury across all cabins. They’ve really got that right, from their lounges, to basically all their products – for example, Cathay Pacific’s economy seat doesn’t look much, but it’s my favourite in the sky.

He said that they were actually really focused on finding the aesthetics of the right product, and showed us one of their customer ethos books, which emphasised soft, malleable tones, as opposed to harder tones. That’s why a reverse herringbone seat layout worked so much for who they were as a brand, as their seats lowkey wave into each other, as opposed to following a rigid structure. 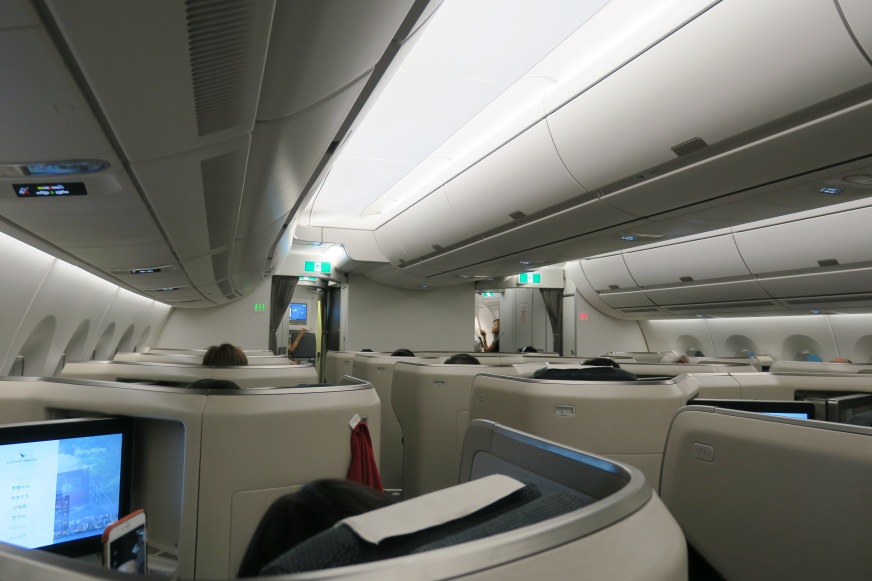 That’s also why they’ve decided to go for doorless suites in first class that were one of the most spacious in the sky – they’re understated, not blingy, not rigid/specifically structured, and just give the passenger the feeling that they “blend” into the cabin.

Meanwhile, you have Swiss, whose cabins look like boxes – from their boxy first class suites, to their boxy business class staggered seats, to their boxy economy class seats. He said that other airlines weren’t doing it wrong, but that was what Cathay Pacific was as a brand. 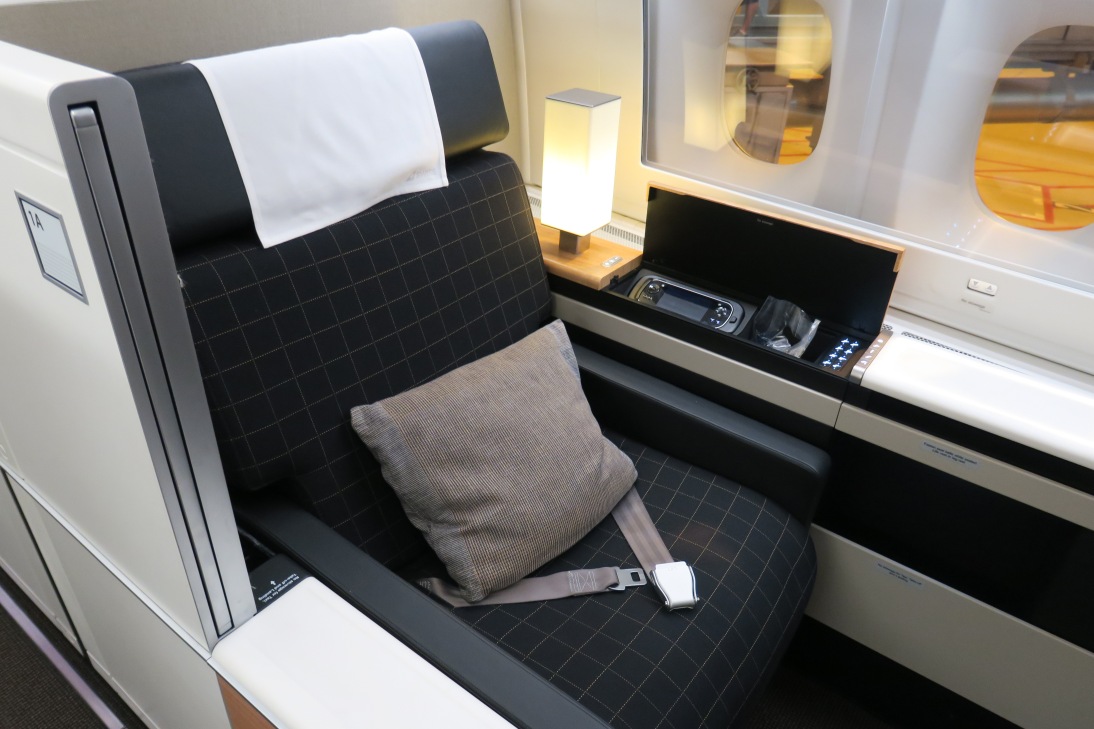 As you can see below, Cathay’s economy seats are more designed to be well-curved, while on Swiss it does seem like you’re ordering a Chinese takeaway (in the U.S.) of some sort.

He showed us some of the easels that they placed showing what Cathay Pacific’s looking for as a brand. While I only managed to get a quick picture, I managed to see how they were trying to balance contemporary Asian (especially in their lounges) themes with their own warm, simple and somewhat historical tones.

He also mentioned that this rigidity was what got Cathay to throw out their “People. They make an airline.” campaign, as it literally consisted of people standing around the cabins. The new campaigns feature flight attendants at work, so they take every opportunity to make their cabins “come to life”.

Cathay Pacific offers WiFi on their A350, which I felt like could’ve been better marketed, so naturally I asked why it wasn’t. After all, it is a big deal when you’re the first airline to offer WiFi over China (even if it’s paid – it’s worth it).

Dennis said that with some airlines like Singapore Airlines, new features are advertised months before they’re first introduced. With Cathay Pacific, Dennis wanted to advertise WiFi when it was halfway around the fleet, as the airline doesn’t want to raise false expectations. After all, it’s better to be delighted with lower expectations than it is to be let down with higher expectations. He also admitted that Cathay Pacific was one of the last airlines to introduce WiFi (which is true), since they were still trying to agree with flyover rights in China, and no WiFi would be better than WiFi that people pay for, only to realize it doesn’t work for half the flight.

Dennis is a strong believer that working environment affects Cathay heavily, and has made measures to change their environment

Dennis mentioned that Cathay Pacific’s working environment used to be very sterile, which didn’t speak well of the brand. He mentioned that their office designs have to be simple sometimes, which is actually a complicated process.

For example, their renovated conference rooms are named after different key destinations, with cute designs on the doors, and each conference is numbered with a “gate” to simulate a mini-airport. 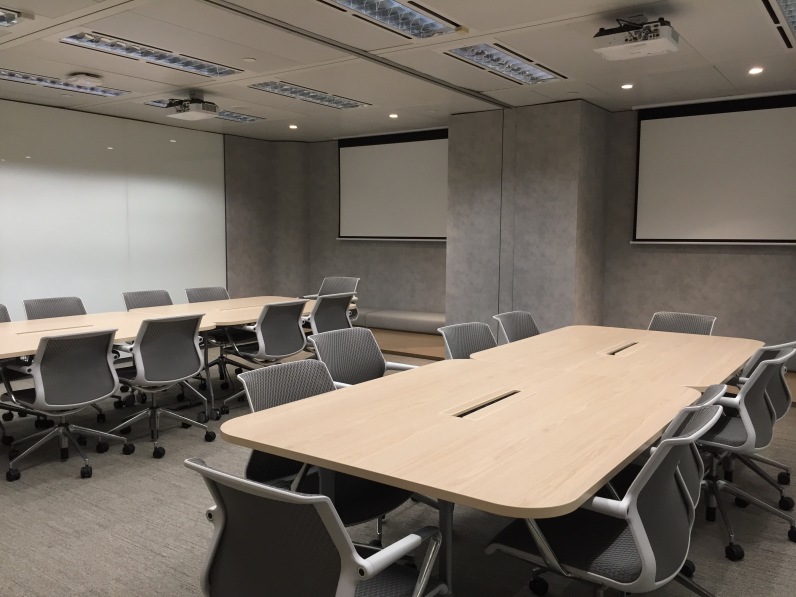 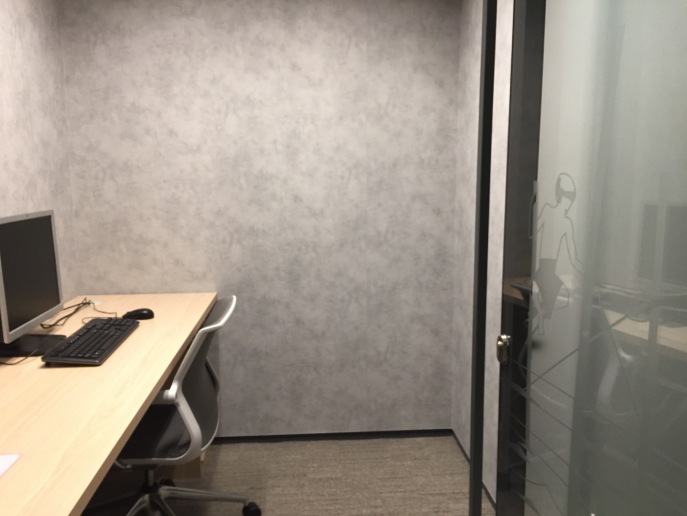 He also showed some outlining of what their new dining areas would look like, compared to their old ones (this is actually one of the least drastic changes throughout the whole office – you can see the contrast looking down the balcony between the renovated and non-renovated floors).

You can see that there are less photos in the older wing, which makes a more sterile area.

He says that if you want to work for Cathay Pacific, you want to have a good image of the brand, and sterile working rooms just don’t cut it sometimes.

He gave us a lot of time around the cabin mockups, and even agreed to take our photos in the first class cabins (which don’t even exist anymore – all 777-300ER first class cabins have undergone a refresh, while the 747s are gone). 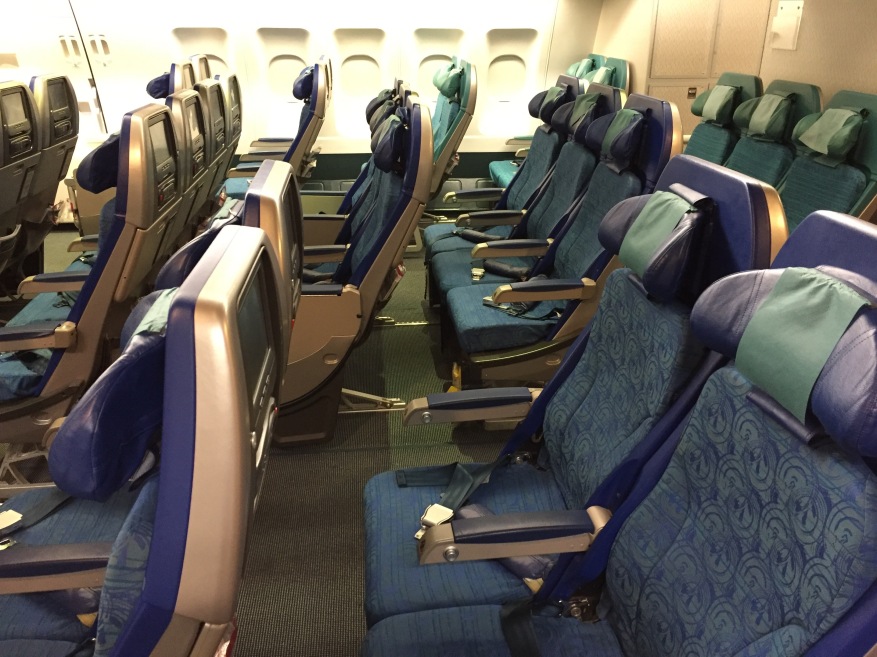 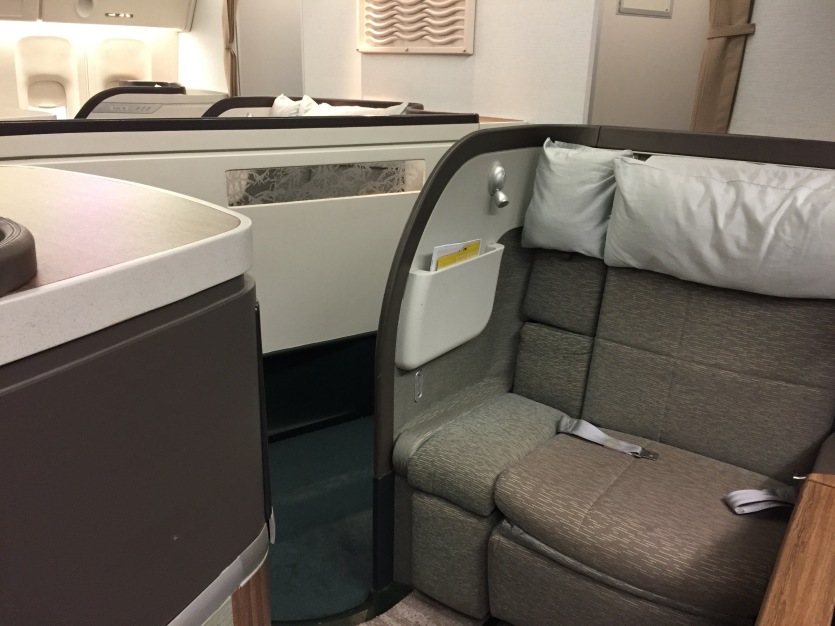 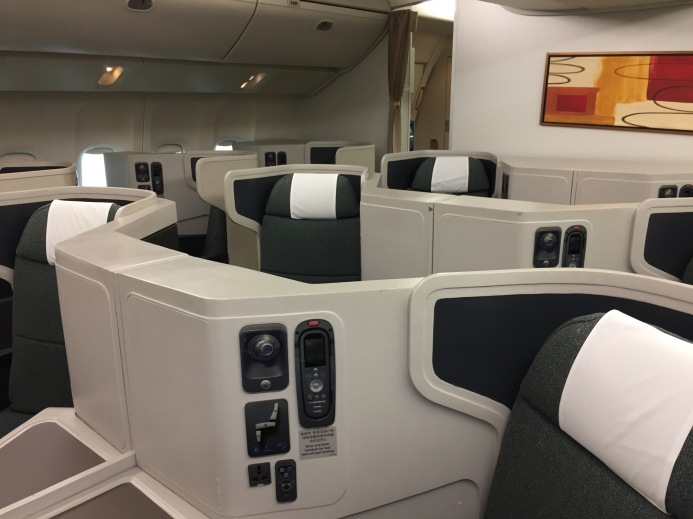 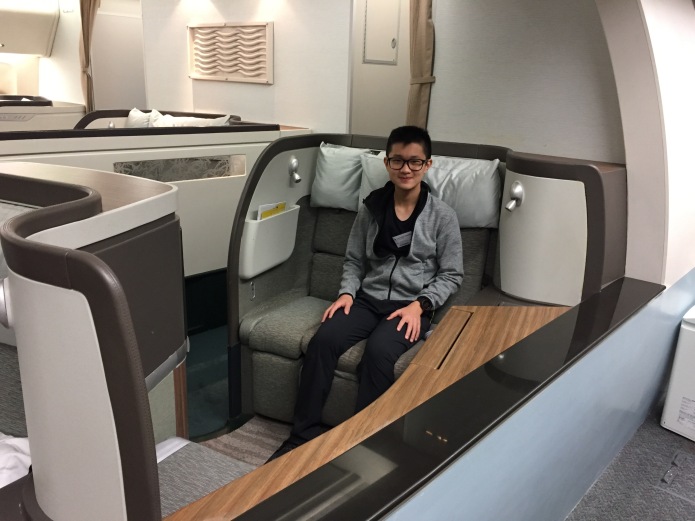 The only time I will ever sit in First Class before I either become really successful doing this, or get a good career and turn 60

He couldn’t seem to find the A350 cabin products, but he tried his best, and I thank him for that.

It was refreshing to meet up with Dennis and learn more about what Cathay Pacific wants to be as a brand. True, we give them a lot of unfair criticism sometimes, but that’s just because we’ve grown up with Cathay and want them to be the best they can be as a brand. Of course, there have been issues with cabin crew lately, and if anything, after learning about their customer ethos I just have more reason to be extra critical of them.

But I can’t thank Dennis Owen enough for proactively offering to take his time and run us over who and what Cathay Pacific wants to be as a brand. It’s certainly worked like a charm, and I can’t wait to see what they’re gonna be after their office is completely renovated in a couple of years.