I’ve talked pretty extensively about Hong Kong Airlines’ new Gold Coast service, and found it to be pretty fascinating. While they have prices I’d take in a heartbeat (especially in business class), I don’t think the rest of Hong Kong is saying the same, given the load factors on the flight.

I’ve been fascinated by the logistics of the route itself, especially from Gold Coast to Hong Kong, which makes a stop in Cairns.

Well, airliners.net loyalist Carfield has posted a very detailed trip report on his flight from Gold Coast to Cairns to Hong Kong in Hong Kong Airlines business class. I’m sure he’d appreciate it if you checked out his post, which can be found here. 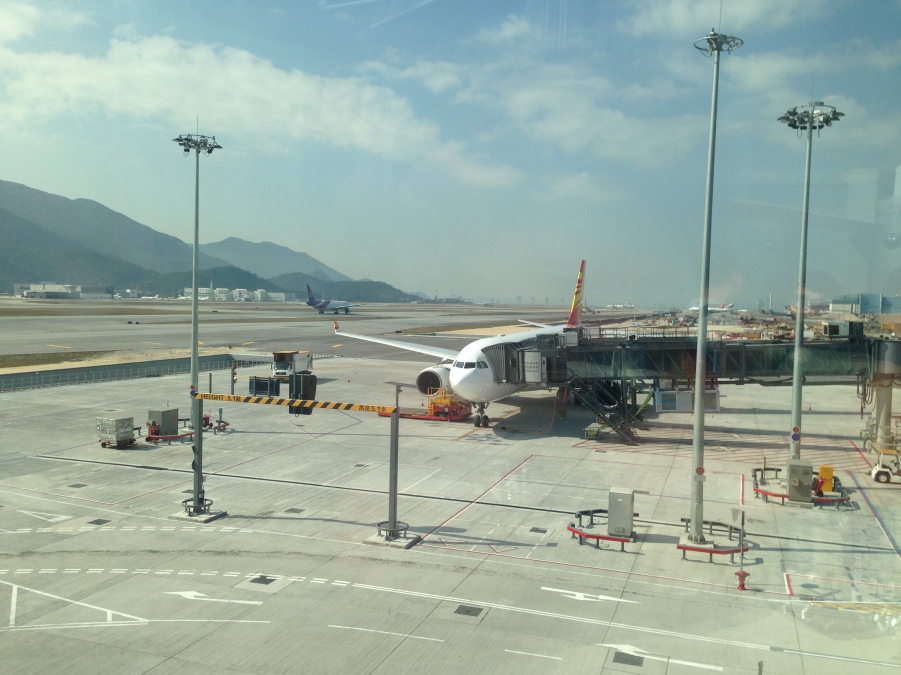 The seats look rather good for business class seats, and look in pretty good condition, though I’m still looking at snagging one of these seats to Taipei to check out how Hong Kong Airlines is like. It’s kind of annoying that I still haven’t flown this configuration of business class, given how many airlines offer it nowadays.

In some ways, I felt that the all-aisle business class seats are major plus and perhaps the only selling points. I am generally fine with HX F/As, which are younger but also less experienced and well trained. HX has hired many former CX F/As to be pursers, but many F/As are still very inexperienced, especially in J cabin. But lounge access (or the lack of lounge access at both Cairns and Gold Coast), catering and many ground related operations are still really under-par, especially a 77 minutes wait for baggage delivery in Hong Kong. There are potentials but even with this low price, it is hard not to look through these major shortcomings and while I am okay with HKG to Australia, but doubt that I will like to fly its return service from OOL or CNS.

Well it’s acceptable that the flight attendants seem less well trained as Carfield’s mentioned, as Hong Kong Airlines hasn’t operated a longhaul route in over three years, I side with him on the lounge part – Hong Kong Airlines doesn’t offer lounge access in Gold Coast or Cairns. As he says, Hainan Airlines (the parent company of Hong Kong Airlines) partners with Virgin Australia, who has a lounge in both airports, so the lack of lounge access, or even coupons, is unacceptable.

Carfield’s post actually makes me really want to try Hong Kong Airlines, albeit not on such a long flight. I’ve always been intrigued due to how good of a business class product they have, so you bet I’ll be finding different ways to get to my next short trip!