Recently, I flew Cathay Pacific from Hong Kong to Kuala Lumpur. I’m glad to say that I’ve finally been able to experience the Cathay service that I’ve always known since a child once again, which is to say that the service was warm, friendly and attentive.

However, that’s not the point of this post. I’ll talk about Cathay’s service in a later post.

Most notably, on this flight, I was able to experience the new Economy dining on board this flight, a new “bento-box” inspired design that Cathay is rolling out. Apparently, given that Economy tray table on Cathay’s A350s is smaller, management thought it would be a good time to give the trays a overhaul.

You could say that as soon as I saw the new trays being prepped by flight attendants in the galley, I squealed with excitement. The male flight attendant didn’t seem to be so excited, and made a sort of 😁 face at me. Eek. 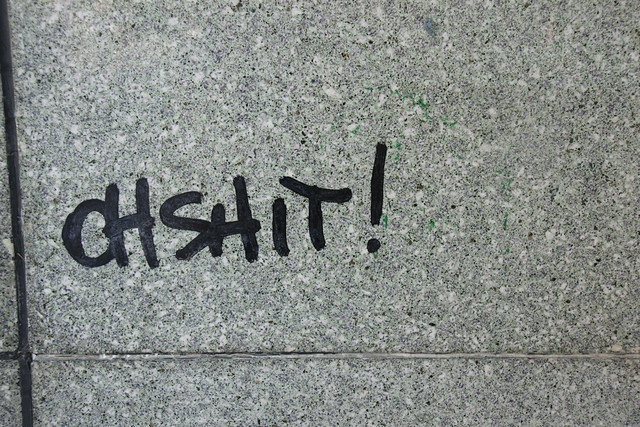 As it turns out, the new trays are a bit of a pain for the flight attendants. Even though the new trays are smaller than the older version used by Cathay, management didn’t bother doing anything with the carts used. As such, the small metal strips used to hold the trays in place don’t work at all, causing meals to collapse in a heap.

Seriously Cathay? You can’t even make sure that your passengers get their starter and desserts delivered in a presentable state? Does it really take a genius to realise that these trays are potentially an issue?

Thankfully, my meal came to me just fine. The tray I was presented with is as follows:

That certainly doesn’t look bad at all. Everything looks neat, tidy and well arranged. I also like the new meal covers, which are a step up from the bland gold/silver design previously used by Cathay. Kudos to Cathay for an ever strong aesthetic game.

However, looking closer at the new trays, issues arise…

It’s blatantly obvious that the meal portion has been downsized, for about the 30,000th time since 2007. For your reference, here’s a pre-new dining meal offered by Cathay on a flight from Osaka to Hong Kong:

That doesn’t look too bad… At all.

Customers have already reflected that meal portions currently offered by the airline aren’t matching the standards that the airline should meet. So, instead of trying to make the meal larger, they decide to make it… Smaller?

Even sadder was my friend’s Low Sodium Meal, which looks as follows:

That’s been filled to the BRIM!

Really? The last time I checked the name of the meal wasn’t “Low Portion Meal”. Does that look like a full container to you? The rice portion was hilariously tiny. It looked like someone at CPCS decided to take a bite out of the rice before placing it back into the trolley to the aircraft.

Aside from portions, even the tray itself isn’t without its issues.

Aside from that. The tray is so. Cluttered. I understand that Cathay management is trying to find ways to cram passengers in like sardines, but it’s not like you have to treat those poor plates and “bowls” of stuff the same as your passengers. #fightfortherightsofthetrays

There’s as much spare space on the tray as there is space in the product managers brain (which by the way, I didn’t realise got switched. Good luck in your next position Toby Smith, you shall forever be remembered as the genius who turned Cathay’s lounges from drab to fab, but I digress). There’s a small place for your water bottle, as well as a cutlery packet that’s shoved up the end of the tray. When you try to make space to place the cutlery somewhere else by removing the water bottle, you will inevitably be faced with another inflight landslide. Wrecking your 1000 dollar suit as the tray slides down.

The new plate that holds the main meal is designed to hold the tray and the tray only. Unfortunately, the “customer-oriented” people over at product didn’t realise that a large amount of passengers take their tin-foil covers (which by the way are an improvement) and place it underneath the main meal. Guess we’ll have to place it somewhere else on the tray. Oh wait, never mind. There’s no other space on the tray. Great.

The trays look nice. There’s no denying that. Meanwhile, the trays are a b*tch to both prepare and use.

Don’t even get me started on the new coffee and tea pots.