While Dragonair has had their new economy seat since 2014, it didn’t get to the A321 until late 2014. Obviously, having six aircraft to refurbish, Dragonair quickly and efficiently refurbished all A321s, which I got today from Hong Kong to Yangon. This was pretty exciting: 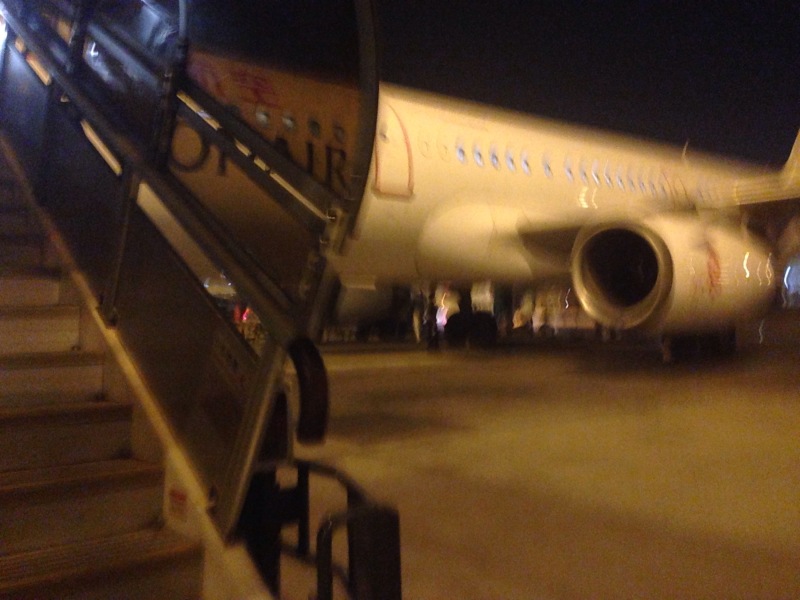 Last Saturday was the day that I flew the outbound (today I flew on the inbound, which was similar). While I was initially saving my thoughts for later, I was really pleasantly surprised, so I’ve decided to share my initial thoughts.

Dragonair’s A321 economy seat is identical to its A330 and Cathay Pacific longhaul counterparts. It’s one of the most well rounded economy seats I know. 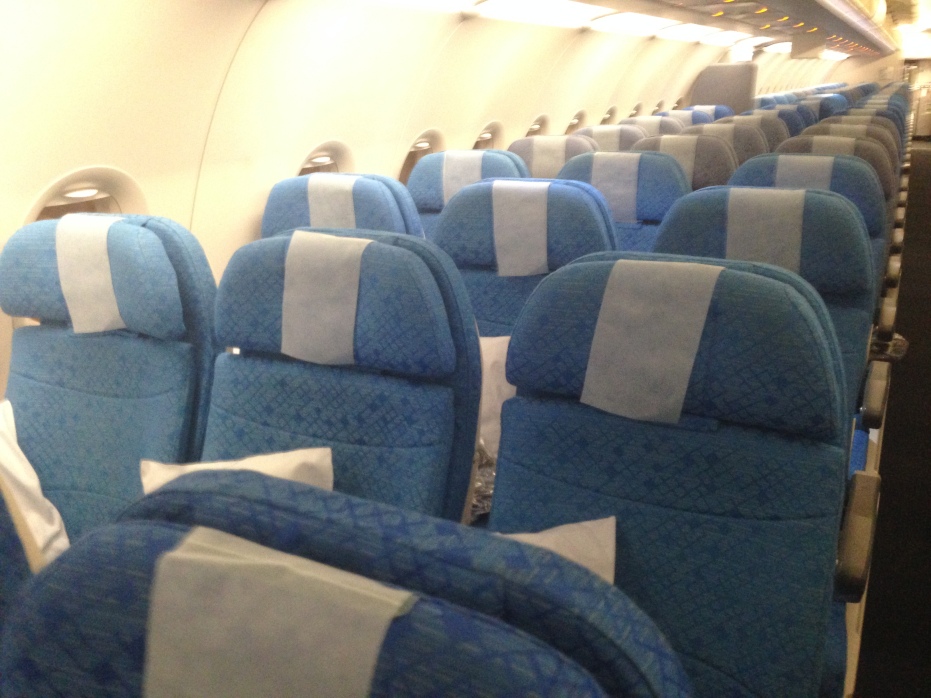 There are the exact same features – a TV, a USB charger, a 110V power port – which is okay for a longhaul economy seat, but way more than enough for a plane that’s run on shorthaul flights. 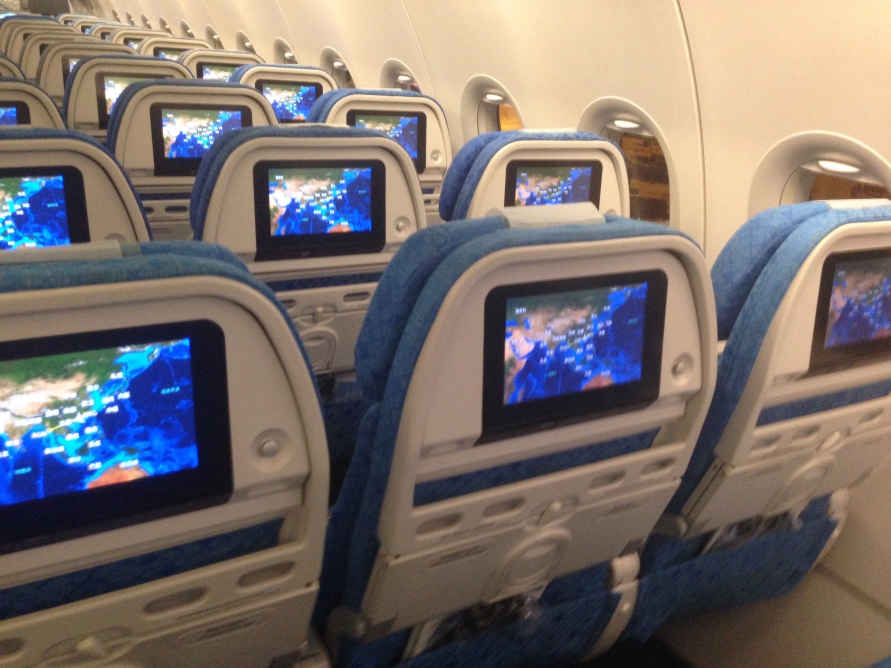 The recline is also more than sufficient. On the way there, the recline worked beautifully, but it was harder on the inbound (I’ll focus more on the outbound, as I used pictures from the outbound – the beauty of a remote stand is that you can be the first onboard no matter what class of service you are, as long as you’re at the front of the economy queue and stand near the door, so most of my pictures consist of exactly zero human beings in it). 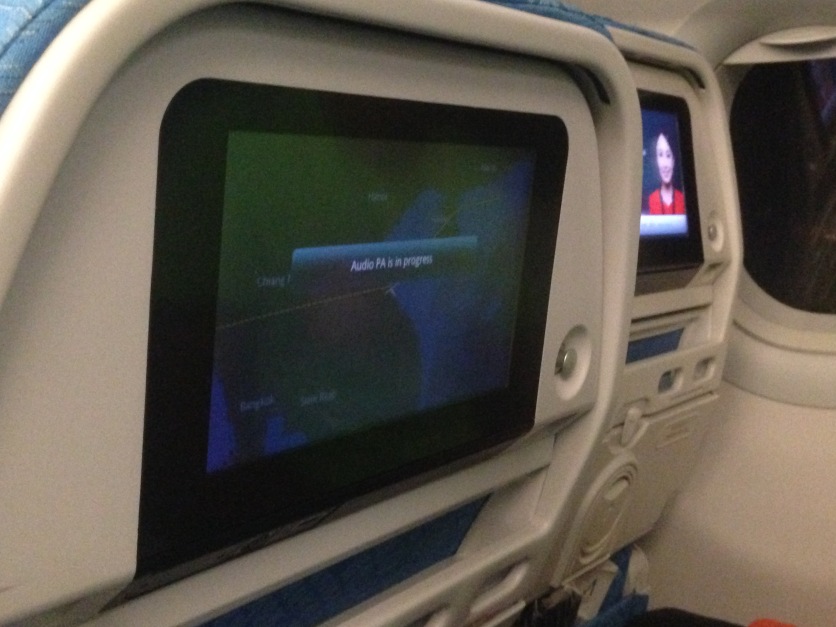 There’s the nook which I really found useful, especially after my new glasses. 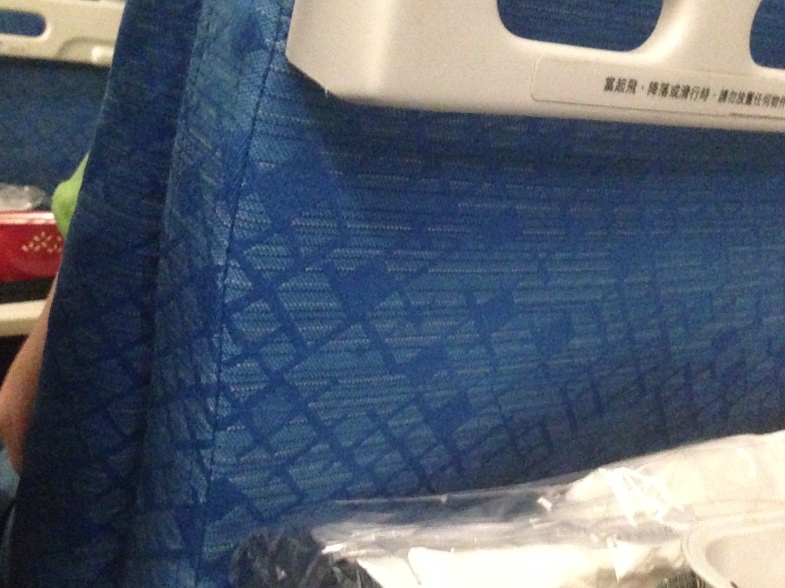 There’s a coat nook, which Dragonair advertises can fit glasses, though I couldn’t find a way to get it in. 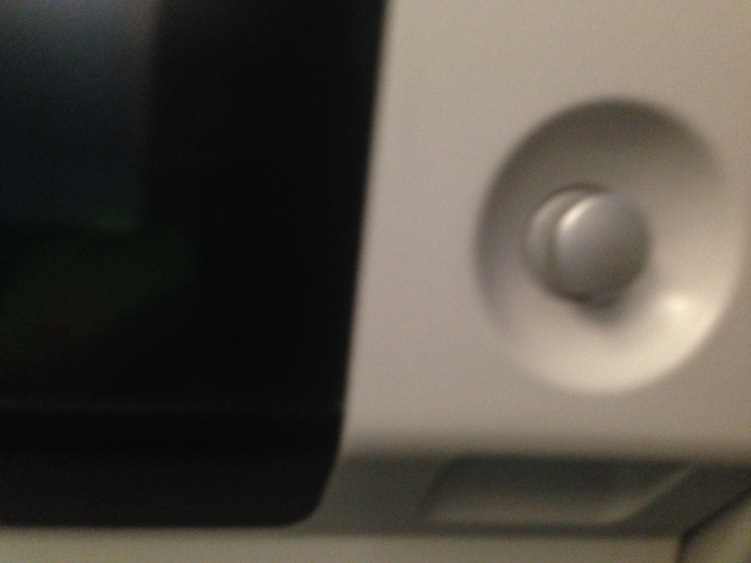 The seat’s also really, really well padded, as it consists of a separate seat cushion on the actual seat “metal”. I consider it better padded than Cathay Pacific’s business class (or, in that matter, Dragonair’s own business class).

Best of all (especially for my friends, as my own PTV is solely for the airshow), there were movies, so people could chill for this flight. 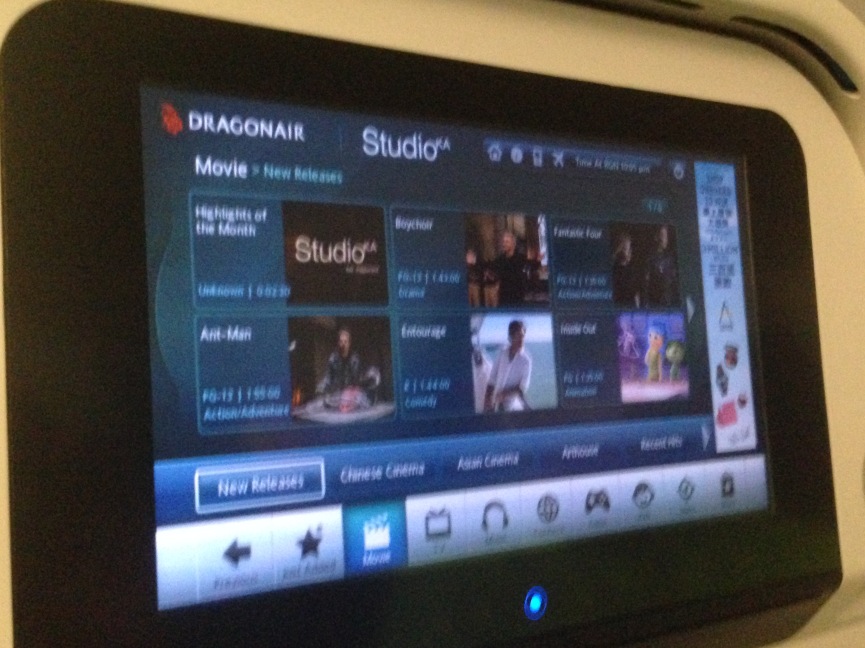 Overall, I still continue to love the seat, and would love to see how I’d find the seat on a longhaul flight.

Dragonair never had amazing headphones (for the record, neither did economy class, ever), but at least these work. 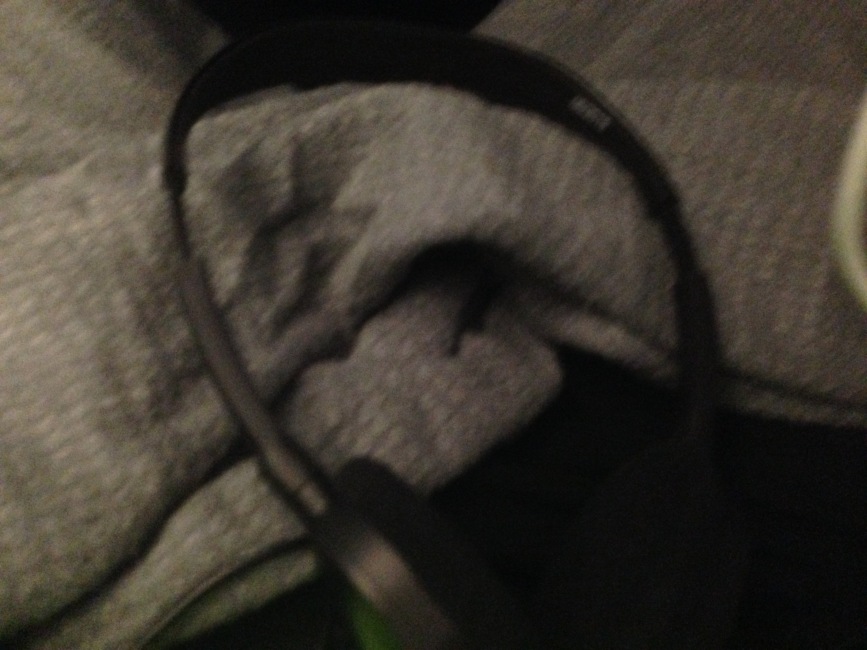 The bathrooms didn’t come with the new Airbus/Dragonair interiors, so it’s no different from the old ones. However, Dragonair still doesn’t fail to feature Nobility amenities, which are pretty great. 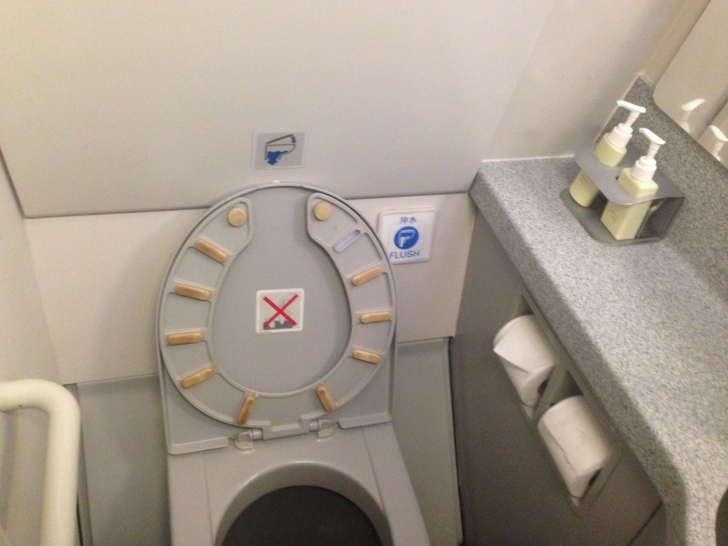 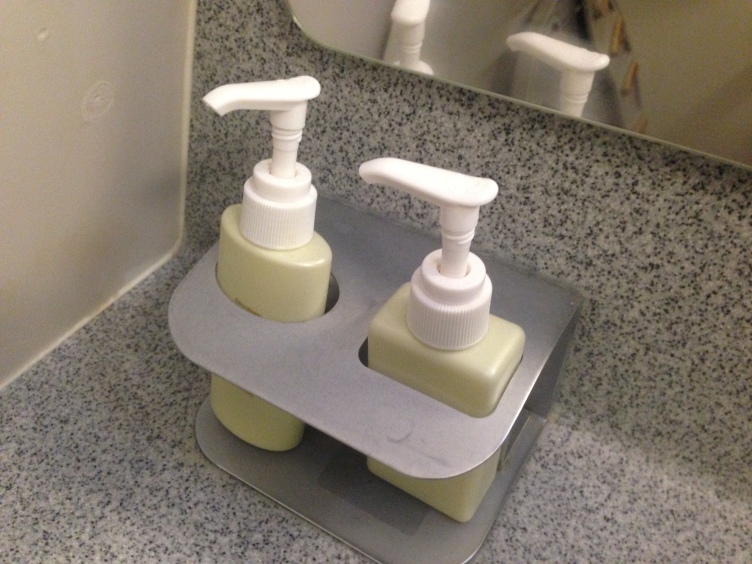 Jason told me to get in there expecting a boxed meal, so I was really surprised when hot meals were served. Dragonair usually has really awesome hot meals, and this one was no exception – the beef was tender and well cooked, the sauce flavourful and well seasoned, and it’s not a lot that I like sautéed potatoes – but these were great. 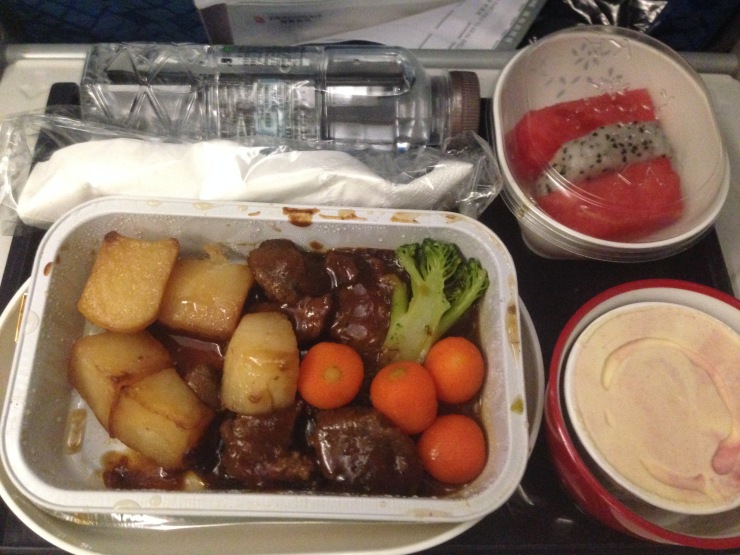 On the other hand, bonus points to those who can see the mark that’s still imprinted on the ice cream. Not that I’m complaining, but the ice cream was so frozen, hitting it with a spoon just resulted in it being another percussive instrument. 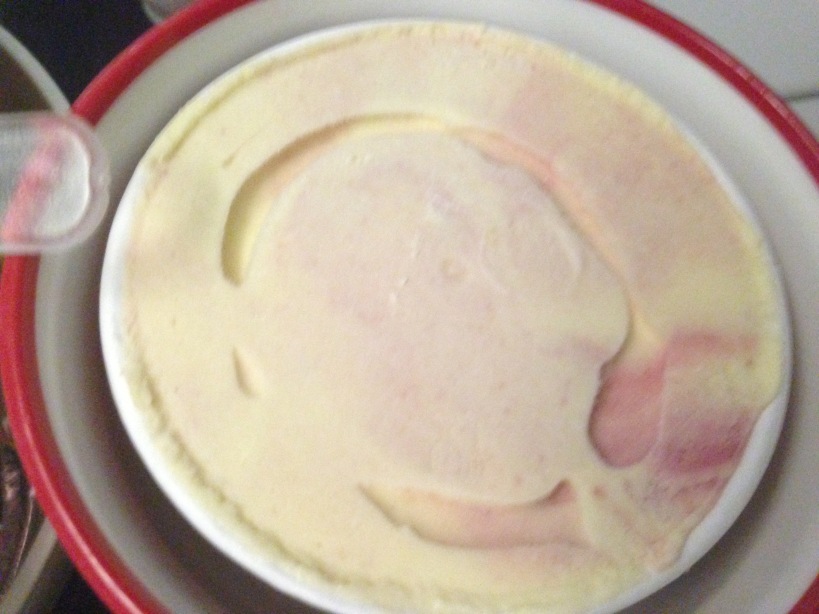 Once again, I’m not complaining.

The service requirements are minimal, but what they provided was actually really good. The flight attendants engaged in conversation, talked to us, asked us what we were doing, and made sure that we were happy with the flight. That said, the load stayed full with the exception of the seat next to me (hallelujah), so the conversation was more pre-flight than throughout the flight.

I really wouldn’t hesitate to fly Dragonair’s A321 again, and solely for deplaning purposes may even start choosing it over the A330.