Welcome to my next trip report, and I apologise that it’s taken so long. While some of the installments had been written shortly after I took the trip in July 2017, life happened, so I finished most of the other installments of the report over the past few days.

Last year, our family decided on going to the Netherlands, Belgium, and Luxembourg during the summer. My mother and I also took a week-long detour to spend some time with family in London, as well as to allow me to attend a summer camp. Meanwhile, my father had to head home straight from Amsterdam due to work.

After a fantastic experience flying Finnair last summer, we decided to fly with them again, taking advantage of their relatively cheaper fares ex-Bangkok. We decided to start our travels in Bangkok and end them in Hong Kong. This way we wouldn’t have to position back to Hong Kong after arriving in Bangkok as we did last year, which was exhausting. Our tickets ended up at somewhere around the HK$20,000 mark, which wasn’t cheap, but was a pretty good deal on relative terms, considering Cathay Pacific consistently charges HK$18,000 for premium economy on European routes. 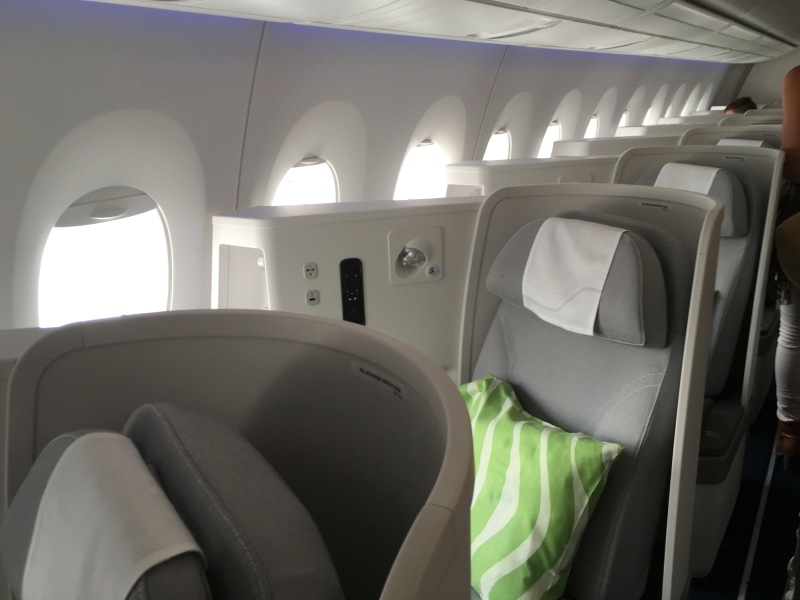 For that, we needed to position from Hong Kong to Bangkok. My mother just decided to redeem some of her expiring Asia Miles for one-way economy tickets, which cost 15,000 Asia Miles per person. On the day of departure, we were upgraded from that to Cathay’s fantastic longhaul 777 Business Class, which was a welcome surprise and a great way to start off our trip. 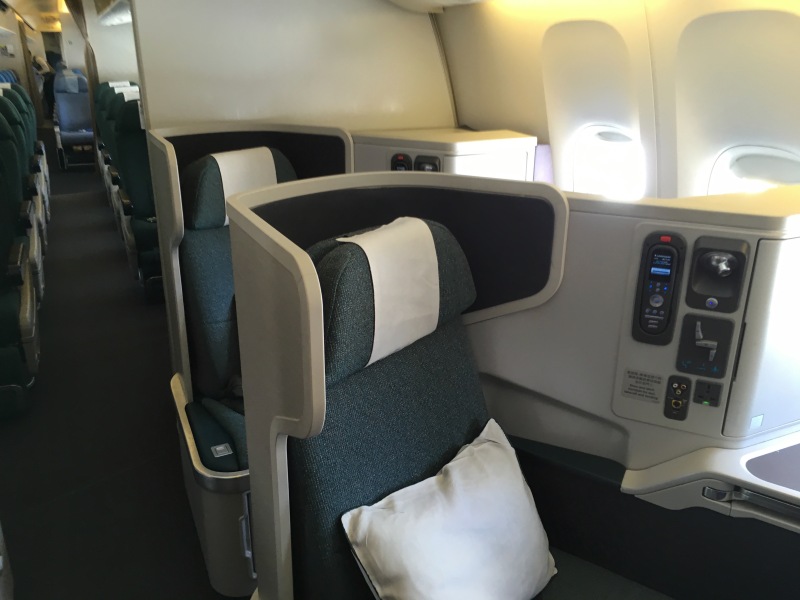 Since our Finnair ticket was an open-jaw ticket, we needed to grab a separate ticket to get from Amsterdam to London. We settled on British Airways on account of our oneworld status. The flight was operated by an ex-Bmi Airbus A321 and featured British Airways’ new short-haul economy class, which I’ll be looking into in this trip report. The flight cost around HKD 1200.

In Bangkok, we booked our stay at the Oriental Residence Bangkok, which is a serviced-apartment type property in the Embassy district. Our one-night stay in a Grand Deluxe Room cost around HKD 1200, which is pretty good value for what is essentially a Junior Suite of sorts.

Our first stop was at The Hague, where we stayed two nights. We decided on the Hotel Des Indes, which is an SPG Luxury Collection property. In order to accommodate an extra bed, we decided on booking an Executive Room, which set us back HKD 2300 per night. 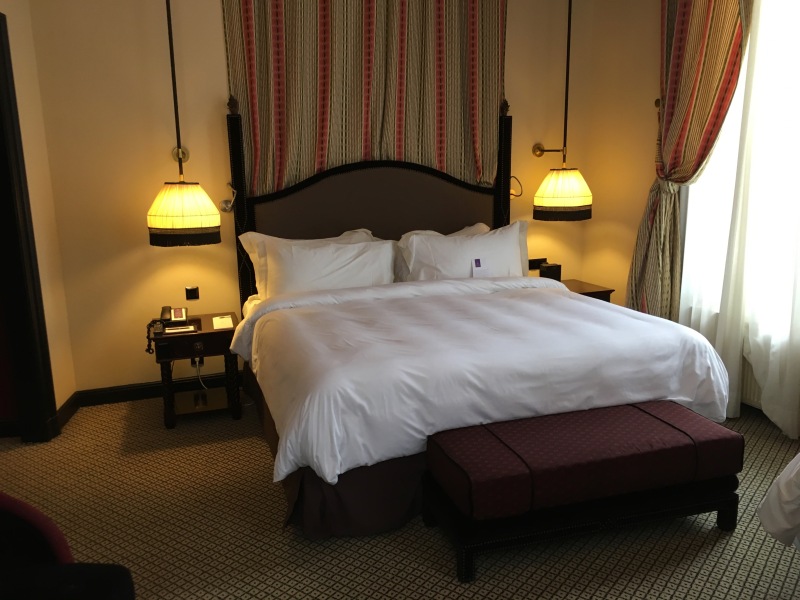 Our next stop was Luxembourg, which isn’t exactly an aspirational hotel market. We settled on the Hotel Le Royal which was located right in the middle of the city. Our one-night stay cost HKD 1300. 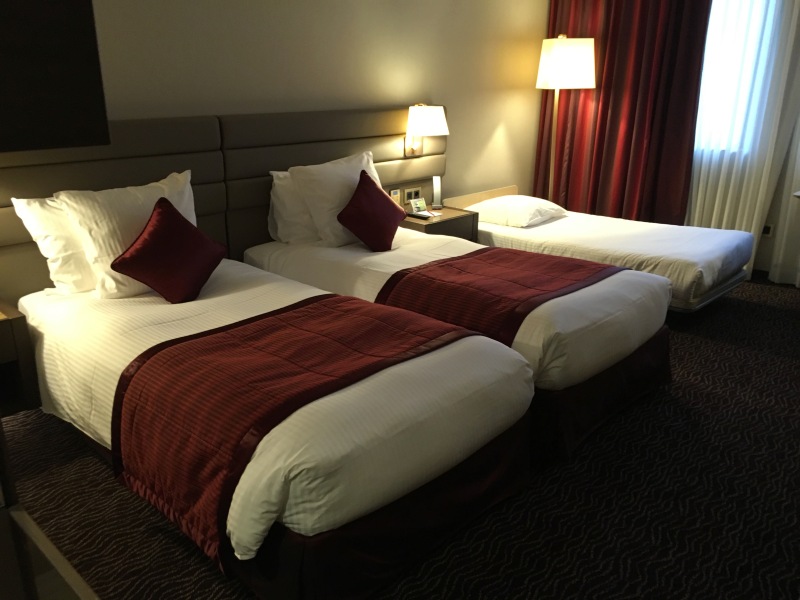 For the two days we were spending in Belgium, we decided on the Sofitel Brussels Le Louise, located in Brussel’s shopping district. We booked through Citibank, which included one free night along with Visa Premium benefits, which included an upgrade to a Junior Suite. Our stay cost HKD 1200 per night. 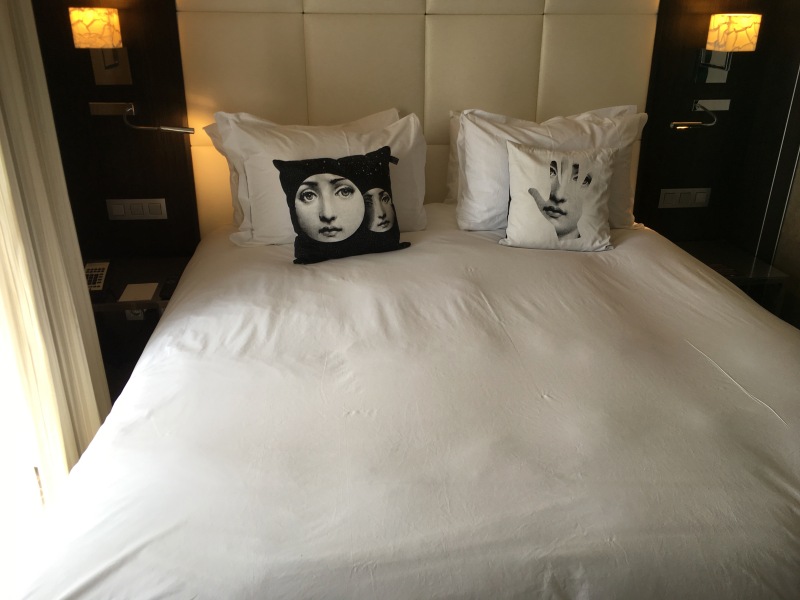 For the three nights we would be spending in Amsterdam, we decided on the Andaz Amsterdam. We also booked this stay through Citibank, which included one night free as well as Visa Premium benefits for our stay. This hotel was pricey at HKD 2900 per night, but we ultimately decided to splurge and go for it.

For our stay in London, we decided on the My Bloomsbury Hotel, which was really close to where my summer camp was held. We booked a Standard Double Room. Our five-night stay cost around HKD 1400 per night.

Lastly, while we weren’t planning to spend time in Helsinki, our flight from Bangkok to Helsinki was delayed, which caused us to miss our onward connection to Amsterdam. For that, Finnair put us up at the Hilton Helsinki Airport, which was a 5-minute walk from the hotel.

This was truly the trip of a lifetime. I am incredibly fortunate to have the privilege to have been able to take a journey like this. Furthermore, I’m excited to report on a few products more extensively, so I hope you guys will enjoy this too. Stay tuned!