Greetings from Sydney! I’m midway through a stay at a chain hotel in Sydney, and it’s quite nice, despite being ever so slightly on the dated side. I’m also a fan of Sydney as a whole – it’s becoming a city I really like and can connect with, despite being rather exhausting (the pace here’s a little too quick even for me!).

I’m a frequent user of hotel gyms, though this was a first for me. I’m not sure if I like this or not, so I thought I’d share my thoughts real quick.

At the hotel I’m staying at right now, the hotel doesn’t have their own gym – instead, guests receive free access to a fitness center, with much more extensive equipment. 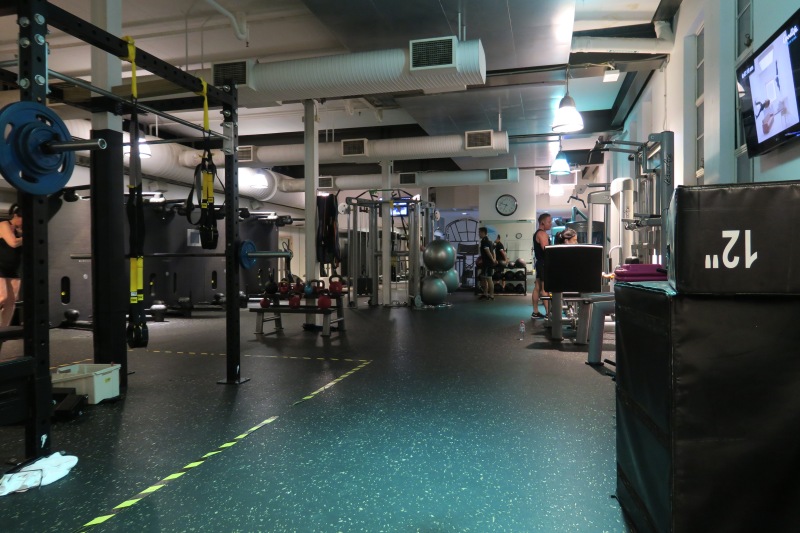 It was hard for me to get great pictures at the gym since people were there, though it’s the first time I’ve been at a hotel gym spanning two levels. 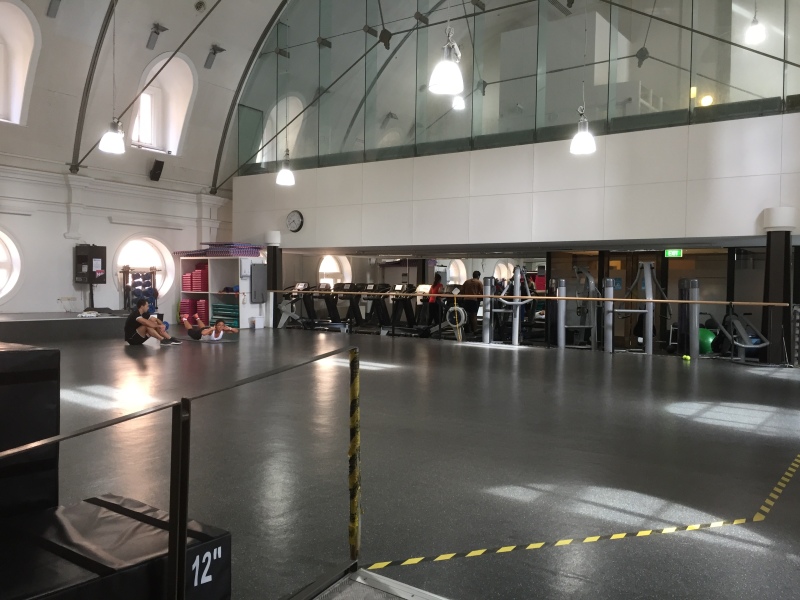 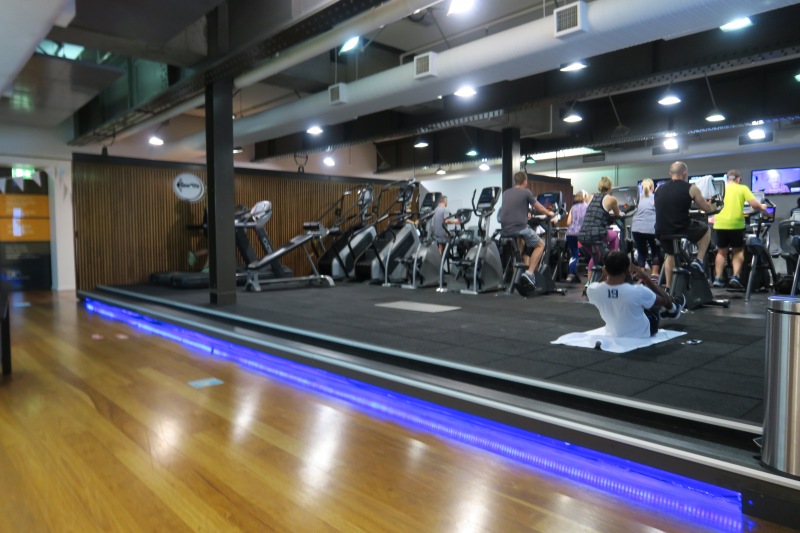 While some of the cardio equipment is lacking (they’ve had issues with a lot of the treadmills on the first floor so there are two left, and those on the second floor are off limits during yoga classes, which have coincided with all my visits so far), I’ve been really happy so far. To be able to bench to my normal weight, warm up with medicine balls, etc. while on vacation is something I’ve never experienced before.

As expected, there are reasons why not every hotel in the world partners with a nearby fitness center. The main reason is probably the fact that fitness centers aren’t open around the clock. It’s simply impractical for people to be employed for the sole purpose for manning entry to a fitness center 24 hours a day, since it’s much harder to monitor access to a standalone fitness center (they won’t be entering using key cards, that’s for sure – as hotel guests, we had to sign in as well). The biggest problem with this particular fitness center is that it closes at 9 PM. I get back later than that after dinner, and that’s when I like to gym (as I’m out all day, and my muscles aren’t warmed up in the morning). I’m lucky that Sydney is only three hours ahead of Hong Kong – visitors from timezones across the world might have severely more restricted workout plans due to the opening hours. To have to wake up earlier to gym has been frustrating, though the same can be said for some hotel-owned fitness centers that aren’t open for 24 hours.

The second issue is that the gym is usually crowded. In worst cases I’ve seen two or three other people in hotel gyms at the same time as I was working out, and at the fitness center here I’ve never seen less than 20 people. Hell, at 6:30 AM yesterday morning I had to wait to use equipment at times – and there’s a ton of equipment at the gym. This also means that the equipment is usually more worn than you’d typically see at a hotel.

Objectively I’m not sure what to make of this hotel’s partnership with the adjacent fitness center, though personally I’m loving it. There’s equipment that’s unrivalled by any other hotel gym I’ve visited (the only other time I’ve seen anything resembling a barbell at a hotel gym was at the W Taipei, where they had a Smith machine), and the people there are friendly too, which I can’t say about most public gyms I’ve visited.

If I hadn’t fallen off the plyo box in front of a bunch of people that looked like they’d been gymming for the past 30 years, I’d probably had come out with an even more positive impression. Then again, I don’t value serenity during my workout as much as some others might.

Have you been to a hotel that partnered with an adjacent fitness center before? Did you prefer that to a standard hotel gym?