As part of my flight from Hong Kong to Bangkok yesterday, I had access to all of Star Alliance’s lounges in Hong Kong. My preference is the United Club, since the Thai Airways lounge is getting increasingly worn out, and the Singapore SilverKris lounge is so overused that it’s showing its age (since Singapore Airlines flies to Hong Kong often, and it’s the only Star Alliance lounge near the “lower” gates). However, we were looking for breakfast yesterday, and I’ve heard that food is pretty good at the Thai Airways lounge now. Therefore, we decided to head over, partially for the food, and partially so I could review the lounge.

The lounge itself isn’t overly nice by any means – it’s a standard outstation Thai Airways lounge, and the food is pretty good, though not insane. 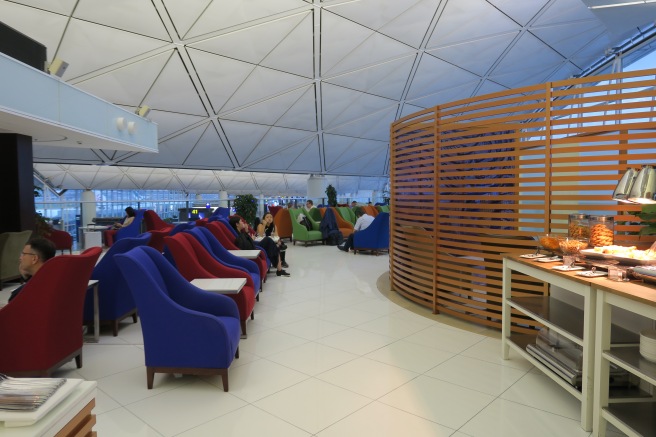 Before I left, I decided to check out the shower room, since I hadn’t done so the last time I was in the lounge. Thai Airways has showers at their lounge in Hong Kong, and they seemed nowhere as nice as the shower at the Singapore Airlines SilverKris lounge, since the SilverKris lounge features a shower room with marble floors and a tri-point showerhead. Or so I thought.

The Thai Airways Royal Orchid Lounge at Hong Kong seems to have a subpar shower room at first glance. The room doesn’t feature a toilet or a sink, and the decor itself is bland, much like the toilets at Hong Kong Airport. 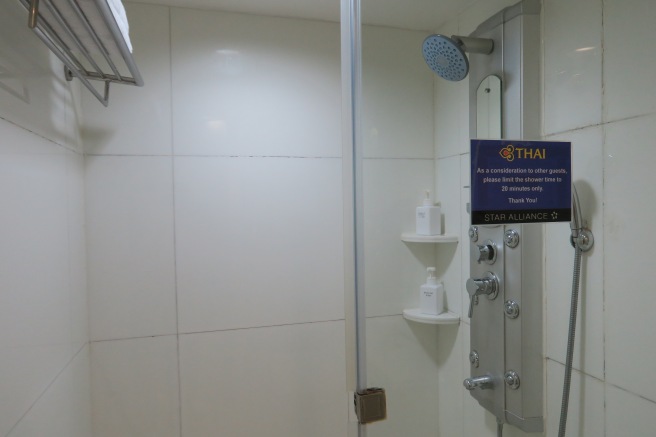 However, looking closely, the shower unit features a great handheld shower as well as a massive overhead shower, complete with a six-way “carwash” shower panel. There’s even a mirror should you want to look at yourself being hammered by all seven water outlets at once. 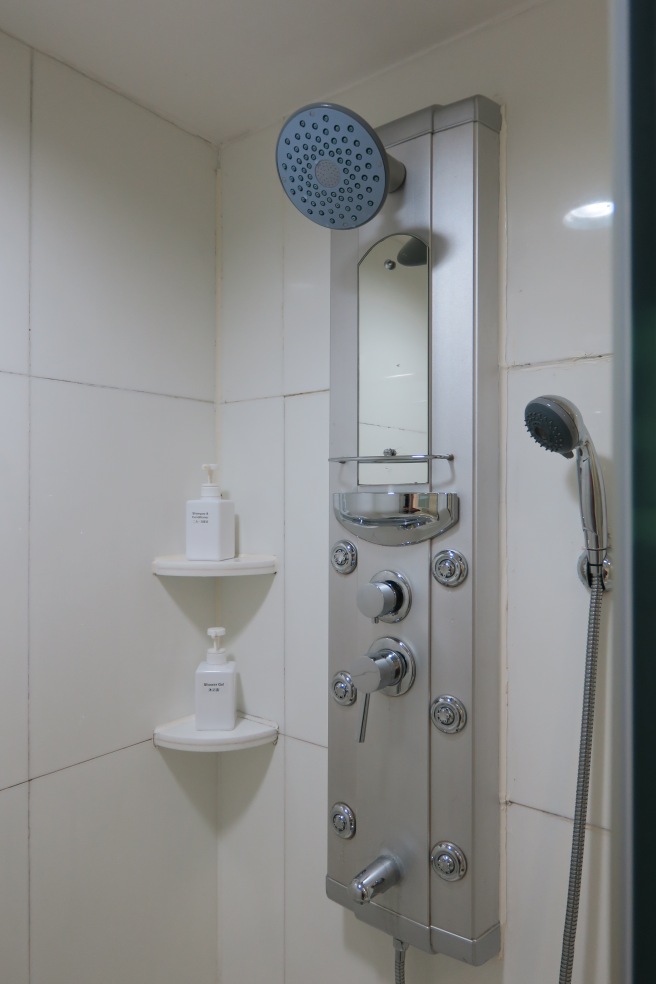 I haven’t seen this at any other airport lounge, and I’ve been to some of the world’s best lounges…

This was just a simple observation that surprised me, since I wasn’t expecting Thai Airways’ Hong Kong outstation lounge to have a shower at all, much less the best shower I’ve seen in any airport. Ultimately I haven’t tried the shower in itself (it seemed a little weird to have two showers in the span of two hours and I was short on time), so I can’t comment on the water pressure, temperature, etc..

However, if you have access to a Star Alliance lounge and need a shower, the Thai Airways lounge is the way to go.

Has anyone ever showered at the Thai Airways Royal Orchid Business Class Lounge Hong Kong?