In February, Swiss started charging for throne seats on their flights in business class. I don’t know how I didn’t write about this, but I do admit that Swiss’ throne seats offer a significant amount of comfort compared to their other seats. Swiss’ prices for their business class product aren’t usually obscene, but they’re on the upper end of the scale compared to longhaul business class flights out there between Hong Kong and Europe.

Well, when playing around on Swiss’ website today, I tried to price a routing between Hong Kong and Zurich (not that I’ll be flying on Swiss anytime soon, as all the travel I need to do to Europe in the near future is booked).

Swiss charges ~HK$31,000 for flights direct from Hong Kong to Zurich (the cheapest seat I’d snagged on the route was on the way to Geneva, where I booked in Swiss business class on the way there for HK$14,000 one-way, which really isn’t cheap), so I’d expect a seat on the upper end of the scale. Two out of my three flights on Swiss have been in a throne seat, and they’re really comfortable, at least compared to the other seats (see our guide to Swiss’ 777 business class for more thorough seat recommendations). 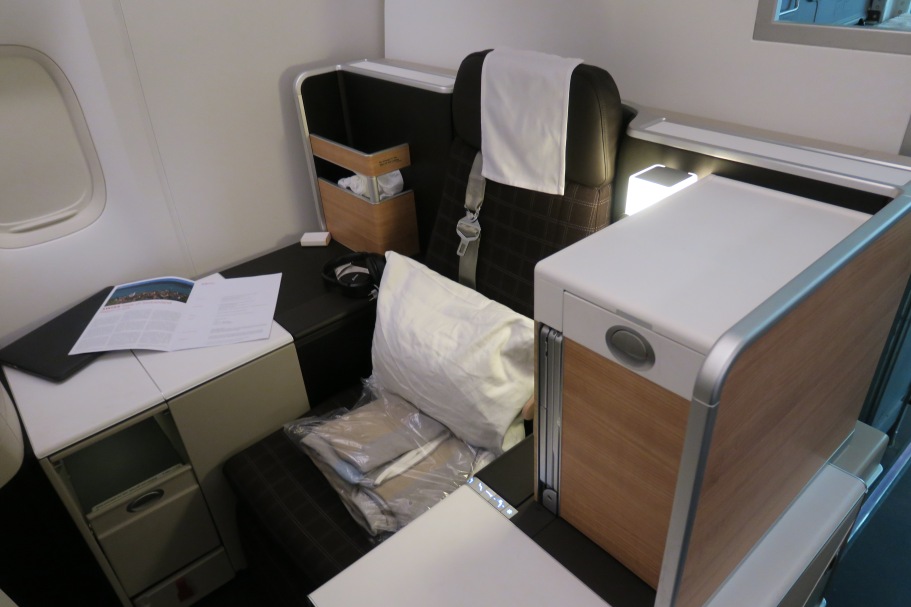 Now Swiss has started charging for throne seats, how much do they cost between Hong Kong and Zurich? A mere HK$1560 per flight. 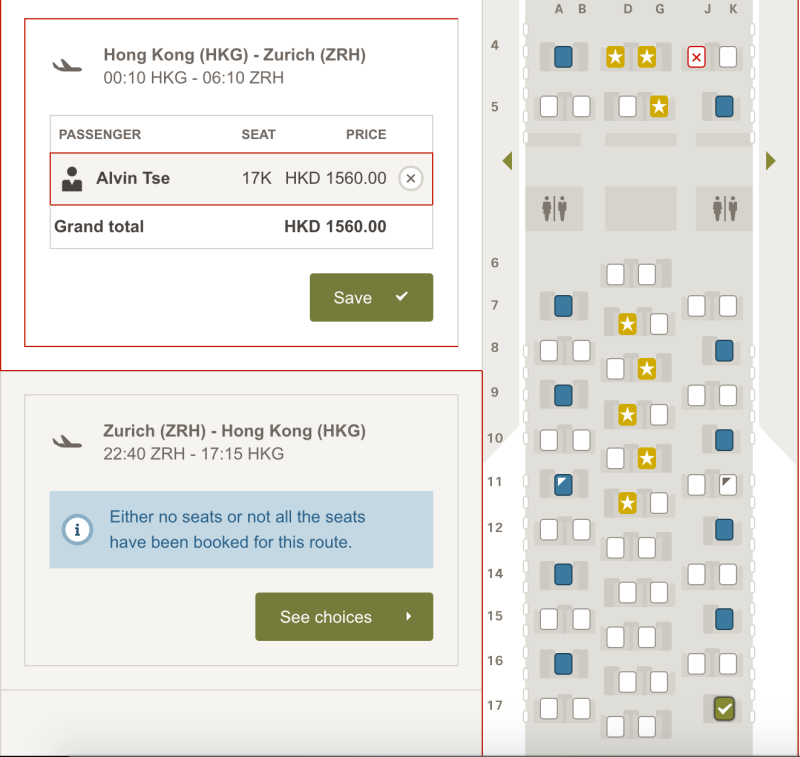 Many Asian longhaul flights seem to charge similarly for these throne seats – Bangkok is a less premium market, so a business class ticket roundtrip is ~HK$24,500. The price for a throne seat, however, remains the same.

Admittedly throne seats on Swiss business class are really spacious and have plenty of storage options, though I wouldn’t say they have much more storage than a reverse herringbone seat. To price HK$1560 more for the seat is insane, and definitely much more than I expected these seats to be priced, especially since you’d get a fully bed otherwise anyway. Roundtrip, you’d be paying HK$3120 for a throne seat.

Of course, Swiss took this as a marketing opportunity – these seats marked in blue are now “privacy seats”, and they have a dedicated webpage. Swiss also has taken the time to put the dimensions of the privacy seat onto the page, without stating that all other seats have the same dimensions as well. Swiss has also taken the time to advertise exactly how much better their throne seats are compared to the rest of their seats:

Whether you’re flying on leisure or business, the “Privacy seat” brings you ultimate privacy and wider table-top space, allowing you to reach your destination even more relaxed. For a small fee, you can now reserve your desired seat pre-flight and make yourself even more at home, high above the clouds.

Personally I think that some people will splurge for the seat anyway, especially if you’re flying one of their lower priced routes (Bangkok to Zurich is a good example). However, the pricing for these seats is insane, and I don’t think they’re worth that much more. I mean, Virgin Atlantic lets you buy up to an extra legroom seat for HK$590 in economy class, which gives you much more legroom compared to the cramped 31″ you get in their economy class. Here, you’re getting a flat bed anyway, and more storage space and privacy comes with almost triple that amount.

I personally would opt for one of their center seats that aren’t directly exposed to the aisle (as I explained in our guide to Swiss’ business class), which would give you a similar amount of storage space, but without a window view.

Throne seats on the A330 and A340 seem to be just as expensive, though in those cases there are individual seats by the window.

While I expected Swiss’ throne seat pricing to be expensive, I hadn’t expected them to be this expensive. Personally, I wouldn’t splurge for a throne seat at this price, though I get that some people would pay for more privacy. If I were a Miles and More elite or a HON Circle member, I really wouldn’t be worried about not being able to snag a throne seat in time.

Is anyone planning to fly Swiss business class in the future? Will you assign yourself a throne seat?