As I’ve hinted at in the past, I’m booked on Qatar Airways’ 787 and A350 from Hong Kong to Munich via Doha. I’m really excited to experience their reverse herringbone seat from Hong Kong to Doha, as I know they have one of the world’s best business class products, despite having a bizarre CEO.

Those segments go as planned, but I also really wanted to try Qatar’s A350 business class product, as it’s apparently a bit better despite having the same seat. Well, my dreams were crushed…

Qatar Airways is leasing four A350s from LATAM Airlines. Apparently the Qatar A350s weren’t being made on the correct schedule, so Qatar had to think of something creative. Both airlines are part of oneworld, so in theory this makes sense.

These aircraft will be deployed on mid-haul routes that have originally been scheduled to run by Qatar’s old A350s. These include:

I’m not too sure when two of the A350s will have to be returned to LATAM, but one of the A350s is on a one-year contract, and the other is on a six-month contract.

However, this is definitely bad news for passengers: 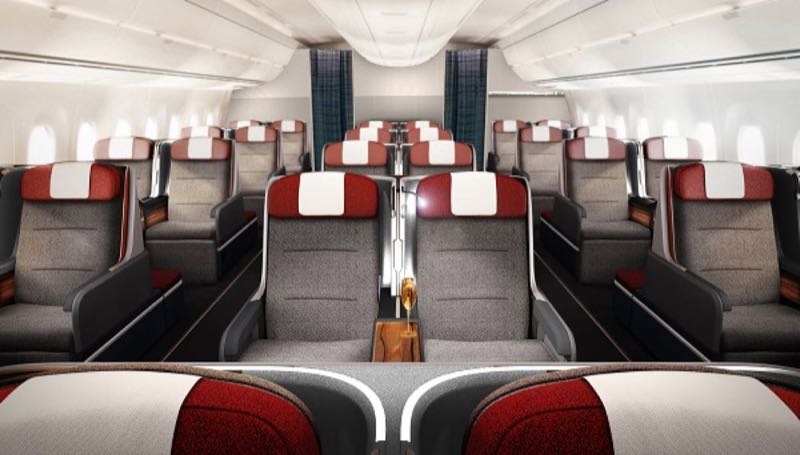 Obviously I’m scheduled on one of the flights from Doha to Munich in July, so when I saw a 2-2-2 configuration on one of the seatmaps, I was pretty surprised and believed we had an equipment swap to an A330. Apparently, I still get the A350, but one that’s not as nice…

To have no idea that there has been an equipment swap to metal from a different airline is pretty disappointing on Qatar’s part, in my opinion. I’m happy that there’s still an A350 with fully flat seats, though it’ll be pretty underwhelming for someone expecting a reverse herringbone seat to be met with a LATAM forward-facing seat, in my opinion. While many airlines have put forward facing seats on 787s and A330s, LATAM is one of only a handful of airlines that has put seats without direct aisle access on their A350s, which is rather disappointing.

However, in a twisted way, I’m looking forward even more to the flight, as it’s another hard product and technically another airline crossed off my list.