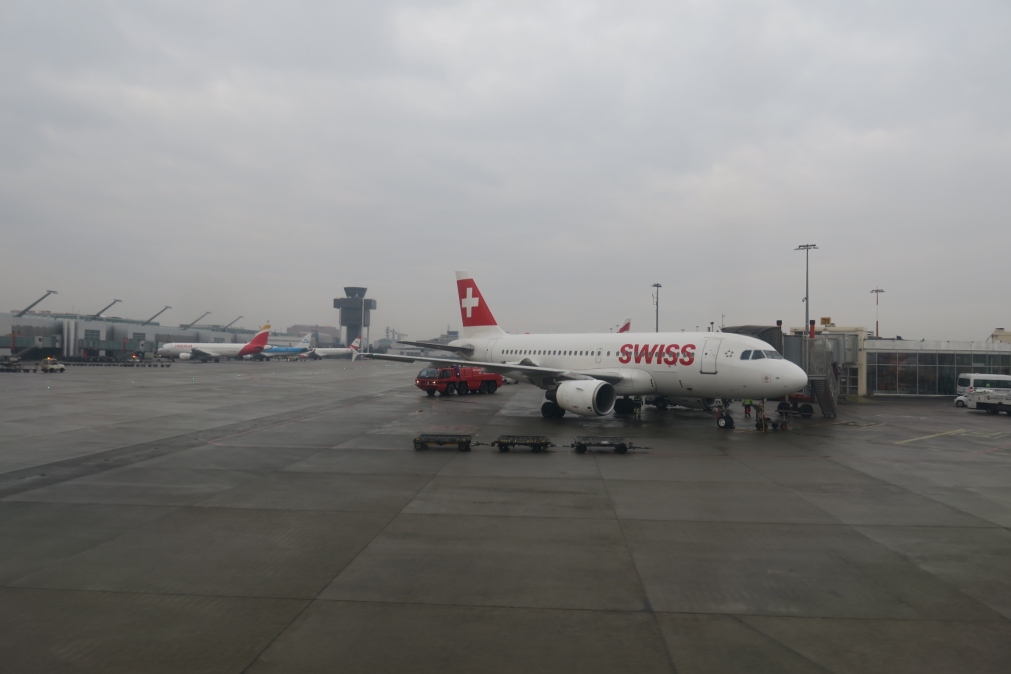 Obviously most of you already know that business class within Europe is just an economy seat with a blocked middle, so I went in the flight with really low expectations. So did it end up being that bad? 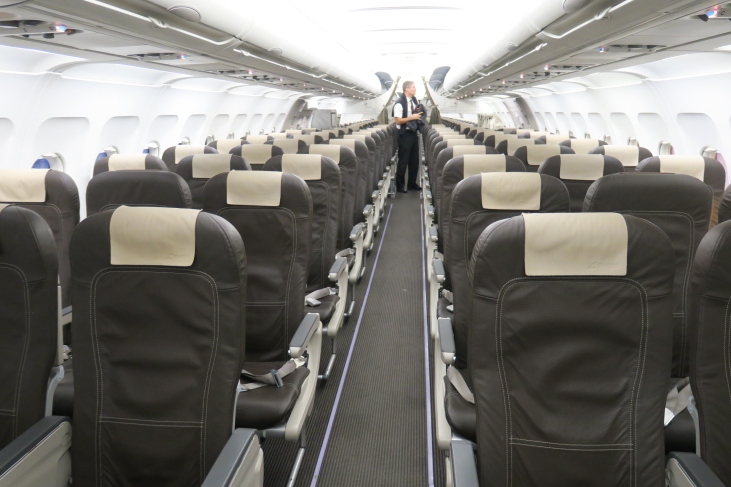 The answer is, it was better than I expected. Here’s why.

There’s no denying that the product sucks

If there’s one thing that you can’t deny, it’s that intra-European business class isn’t world class. I wouldn’t pay more than HK$100 more to sit in it, and wouldn’t even have upgraded myself at that price for the short flight between Zurich and Geneva. It can’t even compare to the likes of Cathay Pacific regional business class, which I shamelessly named the “worst business class product” last year (though it’s not in the same market, so I stand by that). 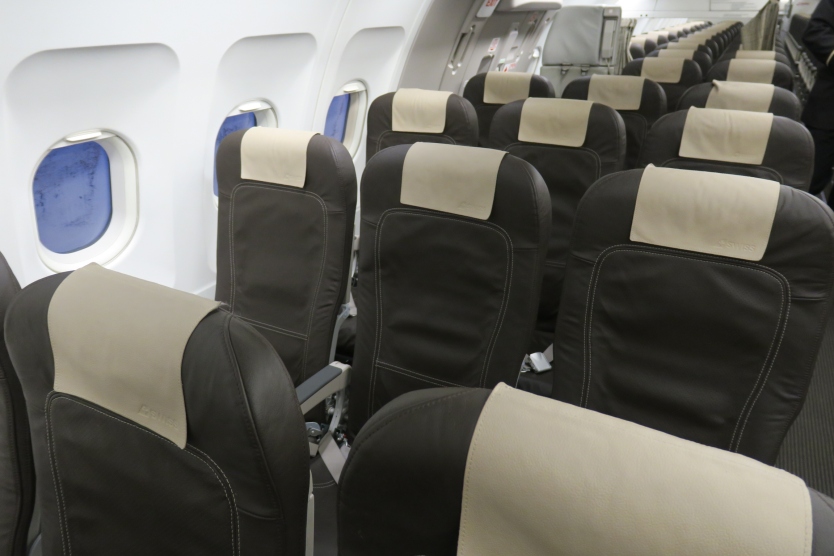 The legroom isn’t great either. On Swiss it’s equivalent to an extra legroom seat, which is around 34″ (I didn’t measure, though that have been different due to how big the business class cabin was). 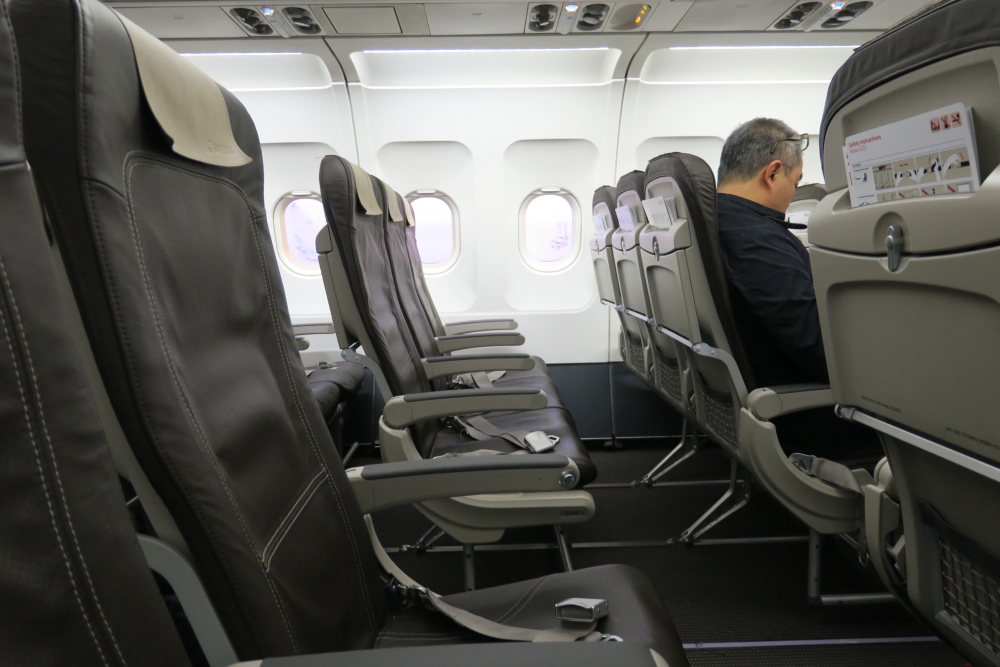 But it’s still a premium over economy class

I was expecting this to be basically a 50-minute flight in economy class at the front of the cabin, but that wasn’t the case. In fact, it felt much more spacious than, say, Cathay Dragon A320 economy class.

That’s because one extra middle seat makes a sizeable, if not big, difference. During the flight, there was one person in front of me, one person to the far left (I was sitting at the right window seat and had the entire “block” of three seats to myself), and a few people behind me since the kids on our trip elected to sit together. While we’re also factoring in how no one in the right mind would pay solely for one of these legs in business class, it’s definitely going to be at least noticeably more spacious.

The food…well, they tried their best

The downsides to the food was that all we were served was a croissant as well as a drinks round. That’s more than what I’d expect for a flight that stays in the air for 20 minutes, but thinking about it, it’s just one croissant and a drink more than economy.

The upside was that the croissant that was served was warm, flaky, buttery and delicious, which I didn’t expect. It definitely seemed at least semi-fresh (as in it was freshly baked before it got on the aircraft and was reheated after that), and the orange juice, while not freshly squeezed, was refreshing as well. 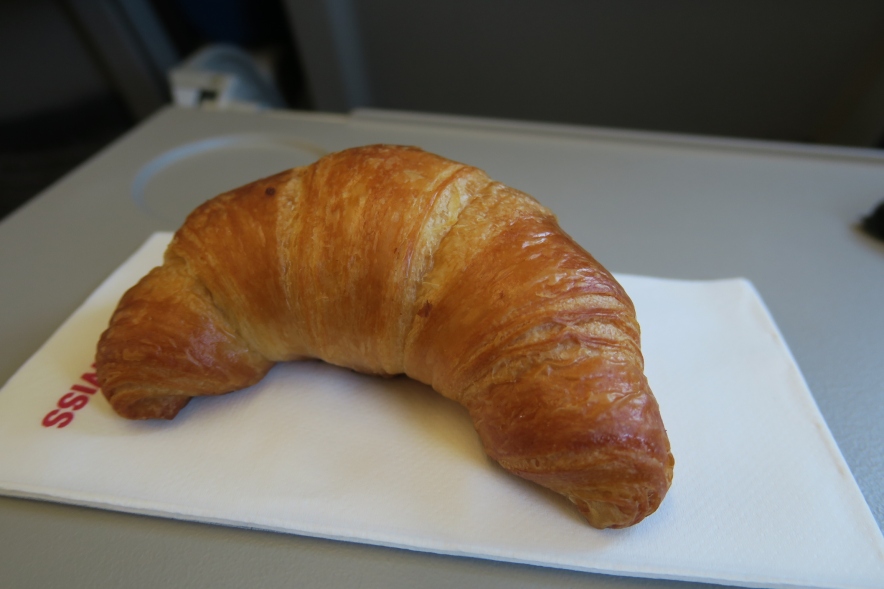 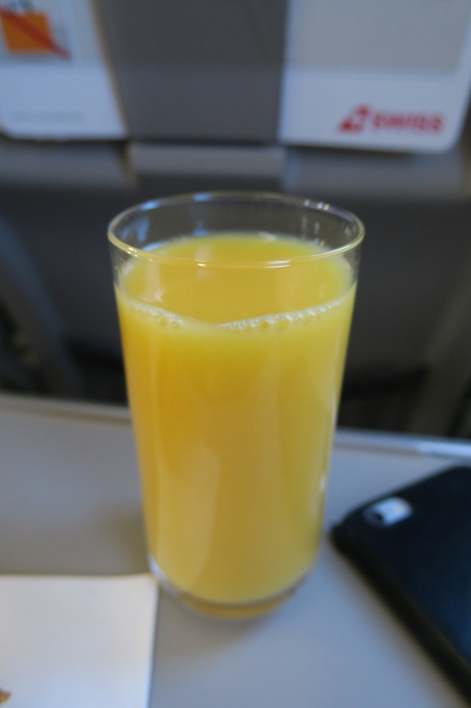 The most ridiculous thing about the entire experience has to be that some people are paying ~2.5 times the price to get a slightly more spacious product with a croissant you can probably get at a Zurich bakery for five francs and orange juice that was most likely packaged. It was definitely beyond my expectations, but it wasn’t by any means business-class level.

It’s worth mentioning, though, that Swiss may also run 777-300ERs around regional routes, which I still don’t think is worth the money for such a short flight, but definitely worth the choice over the A320, especially in business class. You get PTVs, much more actual shoulder space, and a lie-flat seat that you probably won’t be using to full advantage (it’s always nice to have the option, as you probably will be partially reclined for the twenty minutes you’re up there).

I’m happy to have tried business class within Europe, and am happy that it exceeded my expectations. While I definitely wouldn’t pay for the product alone (and neither should you), it’s decent compensation, and getting off a longhaul flight to it isn’t as torturing as it sounds.