As a math top student, I do believe in statistics sometimes, even when I’m blogging. So I thought it would be interesting to see which reviews generated the most traffic this year. I’ve reviewed more products this year than I ever have (which really isn’t much, but still), so I thought it would be interesting to compare which reviews you guys liked the best. I may not be one of the most accomplished flyers out there, in the sense that I “only” flew 76,000km this year, though I am certainly grateful for all the opportunities my family gives me.

So, in which seven flight reviews was this love felt the most? Some of these reviews are Jason’s reviews, so it’s nice to have Jason, as he adds a lot of value to this blog, if not even more than I do myself.

I am happy that y’all found value in this review, as I certainly worked hard on it. Being one of the first airline reviewers to take Cathay Pacific’s A350, I wanted to make sure that I hit everything I could, and I can’t say I did that much of a bad job. It certainly was a great deal, at HK$5,000 per person for two nights at the Mandarin Oriental and business class seats both ways, and I’m glad I got something good for you guys out of it. 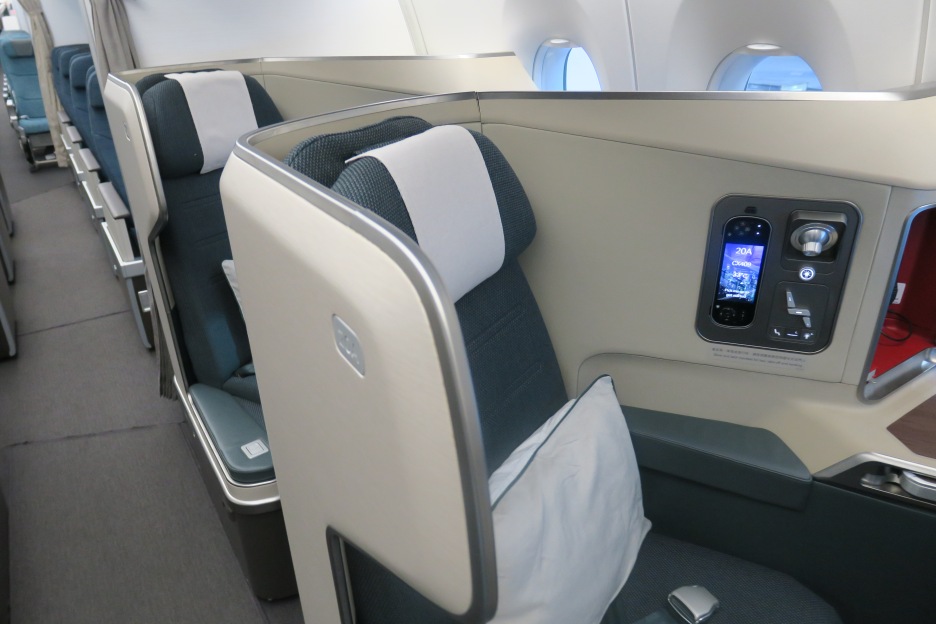 It does seem like you guys were intrigued in Virgin Atlantic’s 787 premium economy, as there aren’t many reviews out there yet, as it is still a relatively new product. I’m excited to get into more premium economy reviews next year, but I’m happy this review made the list, as the flight itself was one of my favourites this year.

I was very excited to fly Swiss’ 777 new product from Hong Kong to Zurich, as it’d be my first time in a staggered configuration (shocking, I know). While I didn’t like the configuration as such, I really enjoyed my time on the flight and reviewing the flight, and I’m glad you guys did too.

As Jason is normally confined to flying Cathay Pacific, Cathay Pacific and Cathay Pacific (and occasionally Cathay Pacific), he was really excited to fly a new airline, and it paid off. He had two fantastic flights on Finnair’s A350 (and not-so-glamorous flights on their A321), so he’s happy that he could share his experience with you guys. Now he’s got his new phone camera and everything, he can’t wait to get on another of these flights… 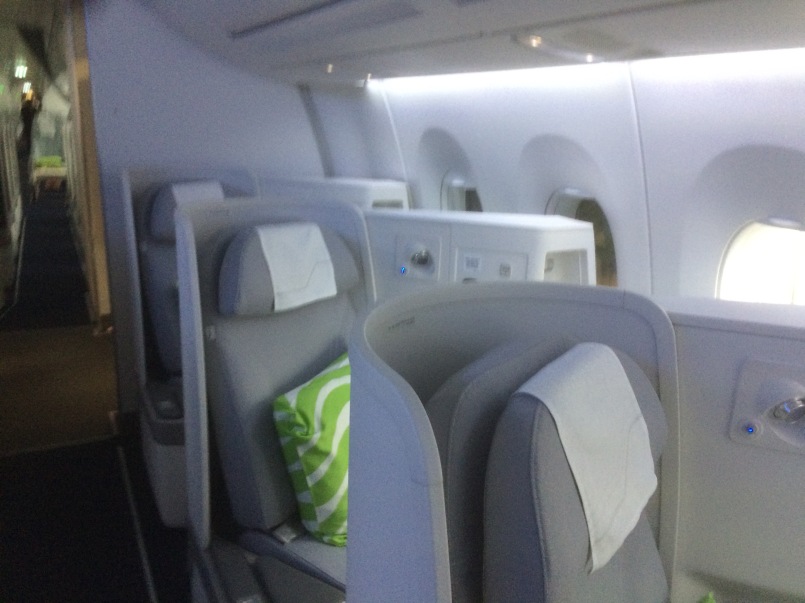 If you made me choose one flight in 2016 that I would love to repeat, it would be the Korean Air flight I took from Seoul Incheon to Vancouver. While the flight attendants were defensive in their own ways, they were just so nice and hospitable, even before my parents told them about my travel blog. They all generally seemed to care about everyone on the flight, and made it fun for all of us.

One of my favourite economy products was undoubtedly Thai Airways’ economy product from Hong Kong to Bangkok. The food was fine, the seat was modern and comfortable and the service was good, but not so great. What was so interesting was that I was on one (two, including the return flight) of many configurations that Thai uses on their A330, so it was a cool flight if nothing else.

Rounding out the seven most popular reviews was my flight in Cathay Pacific international business class from Hong Kong to Osaka. While no means the best flight ever, I did really enjoy my time with a great crew and great food. It was the first flight that I’ve ever reviewed with a real camera, which made it all the more interesting for me. It didn’t hurt that I love the reverse herringbone configuration either.

Does this change anything for me? Not really, I realised that business class and premium economy reviews are more popular in the blogosphere, but I will continue to review everything that I believe adds value to the blog. I’m excited for this year where I have even more business class and premium economy reviews to come, and a shoutout for my parents for being the best, most generous and most supportive parents I could ever have and supporting this pricey hobby that I have.

I can’t wait to see what’s in store for this year!