While I guess Cathay Pacific’s new 777s don’t really affect me, they do affect Jason, who shuttles from Newark to Hong Kong on a Cathay Pacific 777, most likely in Economy, every three months

So. You jumped on the bandwagon. You’re dumping 9 abreast seating in favour of a 10 abreast configuration aboard your Boeing 777’s. Wow. Sounds absolutely phenomenal! I can’t wait to fly 16 hours to JFK in one of those horrible torture machines. 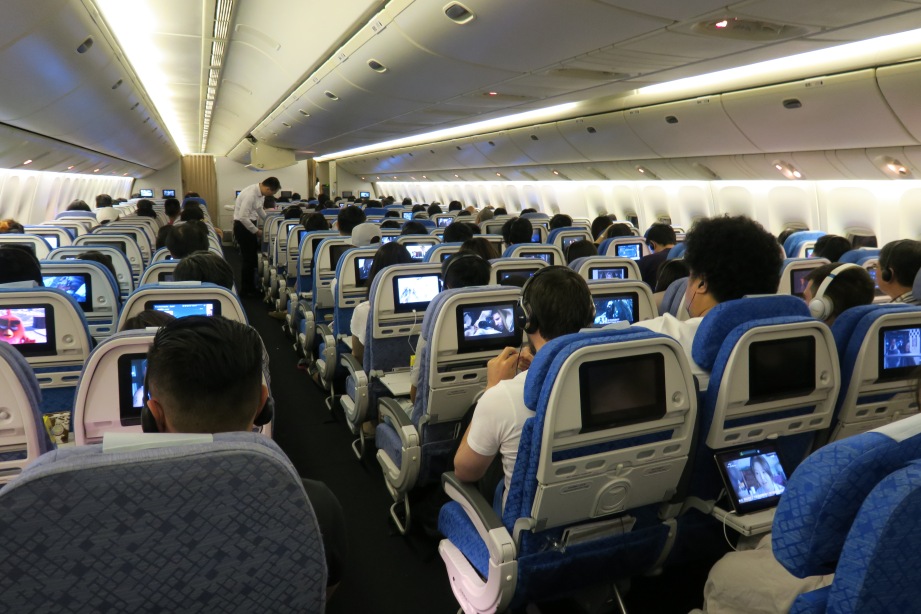 Not that the move was completely unexpected from an airline that is cutting costs like the chefs at Cathay Pacific Catering Services are chopping up fruits, but, well, I was hoping for a little more from y’all. I mean, you’re all about wanting to offer “the best in economy seats to ensure customers feel comfortable in the smaller seats”. Yes. That’s a quote from Ivan Chu.

Yeah… That’s not a thing. You can’t offer the best in economy class seating while giving customers smaller, comparatively tighter and less comfortable seating. That’s like Donald Trump’s children describing himself as a “blue collared millionaire”, or British Airways describing their cuts in regional catering (for what seems like the billionth time in the past few years or so) as a “customer enhancement”.

Fine, it’s not like Cathay Pacific’s meal “enhancement” is actually an enhancement

Oh, wait! It looks like you’re also going to “ease the pain” by introducing the latest in seat and cushion technology. But seriously, who cares about padding, or the latest in-flight entertainment options, or even enhanced dining when you’re stuffing as many passengers as you can into a single aircraft. At the end of the day, most customers want to make sure that they’re flying in the most amount of comfort possible. However, that’s just something that is very difficult to achieve with such a cramped configuration. 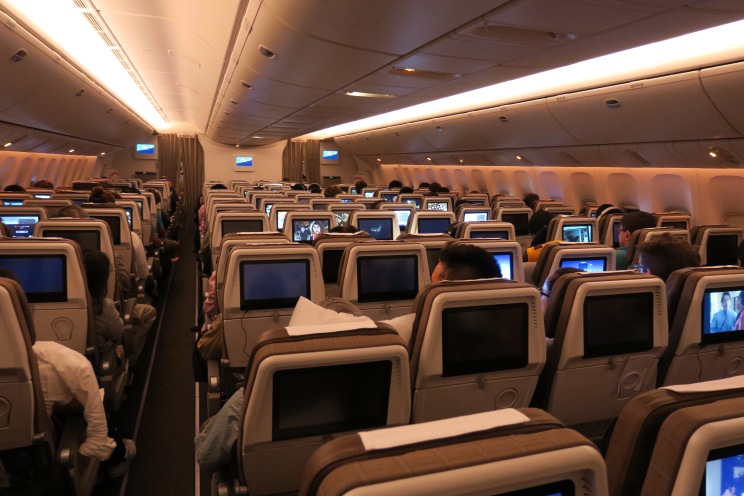 One of the airlines with such a cramped configuration is Swiss, which features 3-4-3 in economy class

Now, you’ve justified this change is that it’s the current industry standard with numerous carriers in the Gulf, North America and Europe. However, I don’t see you mentioning anything about top tier Asian competitors such as Singapore Airlines, Thai, or even Garuda Indonesia. Well, that’s because a 10 abreast configuration isn’t the industry standard amongst leading airlines in Asia. Heck, even Air China and China Southern provide a 9 abreast configuration in Economy to their customers. Yes, your Mainland Chinese competitors which you have tried oh-so-hard to steer customers away from by touting an enhanced product. Well, not anymore!

Even airlines such as EVA Air who have introduced 10 abreast Economy seating aboard some of their Boeing 777 aircraft only run those planes on regional routes. While a tighter seat might be reasonable and bearable on a shorter flight, it’s sure as hell not the same as asking passengers to spend 16 hours in a smaller seat.

Now, let’s take a look at what might happen as a result of these changes. As your seats get worse, you’re driving away more customers from your main target audience of Hong Kongers on many lucrative regional and international routes which are operated by your 777-300 aircraft. These customers will then likely flock to other local carriers such as Hong Kong Airlines or HK Express (don’t get me started on that name…), or will then begin to fly with competitors such as ANA, Singapore Airlines, Korean Air, and Asiana, all of which still maintain an 18-inch wide seat aboard all of their aircraft. Airlines with superior hard products may begin to poach away more and more customers, which I don’t think is particularly desirable. 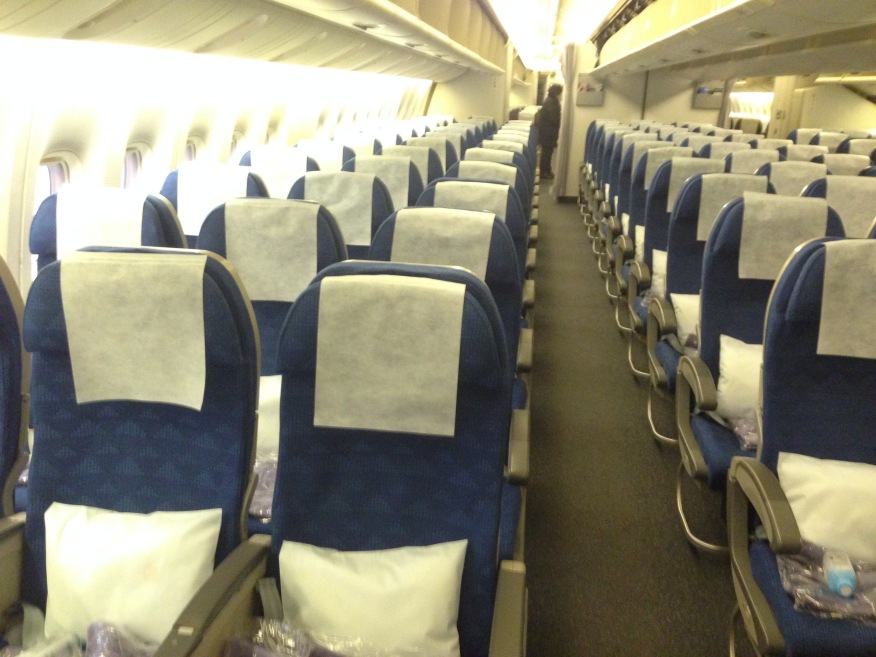 With these uncomfortable seats, you’re also going to be driving away many connecting passengers, which are Cathay’s bread and butter. Passengers travelling the “Kangaroo Route” are likely going to choose airlines with better or similar Economy Class products such as Singapore, Thai, British Airways and even the Middle Eastern Airlines over Cathay due to (slightly) shorter flight times. For passengers travelling from North America to Southeast Asia, you’re going to be driving away customers to some of your Eastern Asian competitors who are offering highly competitive prices while providing an enhanced product. That’s more customers being poached away.

You can assume that most travellers have sh*t for brains and that all they really care about are cheap prices, and that will always be true. However, it’s not like Cathay is offering the lowest fares in any of the markets where they are competing in, and that there will always be airlines one-upping (or in this case, one-downing) them on their airfare prices. The worse thing is that once customers have experienced something better than what they are used to, they’re going to keep giving their business to airline offering a better product Then, when they then waddle over to Cathay as a result of whatever of circumstances, they’re going to think that their product is absolute crap, and refuse to give their business to the airline again. 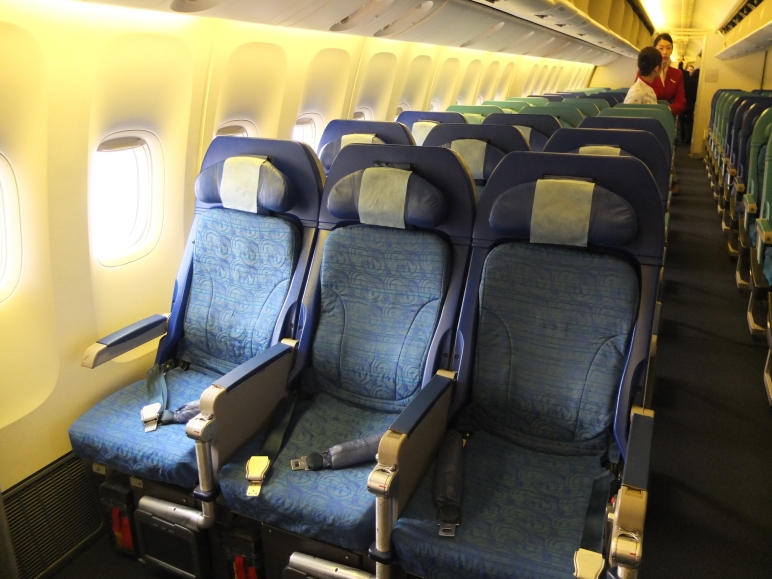 Fine, when you had your ridiculous shell seats you still managed to survive, so travellers must have sh*t for brains

Cathay Pacific, you’re already walking on a tightrope, balancing between crappy food, service and a customer satisfaction rate dropping like the price of oil (which, unfortunately, you won’t be able to take advantage of). Please. Don’t mess up your product even more, because I’ll be sure to tell you that “I told you so” when you get your butt whooped from angry customers.

My goodness, am I looking forward to not flying with y’all from Hong Kong to Newark next year.