It’s long been recognised that British Airways perhaps doesn’t have the best inflight offering. They have pretty pathetic premium hard (and to some degree) and soft products, truly horrifying and poorly designed lounges anywhere in the world, whether it’s in London Heathrow or JFK.

I mean, seriously, just look at their Club World product. Does that look remotely competitive alongside Cathay Pacific’s Business Class seats? The funny thing is that as of right now, there are no plans to actually change the overall shell of the seat. Seriously. 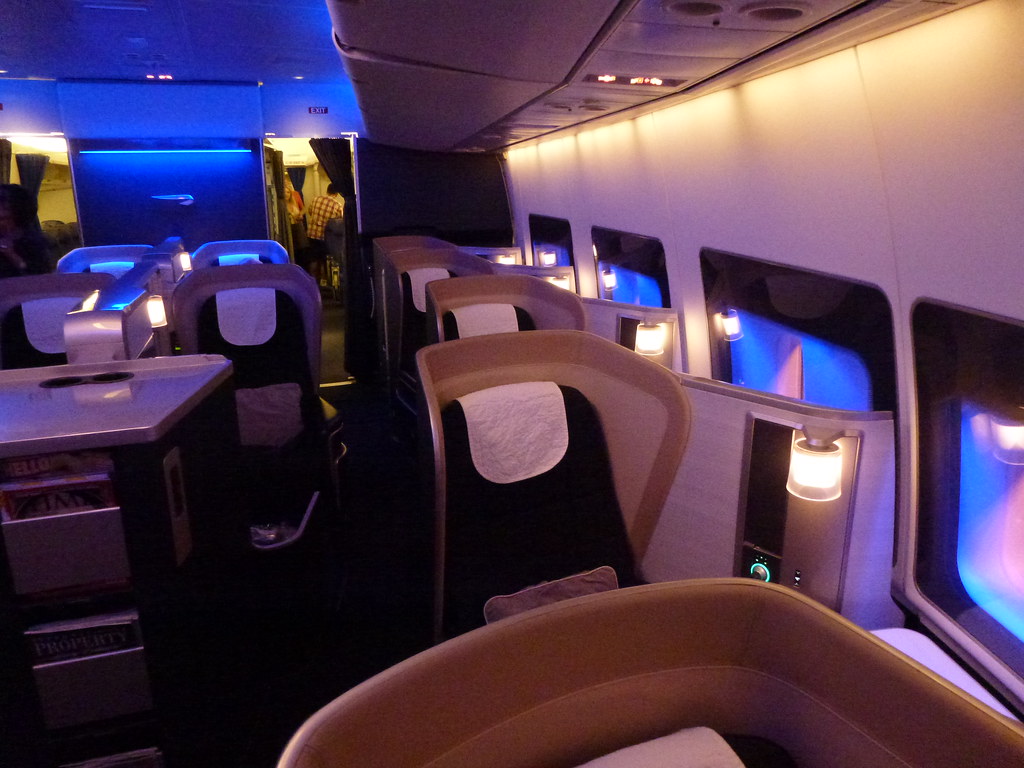 So, while BA has historically been pretty BAd, they still offered quite a solid product in World Traveller and World Traveller Plus. The seats were relatively comfortable, the entertainment was generally good (on newer aircraft anyways), the food was borderline edible and they had a nice little “tuckbox” on offer to passengers with all kinds of little treats.

However, British Airways’ current CEO, Alex Cruz, who previously hailed from Spanish LCC Vueling took one look at the existing World Traveller product and decided that it really needed some “innovation”. I mean…innovation certainly seems like a nice idea. Remember when Qantas innovated with their Economy dining and came up with a way to cut costs while actually improving the customer experience with the size of main meals? You know what? This actually sounds like quite a good idea!

Oh wait, they decided to cut something.

The victim was a pre-arrival meal on transatlantic flights to the East Coast (as far as I know). That’s a flight of approximately 8 hours. Even Cathay Pacific serves a full meal and a small snack box on a flight of 7 hours between Hong Kong and Cairns, and their catering is generally subpar.

British Airways now offers a single chocolate bar on transatlantic flights in Economy, and not even a full chocolate bar, but rather a party sized bar, like you get at your six-year-old cousin’s birthday party alongside a HORRIBLE rendition of the new “Let it Go“, as well as a screaming hoard of little kids.

I mean, seriously?! British Airways, you pride yourself in offering a “premium” customer experience and henceforth charge a significant premium for tickets, especially in comparison to your competitors. I mean, even UNITED offers a warm croissant/an inedible pastry upon arrival on their transatlantic flights, and they’re universally known as the stereotype of crappy American airlines. You know that you’re in a bad place when your soft product offering pales in comparison to virtually every other full-service airline in the transatlantic market.

What makes this sad is that up until recently I thought that despite having a horrible product in premium cabins, British Airways offered a nice enough Economy product, both regionally and internationally. The seats aren’t as wide as some other products in the industry and break as easily as iPhones, the IFE offerings on older aircraft are pretty crappy. However, the food is generally edible, with a decent amount of snacks for the peckish customer, and adequate portions.

And now, just when customer backlash is building up against these negative changes, British Airways is considering getting rid of free refreshments on European flights, something that was a key point of differentiation from their competitors, and have already started charging for snacks on long haul flights. Sure, that might drive down the operating costs and make tickets even cheaper, but you’re also ending up with a truckload of unhappy customers that won’t be coming back no matter how cheap that airfare is.

It doesn’t cost the entire production budget of the Avengers trilogy to give out free food on shorter flights, or to offer small snacks for people who are peckish on longer flights, or baking a plane-load of customers croissants for their enjoyment on mid-haul transatlantic flights. C’mon, you can do better than this BA!

British Airways is currently undergoing tough times, with intense competition from rivals in the Middle East who are poaching passengers right under their noses like young Texan girls are poaching wild animals in Africa. While British Airways’ doesn’t have bottomless pockets like some of their competitors (I’m not naming names, Emirates, but I’m not going to name any names, Emirates), but this can’t be the way to go forward. If anything, customer loyalty can be built up even further by actually offering a product that people are happy with. As BA drives down operating costs and clamps down on things that actually make the customer experience better, we’re going to see more and more customers choosing other competitors that are offering better services with similar fares (because remember, the ME3 can lower their costs and they’ll always have a sugar daddy to bail them out financially).

Yet, customer loyalty and a good inflight product doesn’t really seem to matter to BA’s sort of brand new CEO. Despite having achieved great successes with Vueling, I’m not sure whether the “low cost carrier approach” to all things product is going to sit well with an airline that prides themselves on their quality and stylishness.  Alvin has already written about how they’re not planning to actually improve their Club World hard product which has long been a disappointment of epic proportions. Something that I can’t imagine is going to sit well with the average business traveller, and now they’re even planning to cut some employee benefits such as free tickets for staff members, many of which don’t seem to be the happiest bunnies in the world.