Due to how close we were to the airport, we got there pretty early, at around 10 AM. Korean Air has quite a few check-in counters, and upon the agent not knowing what plane the second leg would be on, I knew there would be a high chance of an equipment swap for the 747-8 I booked. 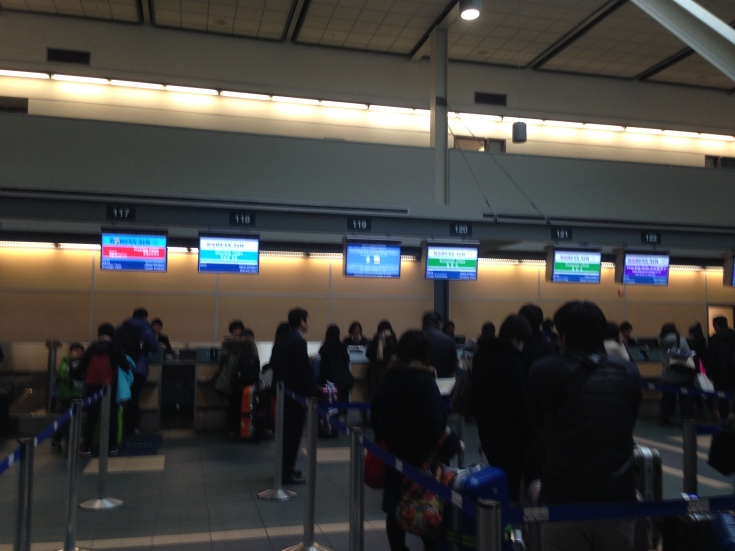 We made it past security, though one of our baggages that I was holding at the time needed an extra security check. The security officer and I both had a laugh when he opened the baggage to see it stuffed full of my sister’s pink stuffed unicorns.

The Plaza Premium Lounge Vancouver is located right past immigration. 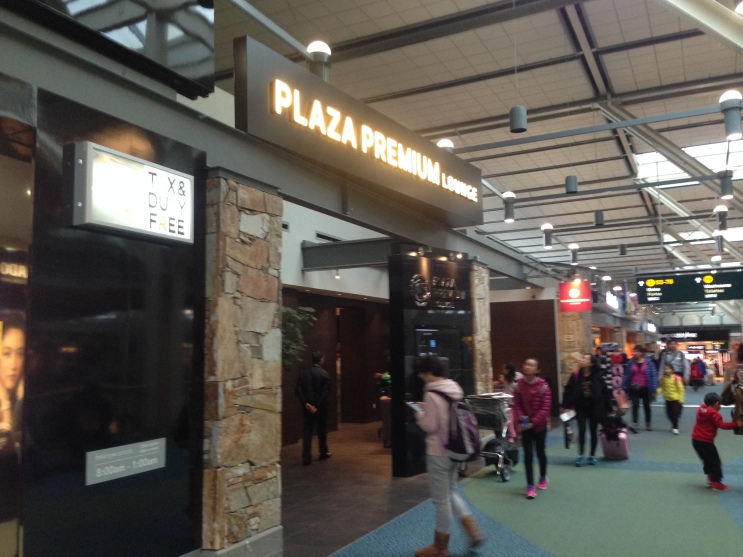 I was checked in by the friendly gate agents, and realised how crowded the lounge was. I decided to pay it a short visit, but the pictures are terrible – my apologies, this lounge was kind of the reason I’ve switched to a “real” camera now.

There was an area blocked off for Air France/KLM passengers – it used to be all SkyPriority members, but that changed.

Apart from the lounge areas pictured above, there was also a little dining area, which was also packed with people. 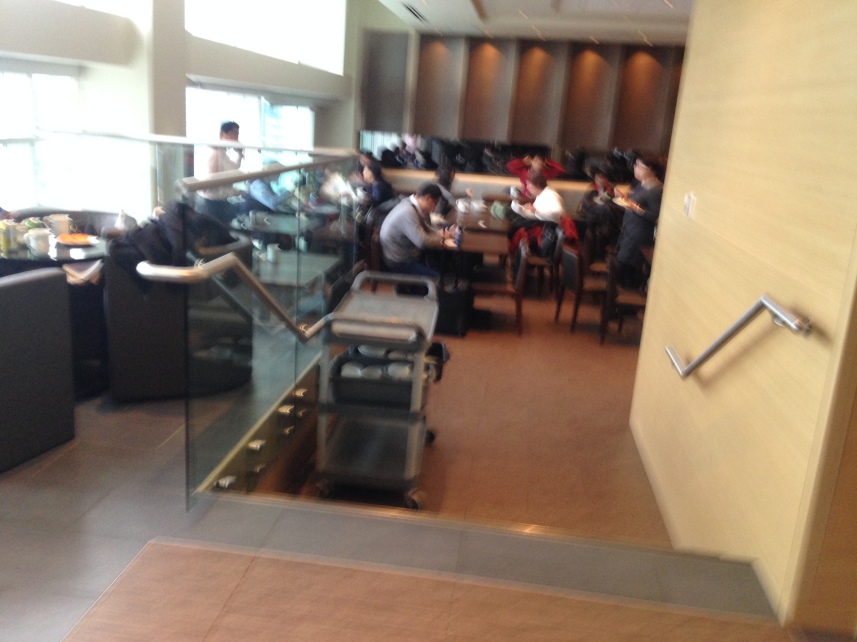 The spread was large for Plaza Premium standards, and not too bad. 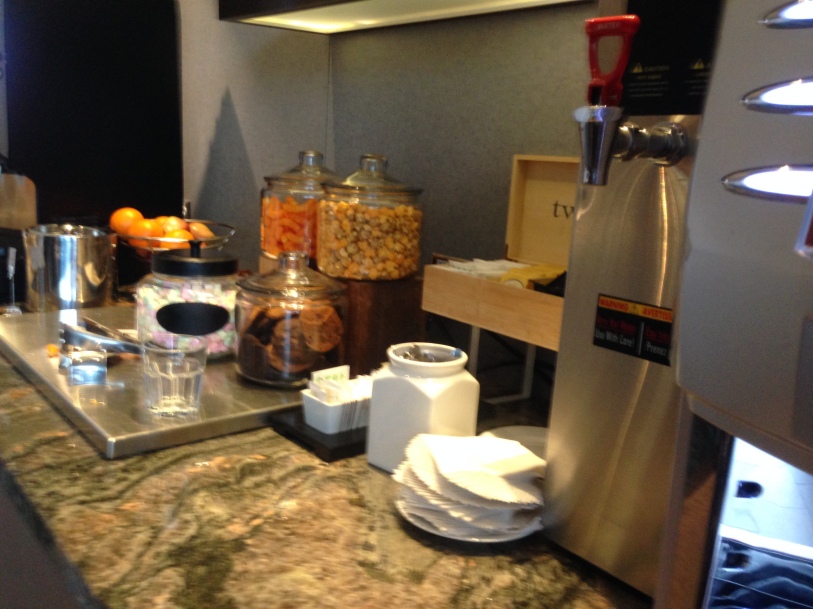 The highlight of the lounge, though, had to be the Air Canada 787 parked outside. While I was disappointed to not have one of those on the ride to Seoul Incheon, it’s not like they were affordable to start with anyway.

Here’s my beef with the lounge. The lounge shared WiFi with the airport, but they actually seemed to be proud of it. Upon asked, they told me that it was “free, fast and easy to use”. Well, I could barely upload a picture, so I’ll leave that one to them.

While it’s a nice space in theory, there’s only that much appeal to a Plaza Premium lounge packed full of people and with no WiFi advantage whatsoever. While the terminal was less aesthetically pleasing, at least it wasn’t as cramped.

I do like the design, but I did eventually leave half an hour before boarding time to take a few pictures of the big bird. 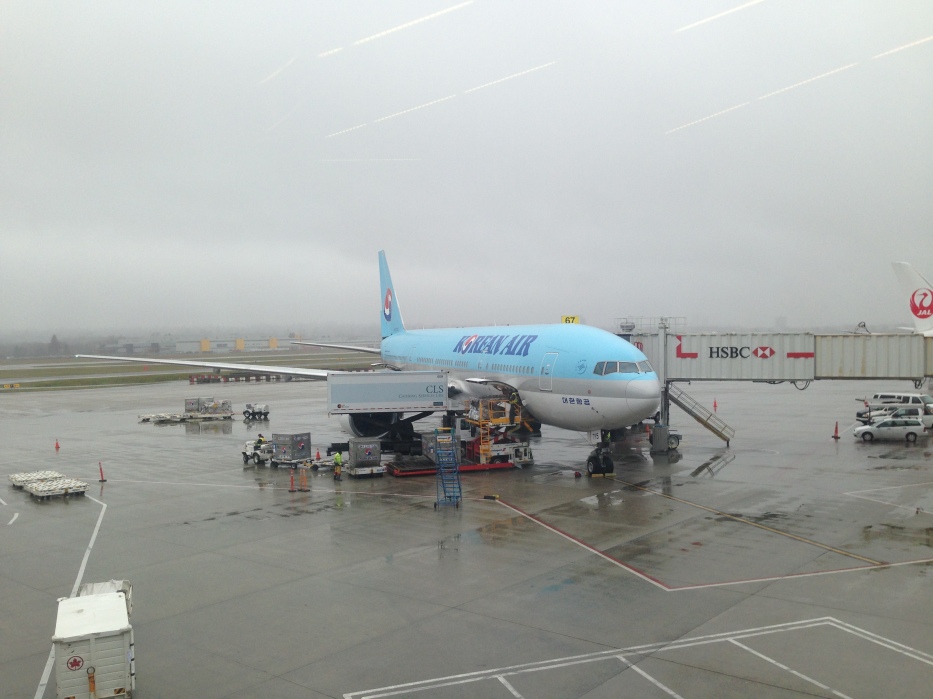 Our gate was released at Seoul Incheon, and it would be at the satellite terminal. I was informed the transit would be fast and easy, which it was.

Speaking of the Korean Air 777-200, boarding started at ~12:30 with all cabins, where I grabbed a final shot before hopping on what eventually was the newest plane of the journey (just 13 years…how new!). 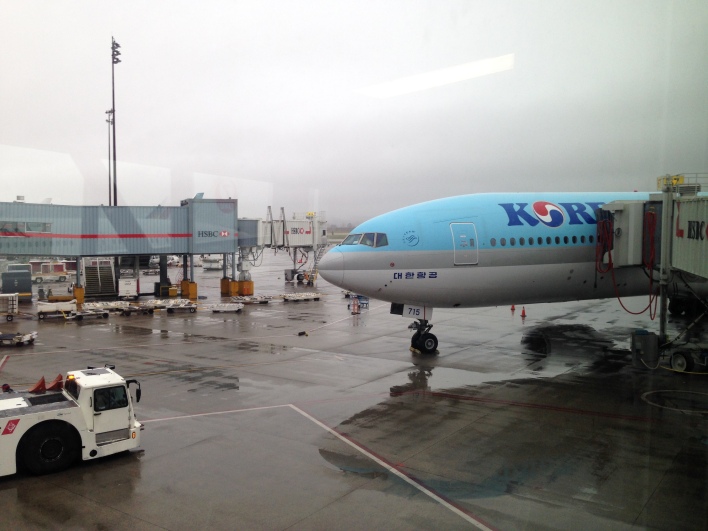