Alvin’s already published his take on the Cathay Dragon rebranding. Just to sum up his position, he’s  generally pleased with the new branding of Dragonair. However, as YTHK’s in-house cynic, I’m responsible for giving my take on things that I think are truly god awful.

This new branding is one of them.

So, in my true style, I’m going to be dissecting the different elements of the rebrand that I truly hate, and fault Cathay Pacific for doing.

1. Exit the Dragon. Enter the  Brushwing.

I’m going to be frank here. What the f&%^ was Cathay management thinking when they took the dragon and mostly removed it from the airline. The dragon was iconic, sophisticated and elegant. While the brushwing isn’t exactly a bad logo, it’s definitely a step down from the fire breathing dragon that adorned each side of the tail.

If you’re going to completely obliterate the dragon, then do it well and completely remove it from the airline. However, to “look back to our roots” or whatever, Cathay decided to keep the dragon, but bastardise it and downsize it and shove it right next to the first doors of the aircraft. It just looks out of place and an extremely lazy attempt at trying to retain the iconic logo.

I understand that this move was probably to align the Dragonair and Cathay Pacific brands together, and bring them closer. However, these two airlines, while in the same group have two completely different brand identities, with Dragonair being the younger, and fresher airline and Cathay being the more sophisticated airline. With the rebranding, the identity that drew in millions of Hong Kong-ers has now evaporated.

This is just lazy. Why is the airline called “Cathay Dragon”?! Does that roll off the tongue well at all? It sounds like a brand of dragon sculptures, not an airline! While it is probably the only way that one can marry the names “Cathay Pacific” and “Dragonair” together, it’s not a good choice. Most people call Cathay Pacific just Cathay. With the introduction of this new name, you have people confused as to which airline you’re talking about. Are you Cathay? Are you Dragon?

Oh wait, and then the “iconic brand designers” that redesigned the brand are going to say “It’s Cathay Dragon! It’s a whole new airline! It’s so cool!” 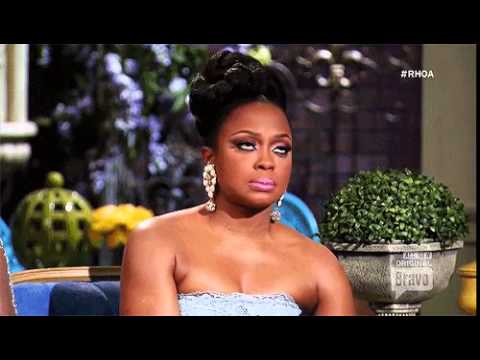 Six characters in a Chinese name. Hmmm, maybe six is the amount of seconds of thought the put into the name. Even worse is the fact that they’re simply merging the names of the two airlines, which will no doubt make for some interesting confusion when talking about the two airlines…

Sidenote: Whoever rendered this picture was being lazy. The Cathay A330 on the left, registration B-LAA, now flies for Dragonair and is no longer a part of the Cathay Pacific fleet, while the aircraft on the right doesn’t have the grey band that runs through the fuselage. To those who think “who cares?”, I’m an a$$hole, so naturally it’s my responsibility to pick up on these things.

3. How Much Money Did They Spend!?

They spent HK$100,000,000 on this. Seriously. One hundred million dollars spent on this. Given that you have so much cash Cathay, why can’t you do things such as keep airplanes from falling apart, or maybe improve your inflight dining (no, seriously). Oh, maybe you could not make us sit through 5 minutes of ads to watch a 20-minute sitcom episode? Oh, maybe retraining your cabin crew who are slowly getting b*tchier and b*tchier?

Nope. They just had to spend all that money creating a brand new brand that they could have done after 30 minutes on Photoshop. Take the Cathay Pacific logo, colour it red, then type the words “Dragon” in the current font and remove the word “Pacific” from the logo. There you have it! Oh, and I don’t believe that it costs that much to throw brushwings, a tiny dragon and some text on a plane. Again, that’s why things like Photoshop exist.

Cathay Dragon Airbus A330-300 Banking Into The Sunset

Last but not least, one of the biggest bones I have to pick is the whole unveiling of the event. Who did this? Cathay Pacific shows through this whole event that they were either in a hurry or have absolutely no attention to detail in their rebranding.

Can we take a look at the renderings of the aircraft? They look extremely computer generated and simply fake.

Does this look real to you?

Then, take a look at the Cathay Pacific new livery renderings.

I wonder which one looks more realistic.

This just proves that when Cathay wants to show attention to detail, they do it extremely well and care about aesthetics. However, when they don’t care, while it still looks nice, it’s a train wreck compared to everything else.