On the way to the hotel, I had one of the most stunning sunsets I’d seen in a while. I wanted to capture plane pictures with the sunset in the background, but that doesn’t fare well with a moving van. 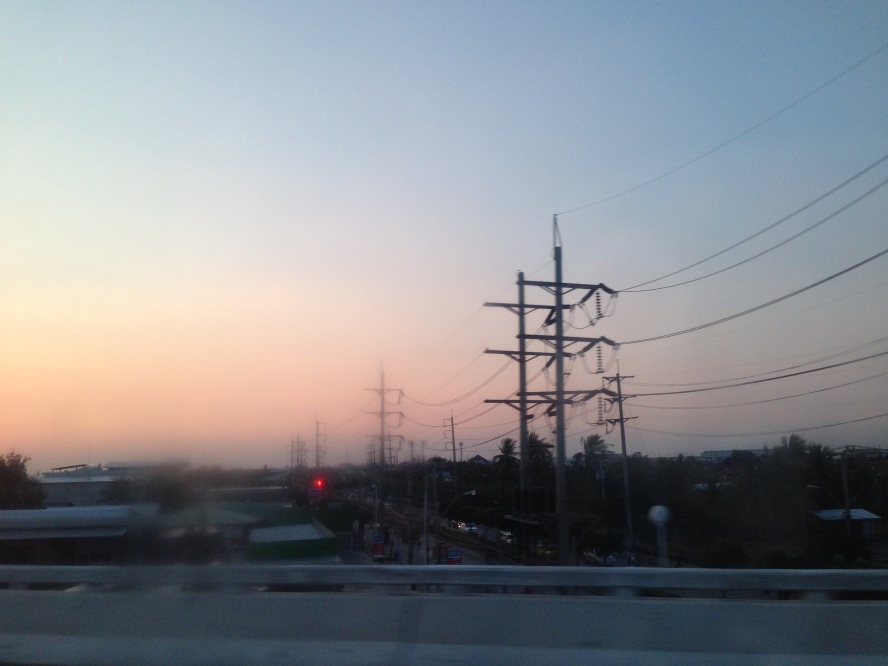 The hotel is located in the small district of Srinakarin, as the name suggests.

The exterior of the hotel is rather drab and modern at the same time – I think it’s the font of the hotel name that “saves” it. 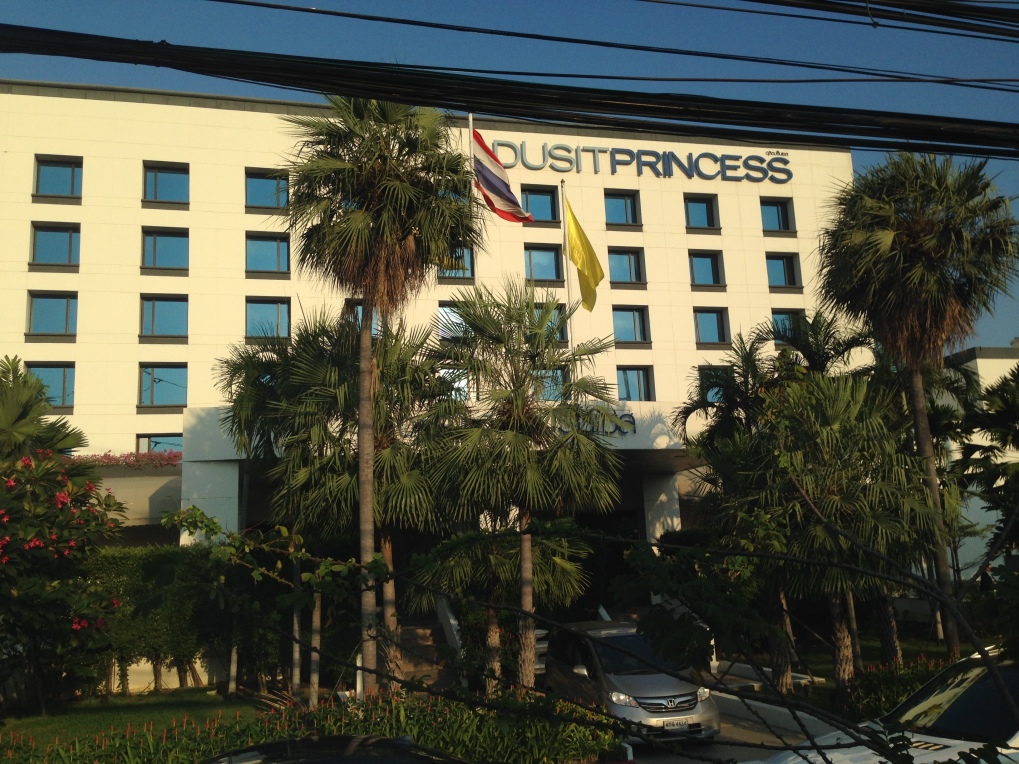 We arrived the hotel at around 6:30 PM. While the lobby is small, it sure is amazingly decorated. I loved the sofas and the modern touches everywhere, including the (low) chandelier.

We checked in, which took five minutes (that’s impressive for three rooms). Dex and I were assigned room 335, a short distance from the elevators (well while it wasn’t short, it was sure shorter than whatever was at the very end of the hallway). 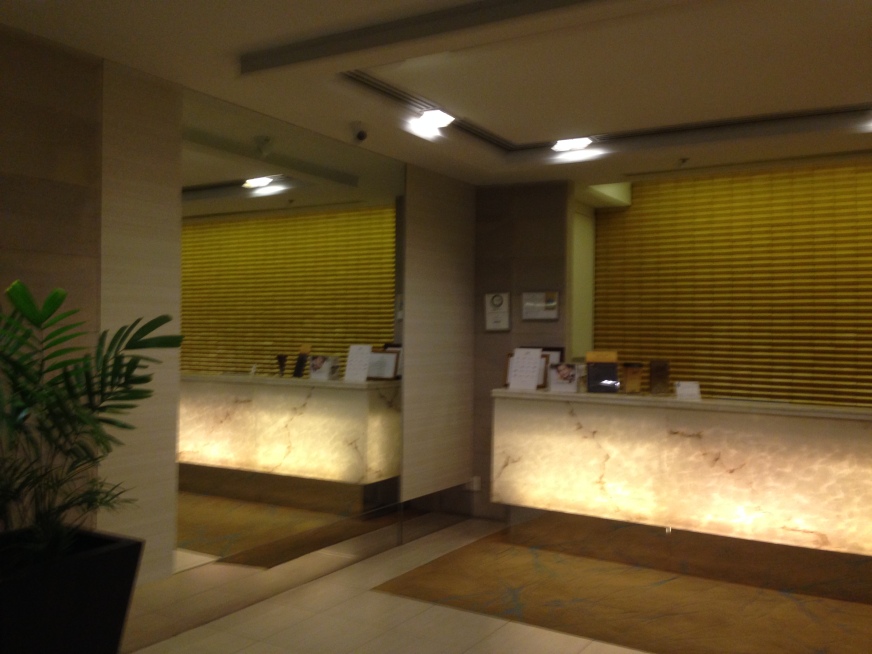 From there it was up the elevators to the third floor, where our room was located. Near the lifts were a bunch of aging chairs (while I’m sure they weren’t actually really old, that green colour doesn’t age well), but that didn’t stop us from using them to hang out with other people from our conference during the stay.

The hallways feel weirdly Japanese-style, in the sense that they kind of “curve” in at the top. While they’re not modern, they’re somehow charming.

Our room was at the front end of a turn in the hallway, and we found the signage, again, to be mysteriously Japanese. By that, I’m not talking about ryokans, but more about one of those Japanese business hotels that you find a lot in Tokyo or Fukuoka. 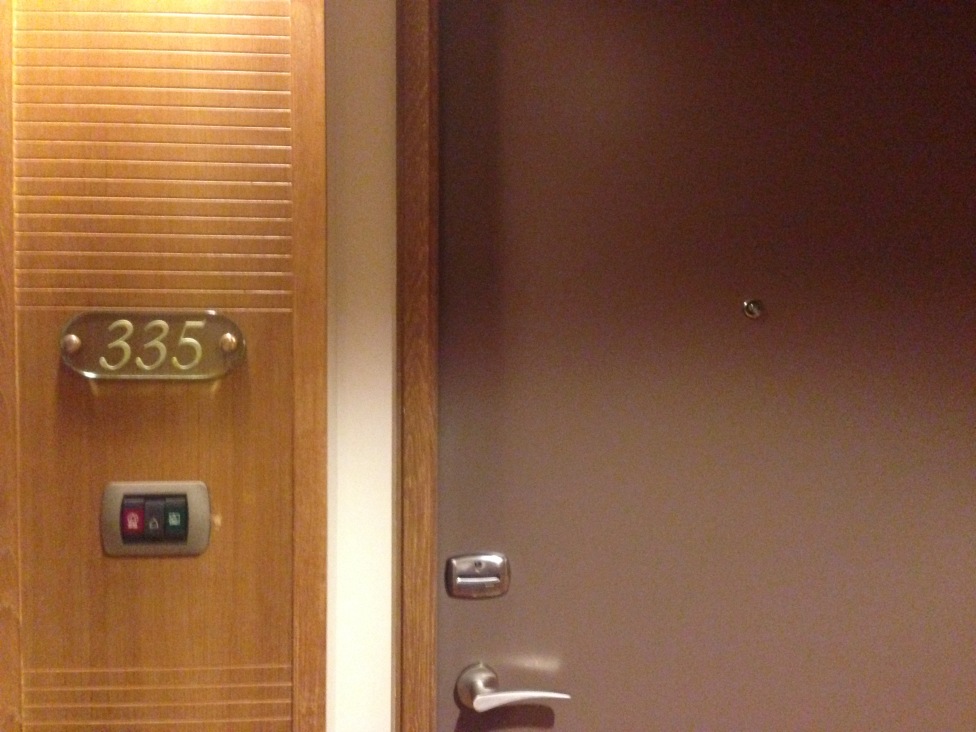 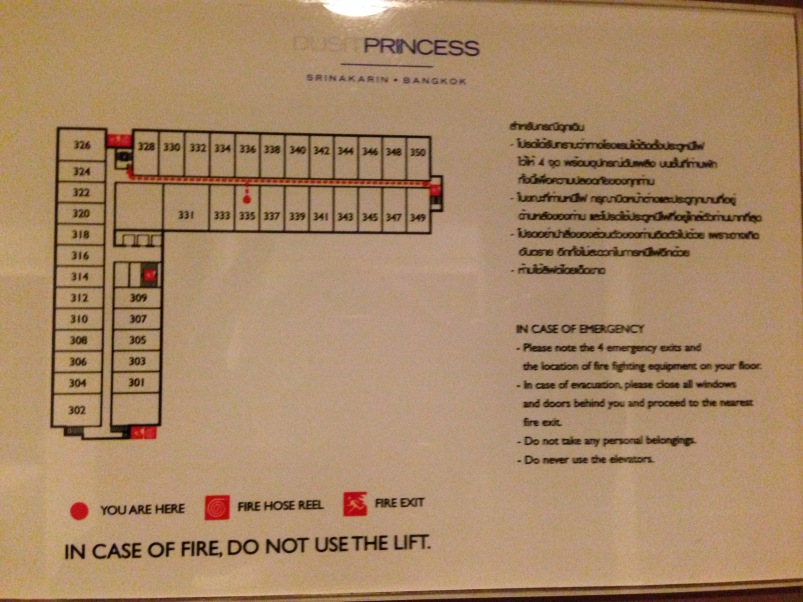 The room was nicely appointed. There were two comfortable beds, a chaise longue, a desk and chair, a flatscreen TV that we never used and a closet. It was of a decent size, though I do expect that in Bangkok unless I’m paying less than $500 for it (technically I was, but I was sharing with Dex). 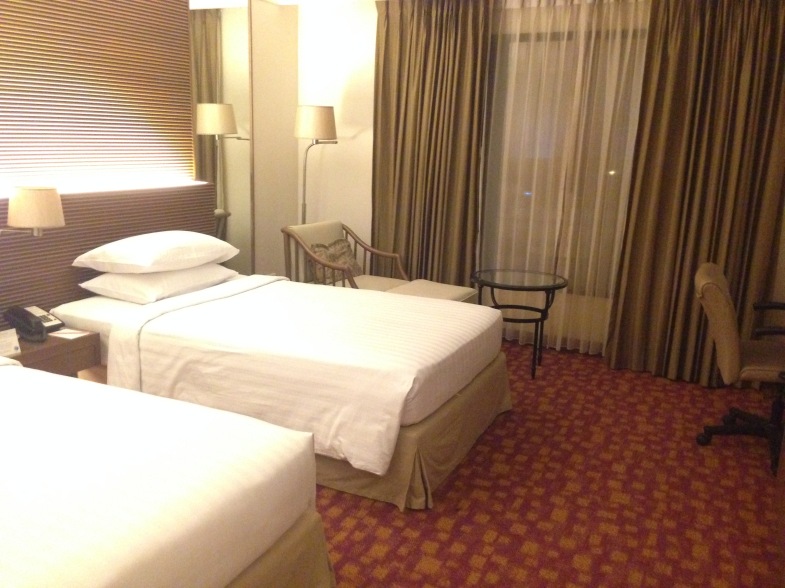 There was a lot of “tabletop space”, which I appreciated. Under the desk there was a minibar, though unfortunately there was nothing in it.

Speaking of the desk, it was of a decent size, and was easy to work on. However, as ergonomic as the chair was, the gravitational pull of the bed led me to succumb to its powers for all except the first night (where I was actually able to work for most of the night). 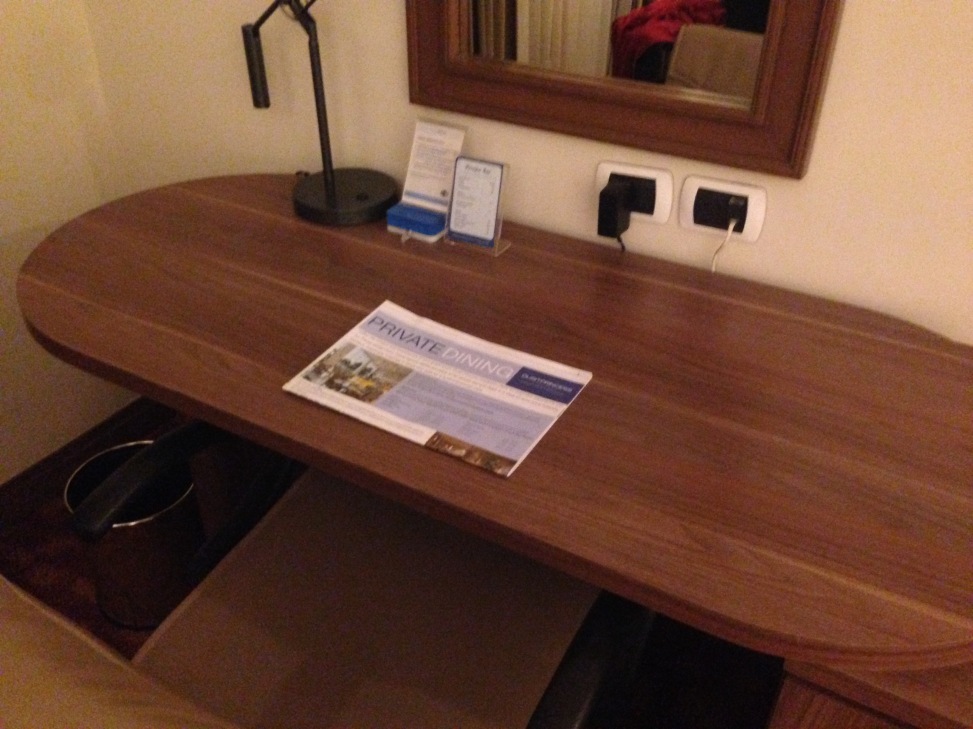 The view out of the room wasn’t spectacular, unless it was sunrise.

We had to be up by 6 AM one morning, and the sunrise was pretty captivating. 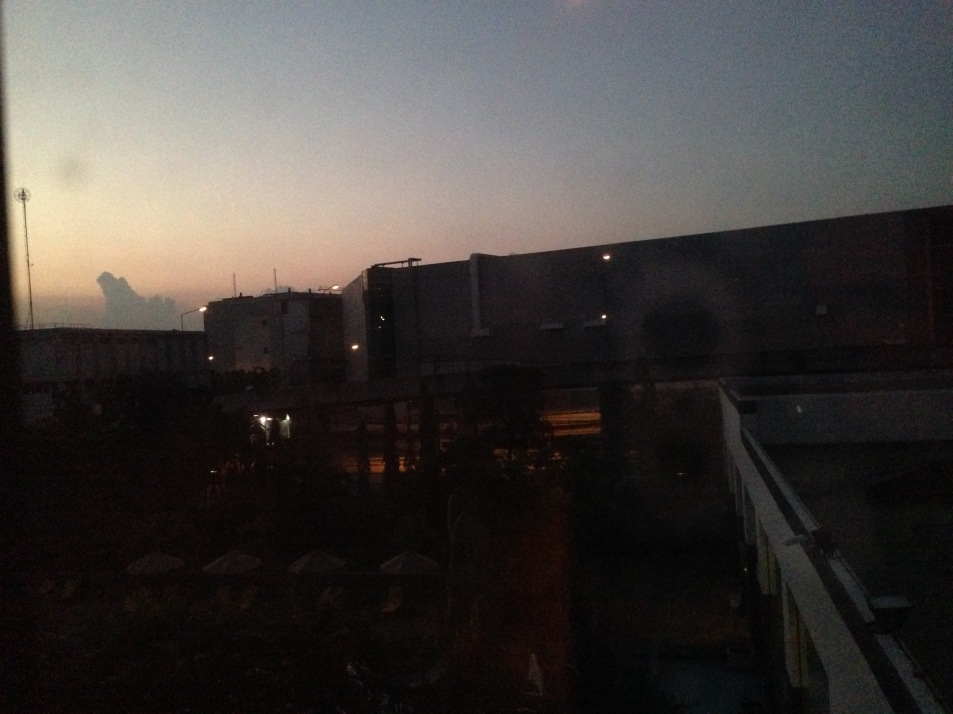 The bathroom was equally well appointed. While it was rather basic and featured a sink, shower/tub combo and a toilet, there was a lot of “wiggle space”, which I appreciate in hotel bathrooms.

The amenities were branded, though I forgot which brand it was. They were nice – not amazing, but not bad. 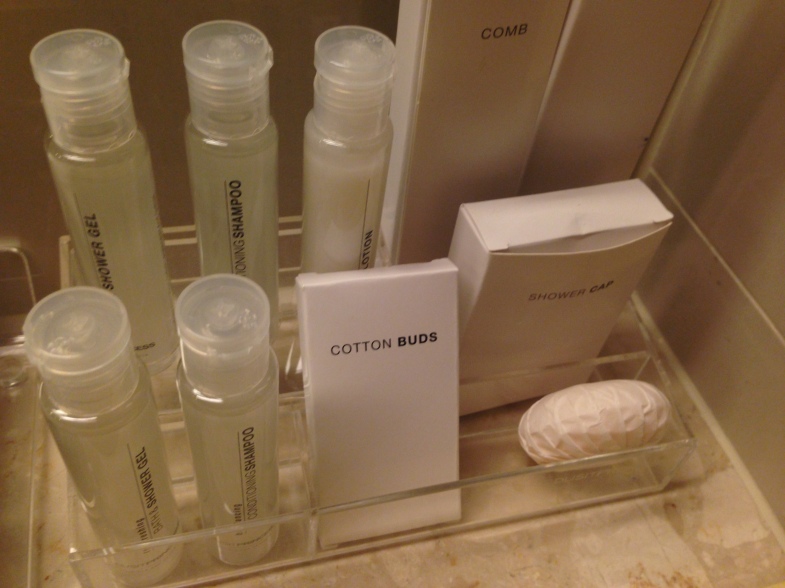 Overall, I thought the room was pretty well appointed, especially for HK$840 a night. It was comfortable, a great space to work in, and the WiFi was pretty fast.

The hotel provided turndown service, which I don’t usually see at more expensive hotels, but I’ll leave that to the rant I’ve already made. 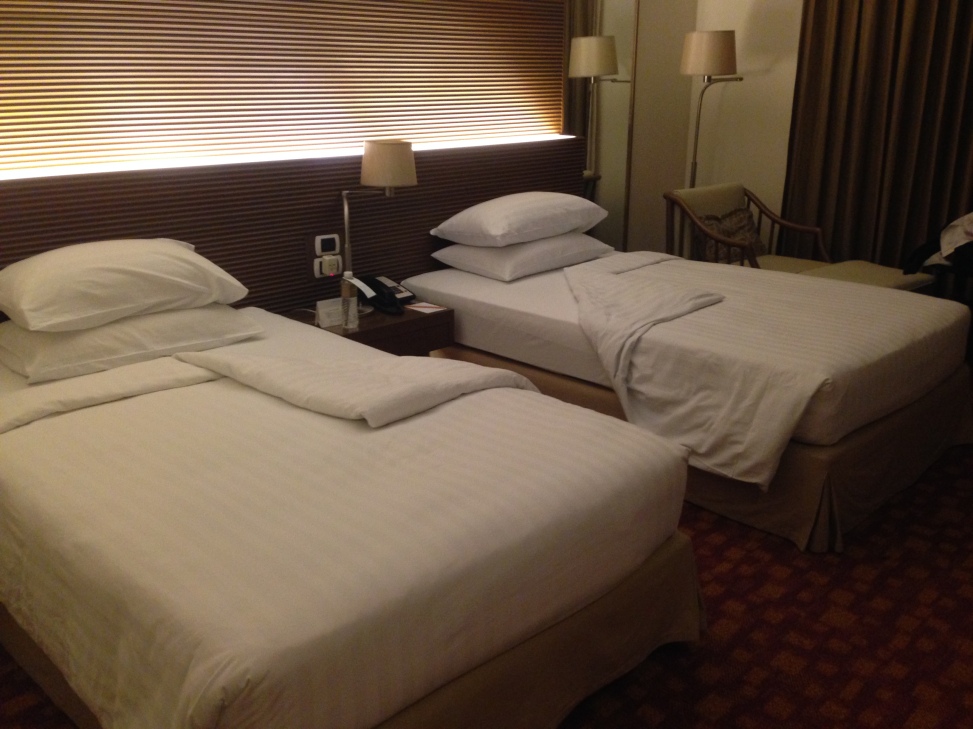 I apologise for the picture quality from here on. While I’m comfortable taking pictures of things people consider “weird” in front of people I don’t need to know, it’s harder when you have to meet some of these people and get close to them over the next few days.

We had dinner at the hotel the first night for THB 360 (~HK$80), which was served in the hotel’s restaurant. 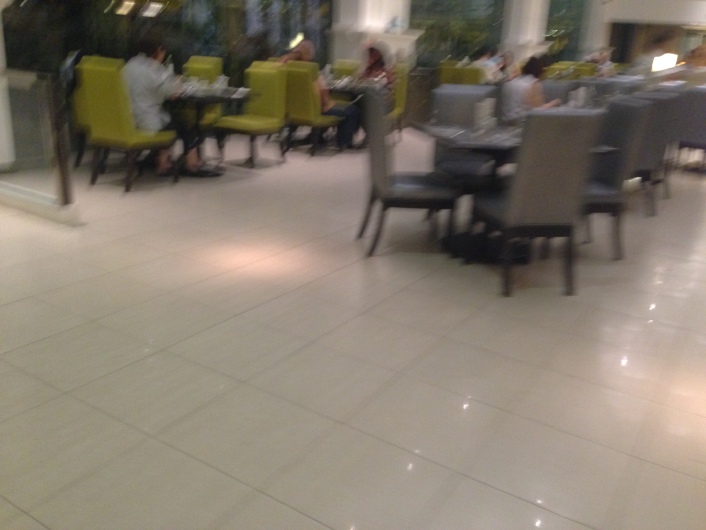 There was a pretty big variety in the spread. While the sushi quality was pretty bad, everything else was on the “acceptable” to “excellent” scale. 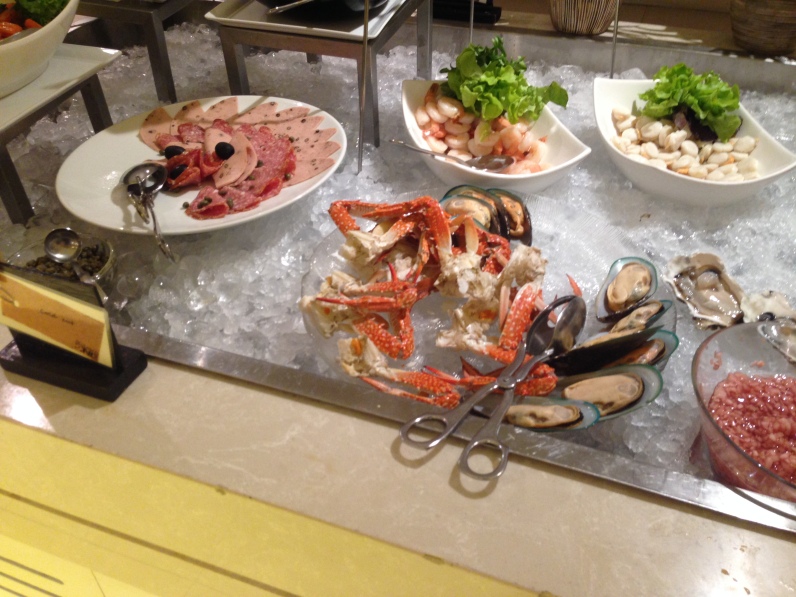 The breakfast spread was considerably better, though that probably has to do with my expectations (or lack thereof). Unfortunately I wasn’t able to take pictures of the hot items, but I tried to grab a picture of what I could anyway. 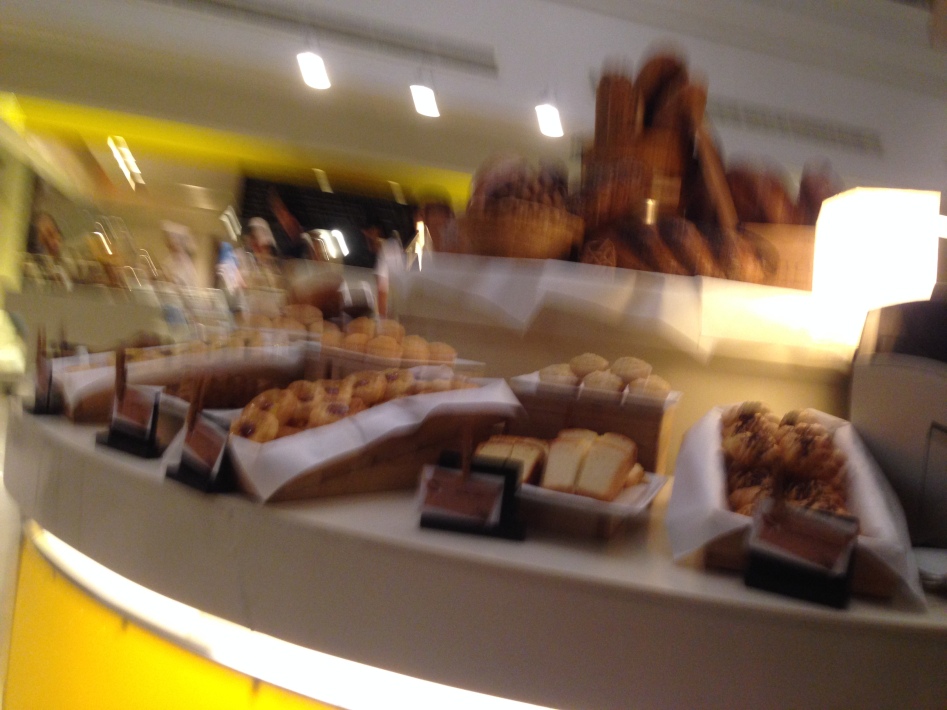 There’s a gym, a library and a pool, though I was loaded with work and didn’t have time to visit either.

Overall, I really liked this hotel and thought it represented an amazing value. While you get better in Bangkok, the Dusit Princess is near the city center, comfortable, and most importantly there’s fast WiFi for (future) business travellers like me.

I really wouldn’t hesitate to return, though there’s so much competition for the title in Bangkok so I’d probably stay somewhere different next time.

Assuming I can convince my mom how captivating Bangkok can be. 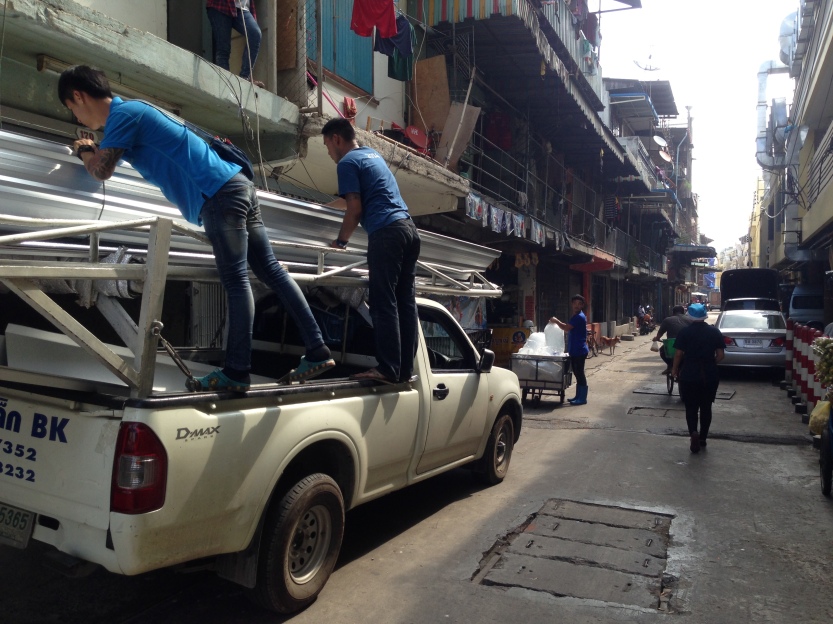