Even though my first flight was on Qantas (which I haven’t flown ever since), there’s something that speaks of “home” when I fly Cathay Pacific. I’ve reviewed both Dragonair and Cathay Pacific extensively across the blog, which included the first ever report on predecessor blog Hong Kong Airline News (remember that, folks?), when I flew in Cathay’s A340 shell seat from Hong Kong to Auckland.

While I’ve been going out of my way to fly other airlines, there’s just this pang of jealousy when, holding a Korean Air boarding pass (in business class no less), I walk past a Cathay Pacific plane at the airport. It’s no secret that I no longer think that they have a truly outstanding business class overall product, but home is never perfect, and Cathay Pacific just happens to be home.

I mean, a little history lesson on Young Travelers and Cathay Pacific’s products…

I’ve flown on Cathay Pacific’s new business class, which, while I’ve found a few improvements that could be made, is unarguably one of the top products in the industry.

I’ve flown in Cathay Pacific’s herringbone business class prior to the blog’s start, on the upper deck on a 747, then on the lower deck of a 747. Jason’s flown the A340 equivalent much more recently and reviewed it, and it seems like he enjoyed it more than my mom, who declared it a “toilet”. 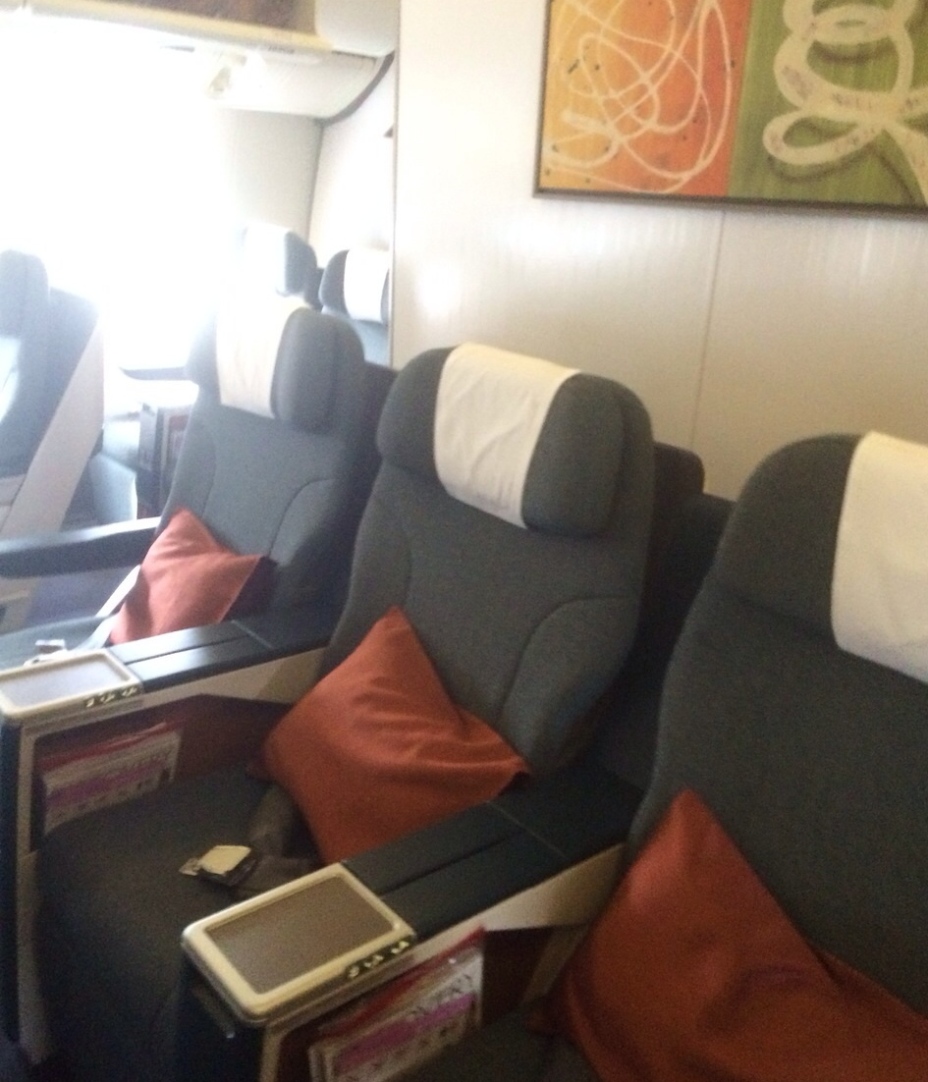 Prior to the blog I’ve also flown on Cathay Pacific’s old business class back in the day when Cathay released five business class seats even in peak season. I’ve flown the version which is electronically controlled AND the reclining sofas before that. Unfortunately little me didn’t take pictures, so I’m taking some and using them from the web.

I’ve flown in Cathay Pacific’s premium economy, which is pretty great for a premium economy product. (Jason has too, on much longer flights, and he’s taken much better pictures that I’ve used.)

I’ve flown on Cathay Pacific/Dragonair’s shell seats (they’re probably the seats I’ve spent the most in out of all seats in the industry). My back’s still intact, and was still intact after each and every one of the flights I’ve taken on those seats, so I’m proud of myself…I think.

I’ve flown on Dragonair’s old Airbus A330 economy class, which is being replaced, so I needn’t go too hard on it.

Lastly I’ve flown on Dragonair’s old Airbus A320 product. While I’ve had better service, the seats themselves weren’t too faulty.

In two weeks, I’ll be onboard Dragonair’s new A321 – I’ve flown their old one in economy, though haven’t found any pictures of my specific configuration.

Yes, with the exception of Dragonair’s newest A320 product, the three of us will have, in two weeks, flown every single product that the Cathay Pacific group has to offer. Does that count as home?

So, back on track. Whenever I see a Cathay Pacific plane with passengers boarding at the airport, I start to feel a pang of jealousy, how they’re flying my home airline. The livery has been around since I was flying in Cathay Pacific’s old regional business class in 2008 (and way before that), so all I can say is “wow, I’ve been in that so many times, it feels like I’m walking past home”.

The livery is just striking, as I’ve experienced so much with it. The white, green and red kind of symbolise to me “okay, I’m flying”. 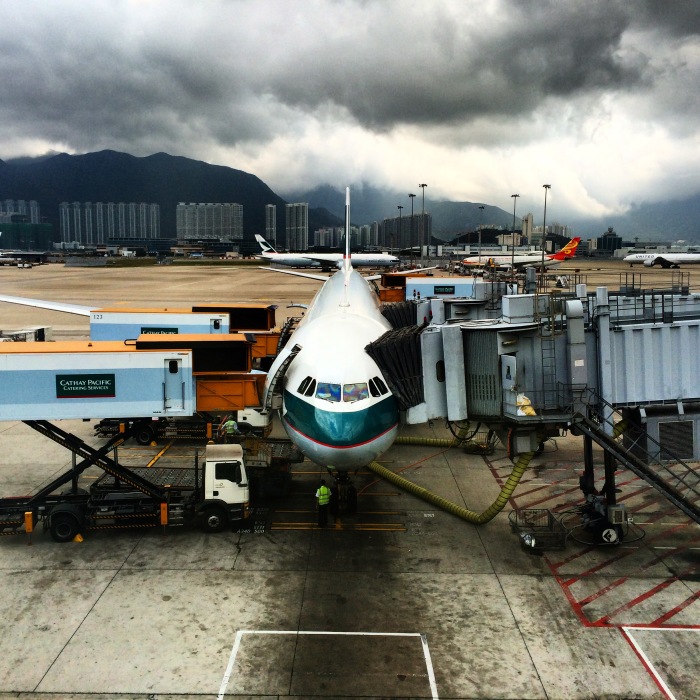 Naturally when Cathay released another new livery for the first time in twenty years, I did feel a pang of disappointment.

I’m happy to say, though, that Cathay Pacific has done a very good job in conceptualising a new livery. 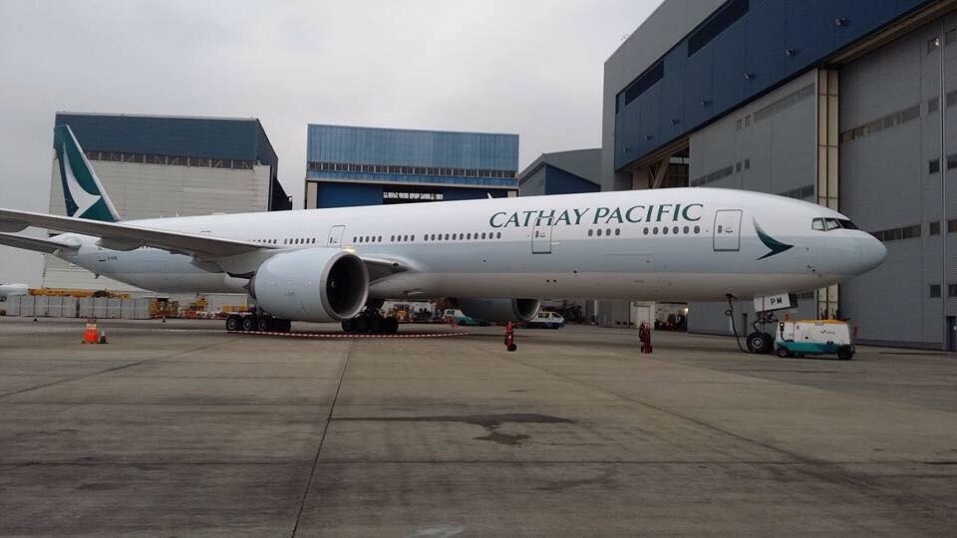 In case the picture isn’t enough, here’s a video:

In case that isn’t enough, there’s a PDF document for us avgeeks:

I think the new livery is great:

However, Cathay Pacific hasn’t been getting good reviews on YouTube. Most of the people have said that Cathay Pacific’s livery is “bland and bad”. While I disagree, people have different tastes, so I’ll paste what they’ve said:

Quite possibly the worst and blandest livery in Asia. If this livery represents “everything we’re about” then clearly it’s not much. What has happened to you Cathay? This livery is a disgrace to the Cathay name. Now that’s a livery I do NOT look forward to seeing on the A350.

What a terrible livery. its so bland and boring. the old livery is recognisable and everybody knows it but this just looks like every other cheap and terrible airline out there. You guys really messed up on this. What a way to wreck what was once a great airline.

While it’s definitely an upgrade, I agree that it takes away some of the nostalgia and flair I get from flying Cathay Pacific. Cathay Pacific is my home airline, after all, and a home renovation can be hard to get used to, be it for the better or for the worse.

What are your thoughts on Cathay Pacific’s new livery?