We took a KTX train down to Busan. While I’ll have a review of the return train, I only took one picture on the outbound, so I apologise.

We arrived the Westin at around 7PM. To say that the exterior was drab would be an understatement. 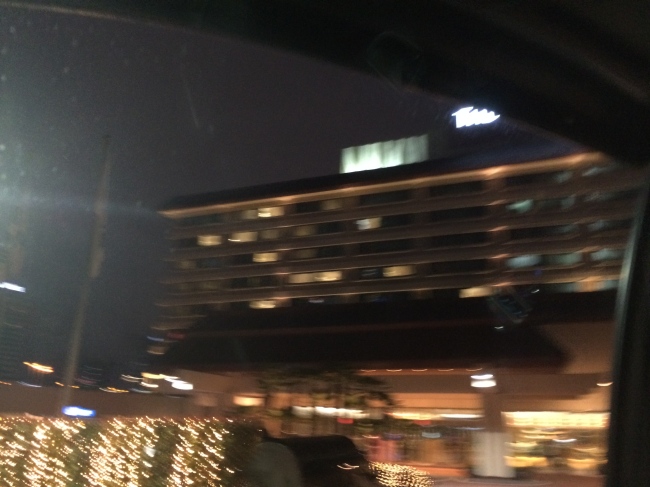 We were welcomed by a bellman who directed us to the SPG desk. The lobby was “classic chic”, in which it was classic, but in mint condition and rather colourful. 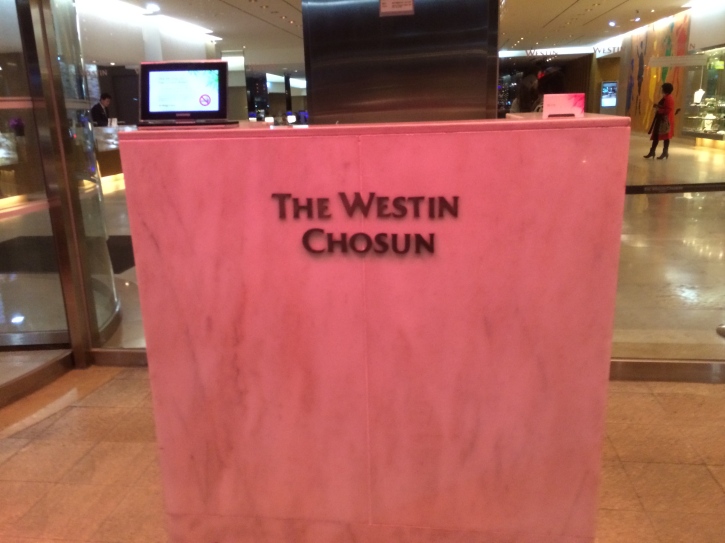 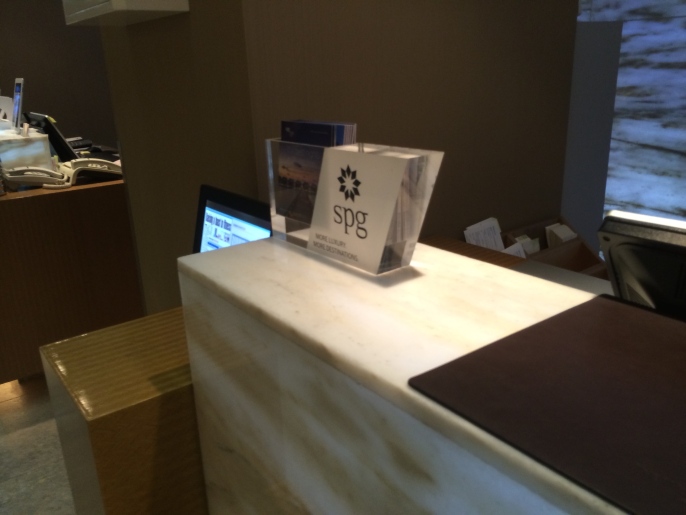 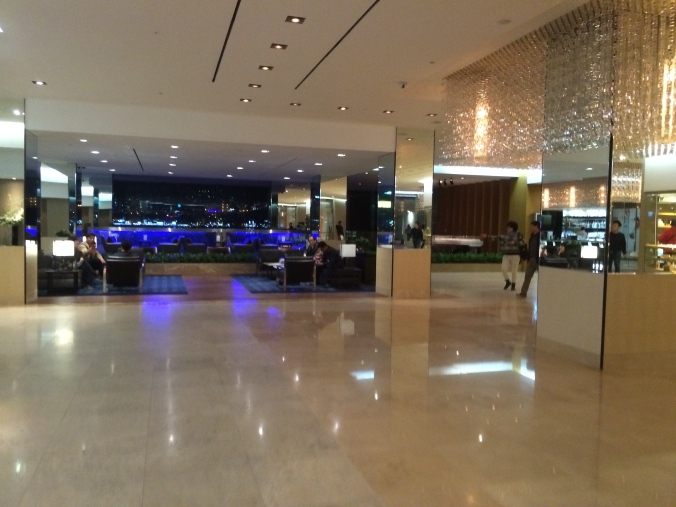 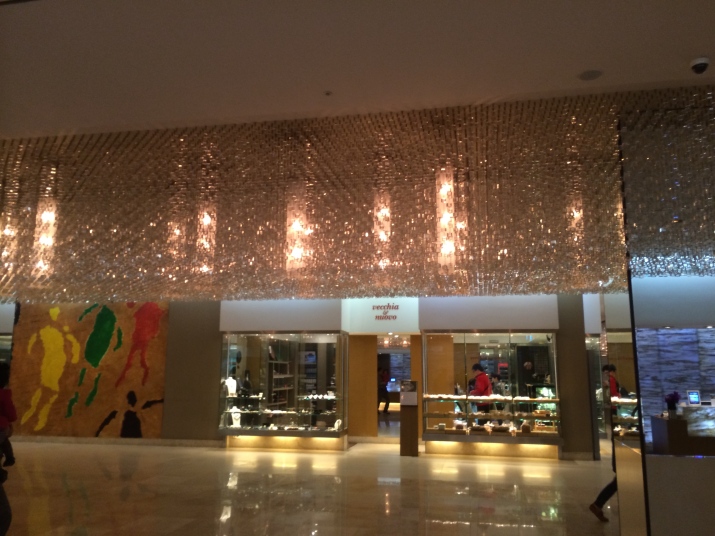 The lobby lounge looked chic as well, but more modern in that sense. 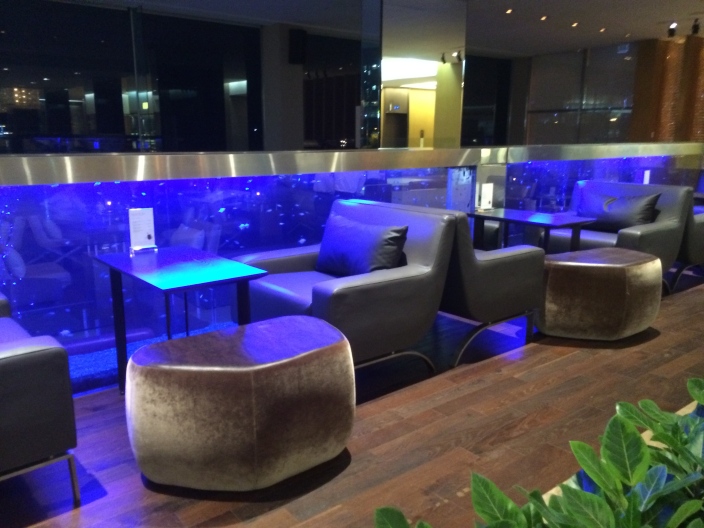 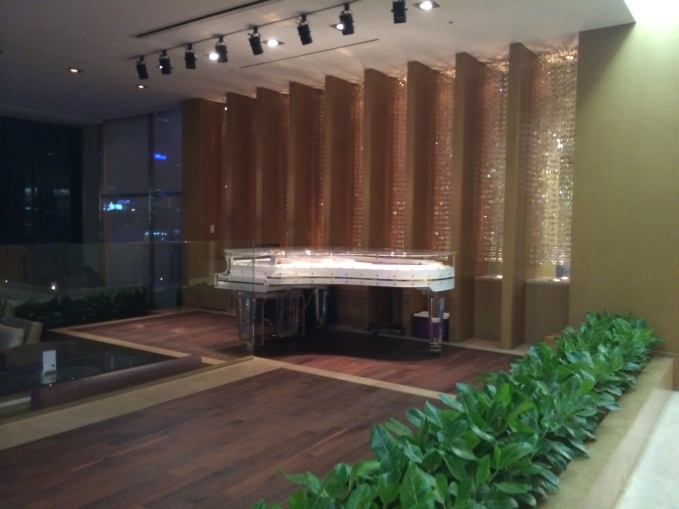 The check in process was rather long, but we were briefed all the details. Then we were invited upstairs to go to our room. Interestingly, we were assigned a Executive Deluxe Room on the club floor even though I was not allowed into the lounge.

At the entrance there was the bathroom, leading to the rest of the room.

The room was rather outdated in both the decor/finishes and the actual furnishing. It featured two beds, a desk and a chaise longue. 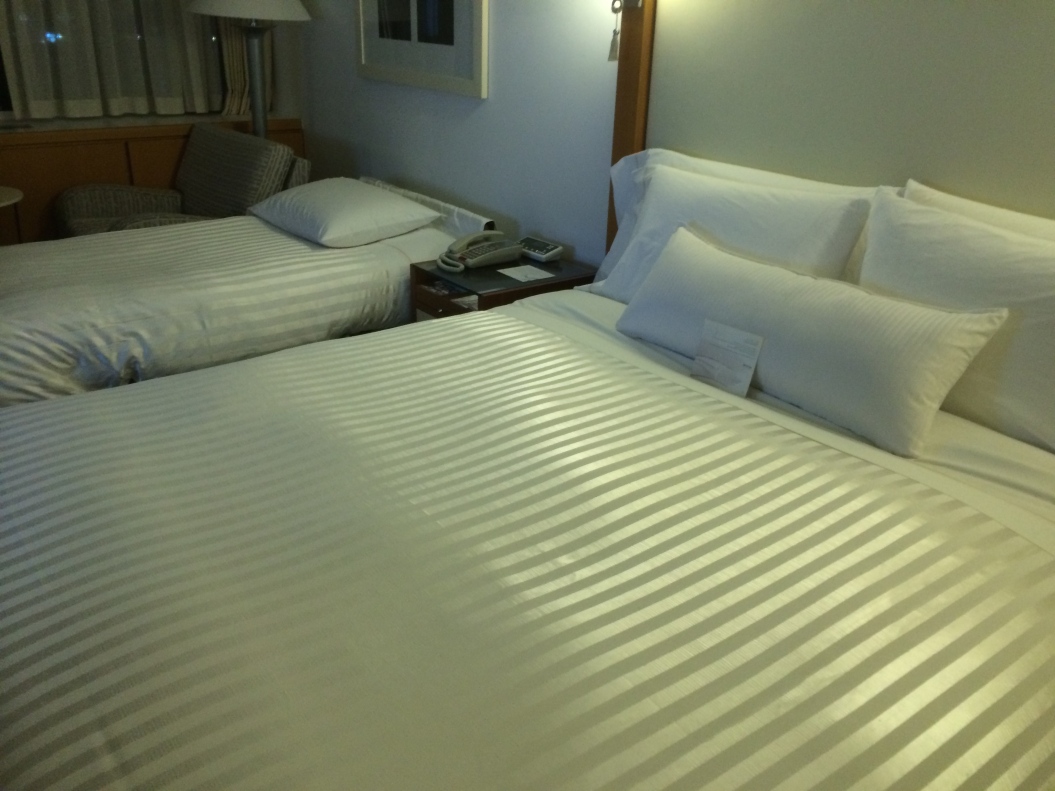 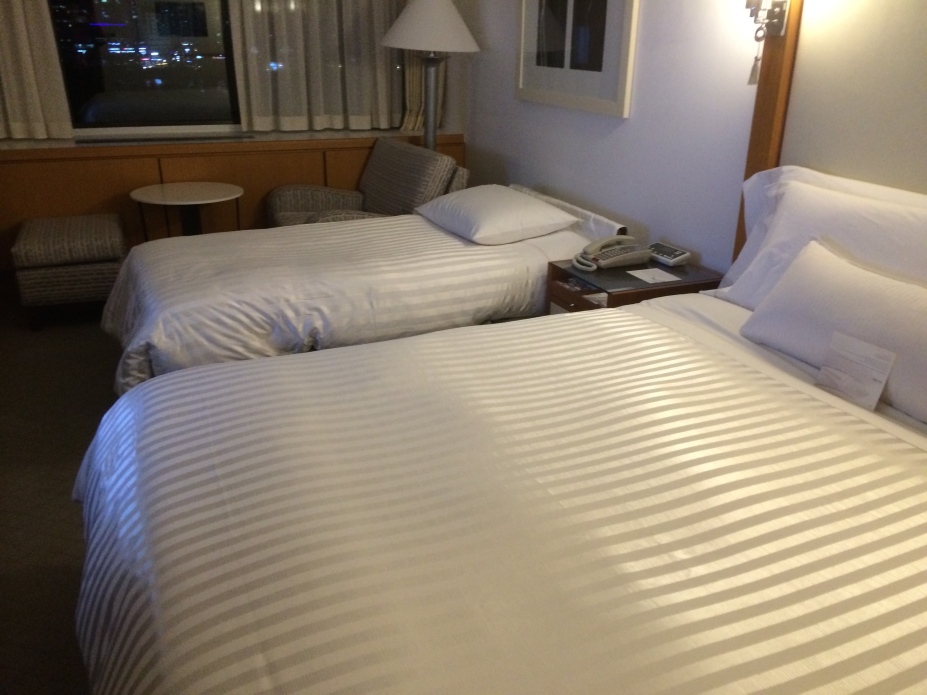 The desk was rather queer in design, in which it had a round end. 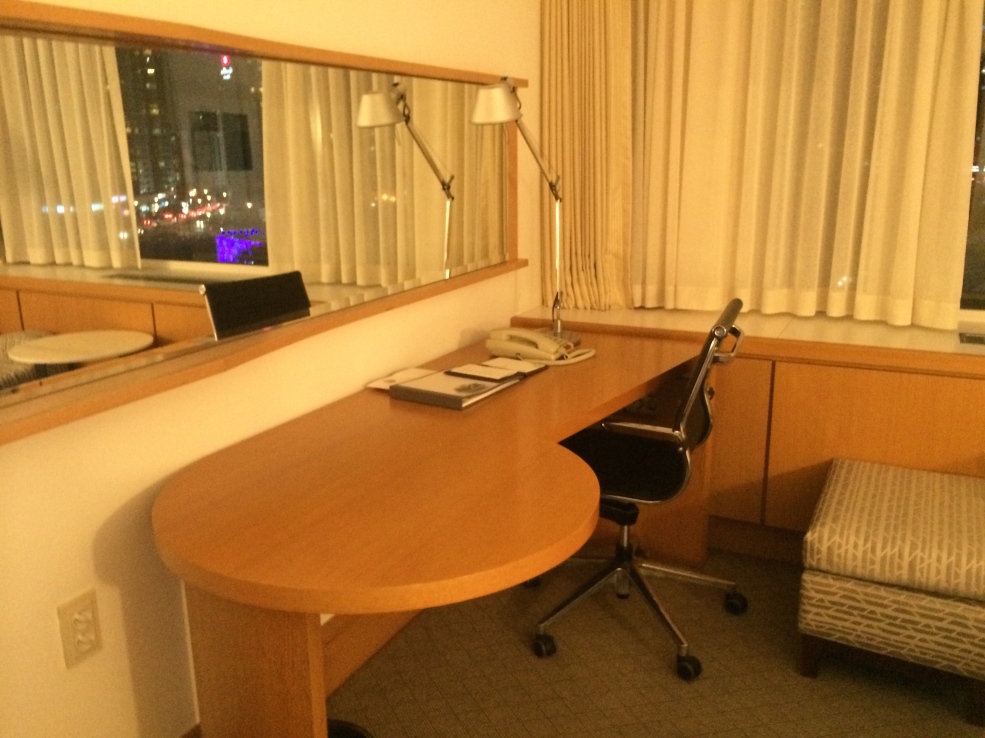 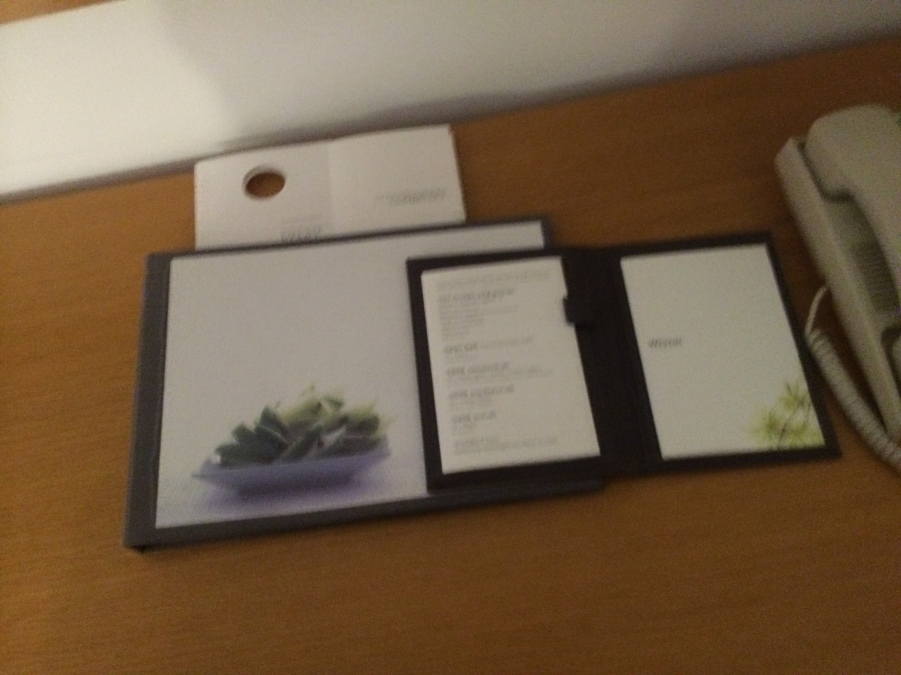 The bathroom was equally basic, with a hospital style toilet, sink and shower/tub combo. 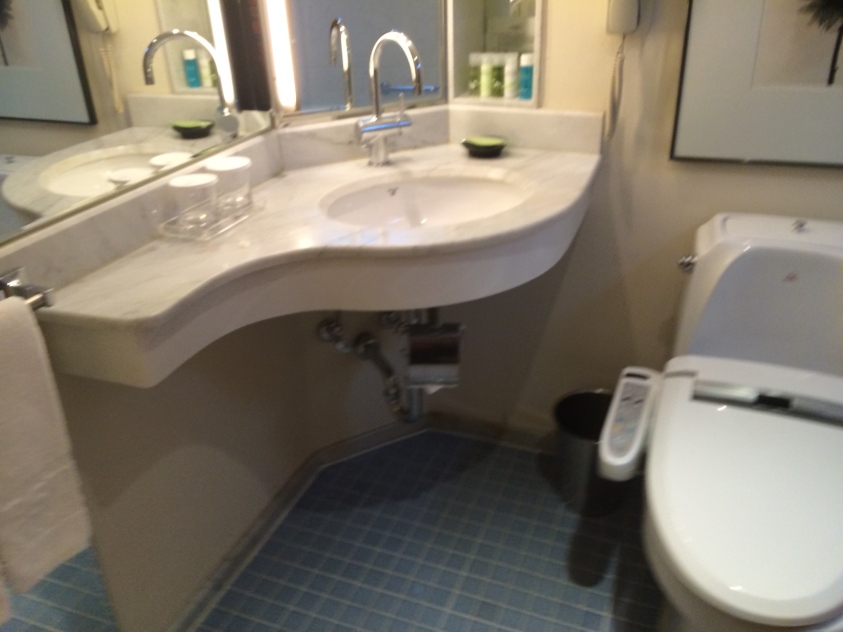 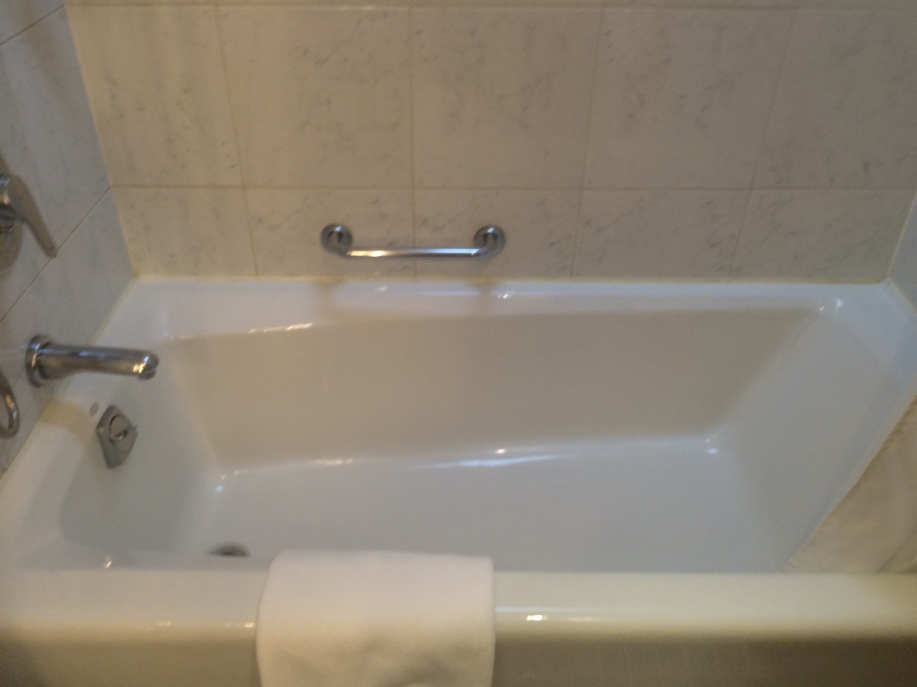 Overall I thought that the room was really basic, and while it was worth the HK$1,350 we paid for it, I wouldn’t imagine paying any more than twofold, which the rates can reach during peak season.

WiFi was fast and free, which was a blessing.

We barely spent any time at the hotel, so that’s really all I can report about it.

While a great deal for our stay, this is one of the worse Westins out there. The toilet was hospital-styled, the rooms were old and crumbling, and while the lobby was modern, it wasn’t like many people would spend time there.

I wouldn’t return unless everything else was sold out, regardless of it being a great rate.