As you may or may not know, I recently travelled to South Korea. I had an absolutely fabulous trip overall. However, I thought I would share with you some of the high and low points of the trip.

People in Korea are awesome, especially those who work in the service industry. Not only is service gut wrenchingly attentive and precise, but there is an old culture of politeness that while may not be good in terms of safety, but makes the service industry oh so amazing.

While on a train, the attendant bowed no less that 17 times during the 2 hour 40 minute ride!

There are also employees that just go above and beyond to ensure that travel is amazing. In my stay at the Westin Chosun Busan, we needed assistance with our train booking, and we were promptly helped by three associates who were attentive in ensuring that our journey would be safe and comfortable. 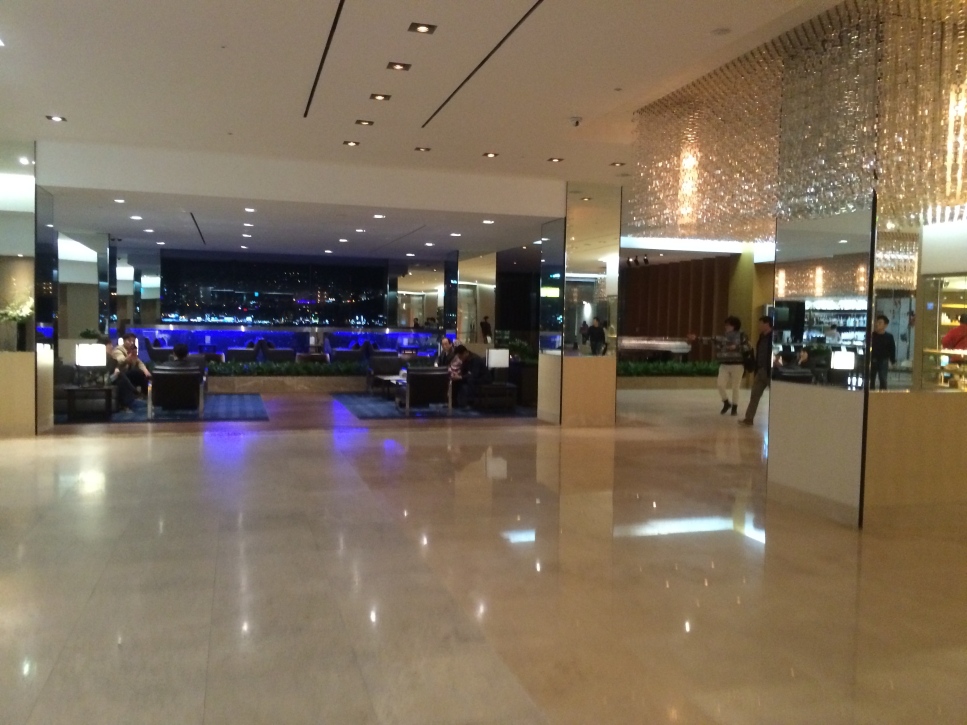 At the JW Marriott Seoul Dongdaemun, the associate manning the concierge was not only amazingly friendly, but helped us secure a booking at a coveted tourist attraction after we had lost our previous one. (The tourist destination was the Secret Garden of a palace).

I can’t applaud how good service is in Korea.

Something else worth noting is that the service on our flight to Seoul was some of the best that I have received on Cathay Pacific, even compared to my recent experiences in Business Class. The crew were very active in service and friendly, warm while being polished. The Inflight Services Manager was however the star walking through the cabin at least twenty times to chat with passengers. Thumbs up!

Half the time in Korea, we were just lost in translation and every single time we took a cab, the driver would bring us to a wrong place… It is worth noting there is a complimentary translation service set up by the Korean Tourism Board which I unfortunately did not take advantage of given that I was not aware of this service.

While staying at the Westin, I was distraught (nah, just kidding) to discover that club lounge access was limited to persons of under 14 years old. I’m very… very close to 14 yet I was not allowed… However, the spread was nothing special at all according to my mother, so I guess I missed out on writing a review dissing the Westin?

On the return flight which was in Business Class, I couldn’t help but notice some issues with the service…

The Inflight Services Manager didn’t actively manage the service (or so it seemed) and rarely ever set foot out of the Business cabin (where I was seated) and was literally flirting (or chatting) with quote from my mother “good looking business travellers.” Heck, my mom is a Gold member and she didn’t even lay her eyes on us!

Service aboard that flight was also quite “cold” and not as friendly as the outbound which is ironic since I’m comparing Business with Economy… I also found it strange that the Senior Purser was serving one aisle with another crew member while the poor flight attendant in my aisle was working her rear off. While it’s worth noting that she received a tad bit of support from the Flight Purser working in the galley, that was it and service was slower on our side of the aircraft.

a. Pushing people out of the way to get on an elevator faster
b. Cutting in line when others have waited for 2 hours
c. Spitting on the ground, and littering
d. Shouting loudly and screaming Chinese songs at attractions
e. Literally running into a train as if it contained a salve that would make one immortal
f. Sitting in chairs marked “Elderly Seats” in English, Chinese and Korean

Well… I thought so. Here was the finale that really made me blow up (not actually)

While staying at the JW Marriott Dongdaemun, there was this thuggish looking person that looked and sounded *upon hearing him speak* like a male, yet, while using the lavatory in the lobby, I saw him/her walking out the female washroom. This person was not only very rude in his mannerisms and acted as if she owned the place, but she was also extremely rude to associates. The person was also cackling to his friend that “I left a basketball sized sh*t down the side of the toilet, hope the cleaner enjoys cleaning it”. I was about to throw a pillow at this person when she also remarked “I took a drag of my cigarette in the washroom and it was so good!” Ma’am, may I remind you that it’s illegal to smoke indoors in Korea… I do not own any gifs in this. Please comment if you need to be credited